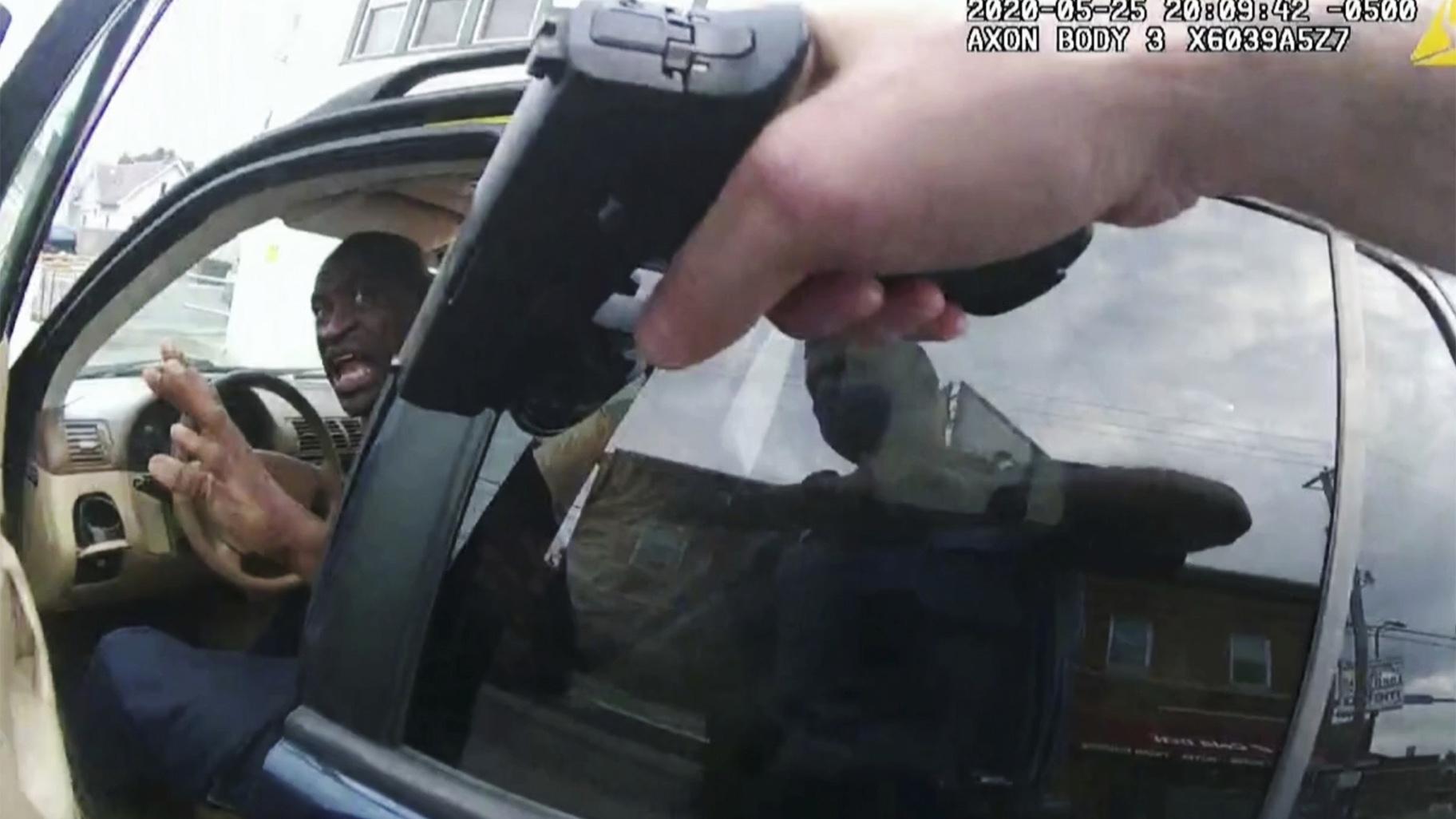 George Floyd responds to police after they approached his car outside Cup Foods in Minneapolis in this May 25, 2020, file pool photo from police body camera video. (Court TV via AP, Pool, File)

MINNEAPOLIS (AP) — A candlelight vigil to honor George Floyd ‘s memory at the intersection where he died was among the remembrances scheduled for Wednesday’s second anniversary of the Black man’s killing at the hands of Minneapolis police officers.

Activists planned the vigil, along with a rally at the governor’s residence in St. Paul, for the two-year anniversary of Floyd’s death on May 25, 2020, which ignited protests in Minneapolis and around the world as bystander video quickly spread.

The intersection of 38th and Chicago streets became known informally as George Floyd Square in the wake of his death, with a large sculpture of a clenched fist as the centerpiece of memorials. The city planned to unveil a street sign officially dubbing the corner George Perry Floyd Square just ahead of the vigil, with Floyd’s brother Terrence among those attending.

“Today we honor two years since George Floyd was murdered by former Minneapolis police officer Derek Chauvin,” Minneapolis Mayor Jacob Frey said in a statement. “Each day since, we have remembered George Floyd’s life and legacy as a friend, father, brother, and loved one. His name has been heard in every corner of our world.”

Colten Muth, 32, visited the intersection Wednesday to “make sure I’m paying homage because his sacrifice made a huge impact on the world.”

Muth, who identifies as mixed race, recalled watching the bystander video of Floyd’s dying moments from his home in the Minneapolis suburb of Burnsville. He said it hit him especially hard because he grew up just blocks from the corner, walking to the convenience store there many times as a kid.

“That could’ve been me facedown in the pavement,” he said. “It shook me to the point like even where I was living I had a sense of fear just walking around my own neighborhood.”

Muth called Chauvin’s conviction a “first step” toward holding police accountable, but said the city has done nothing substantial to improve policing and the conditions that led to Floyd’s killing. And he said the lack of federal policing reforms after two years was disappointing.

On Wednesday in Washington, with Congress deadlocked over how to address racism and excessive use of force, President Joe Biden signed an executive order on policing to mark the second anniversary.

Later events in Minneapolis include a Thursday gathering of families of loved ones who have died in interactions with police and a fundraising gala Friday aimed at raising money to preserve offerings left by protesters and mourners at the intersection where Floyd was killed.

An all-day festival and a concert at the intersection were also planned for Saturday.

Floyd, 46, died after Chauvin, who is white, pinned his knee on Floyd’s neck for 9 1/2 minutes as Floyd was handcuffed and pleaded that he couldn’t breathe.

Chauvin is serving 22 1/2 years in prison after being convicted of state charges of murder and manslaughter last year. The ex-officer also pleaded guilty to violating Floyd’s civil rights in a federal case, where he now faces a sentence ranging from 20 to 25 years.

“In Minneapolis, we will continue to say his name and honor his spirit,” Frey said. “In these days of reflection and remembrance, we must lead with kindness towards one another – and especially look out for and support our Black friends and neighbors.”