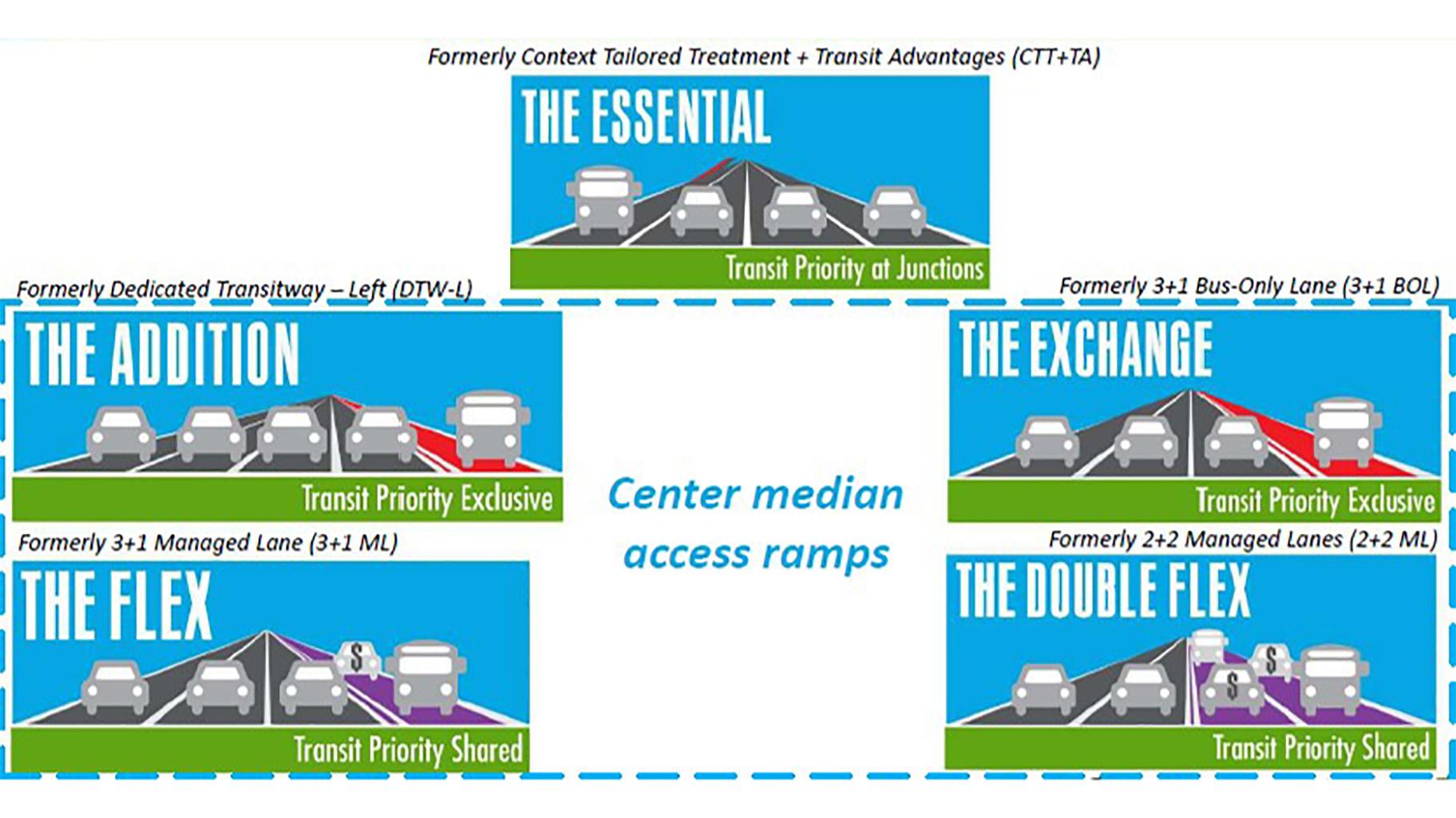 Better mobility for transit passengers and drivers, more green space, and a people-first focus were just some of the potential improvements to North DuSable Lake Shore Drive touted by leaders of the Redefine the Drive project Thursday.

Redefine the Drive is a years-long effortled by the Illinois and Chicago Departments of Transportation to improve the iconic, aging roadway. Right now, there are five options on the table to reconfigure the lanes:

At a virtual meeting of the task force working on the overhaul, members of the Redefine the Drive team outlined a study of how the different potential layouts would affect travel times for transit passengers and drivers under different weather conditions during morning and evening rush hour. The four options with bus-only or bus-and-toll lanes were best for transit travel times. The Essential, Addition, and Flex offer the best travel times for drivers.

Critics of the project have called on planners to stop considering the Addition, saying an extra lane – even if it’s transit-only – will eat into land around the Drive and encourage more people to travel by car, since the roadway will have more capacity in the non-transit lanes.

“We’re looking at different ways to prioritize transit,” said Pete Harmet of engineering firm CBBEL, who worked on the study. “Each one of the alternatives is limiting auto capacity in one way or another … I think we’re covering that pretty thoroughly.”

The meeting also outlined expected improvements to green space, both within the “transportation footprint” – things like the roadway median, setbacks at on and off ramps, and separation of the Inner and Outer Drive – as well as in Lincoln Park, which occupies nearly 1.2 million lakefront acres from Ohio at the south end to Ardmore in Edgewater at the north end. Project planners say all the options on the table would create a net gain of 80 acres or more of parkland. Even if the Drive grows in size, proposed Lake Michigan infill would compensate. It’s also an opportunity to shore up the lakefront, which has taken a beating in recent years due to high water levels and severe storms.

At Thursday’s meeting, officials announced an online survey open to the public aimed at learning more about how people use the lakefront, and gathering suggestions for how it might be improved. Also announced was an observational study to see who spends time at the lakefront and how they interact with it. Study volunteers, drawn from task force and project team members, are set to take four-hour shifts documenting what they see at four lakefront locations on a Thursday and Saturday in June.

The study will allow planners “to understand how the site is being used today: who’s there, who’s not there, and how the space is encouraging or discouraging certain kinds of behaviors,” said Sophie Kvist of urban design firm Gehl, which is working on the project.

“With the changes that are coming and are in development … there’s an incredible opportunity to build on this original vision for this lakefront and celebrate the lakefront as this grand public life asset that it is,” Kvist said. “To ensure that the lakefront continues to be and is a place for people, we need to re-center the design conversation on people and experience.”

Meeting participants raised concerns about ways to reduce speeding through roadway design. Since one of the project’s long-stated goals is to remove the congestion-causing stoplight at Chicago Avenue, planners say they’re limited in how they can reduce speeding without signalized intersections. The redesigned Drive is set to have 11-foot-wide lanes, a common size on arterial streets and a foot shy of highway-sized lanes. Project watchers have also called for safer lakefront access for cyclists and pedestrians, which planners have pledged to create.

Project leaders expect to discuss a preferred design for the reconfiguration at a task force meeting in the fall and hold a public meeting in the winter. A final choice on the redesign is expected by the end of next year. Early construction estimates put the price tag at $3.4 to $3.7 billion, with officials planning to go after federal, state, and local funding.

You can view the presentation deck from Thursday’s meeting here and fill out the lakefront survey here.