Lightfoot, Adams Pledge to Work Together to Stop Crime 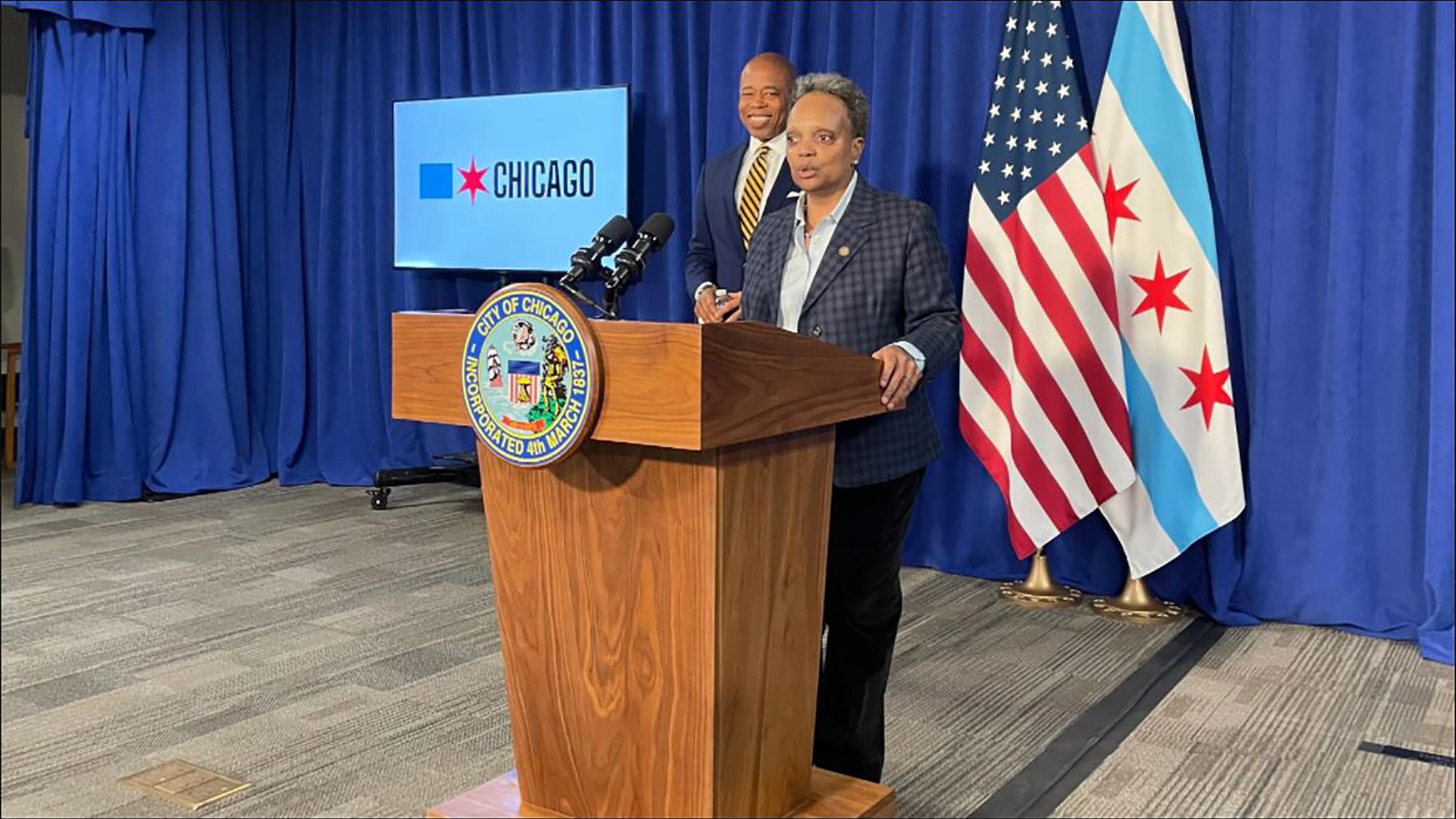 Chicago Mayor Lori Lightfoot met with New York City Mayor Eric Adams for 40 minutes Friday afternoon to share tips on how to stop a surge of violent crime that poses political peril for both Democrats.

Both Lightfoot and Adams have pushed back against policies adopted in the wake of the police murder of George Floyd in May 2020 that were designed to address inequities in the criminal justice system fueled by systematic racism.

“I know we are going to be great partners in the work we are all doing to make sure our residents can live safe and vibrant lives,” Lightfoot said at a hastily scheduled City Hall news conference.

Adams said Lightfoot “clearly understands it is the combination of prevention and the intervention” that is needed to stop crime.

“We have to turn off the faucet that is continually feeding the river of violence in our cities,” Adams said. “There is a tint of racism to this.”

America defines a crisis as anything that happens outside cities that are home to “Black and brown” residents, Adams said.

Lightfoot agreed that city officials must do more to make sure young Black and Latino Chicagoans know their futures are not defined by drugs, gangs and violence.

“We’ve got to do more to make sure that we intervene in a proactive way to provide support and love to these young people at the earliest possible stage in life,” Lightfoot said.

Adams endorsed the announcement by Chicago Police Supt. David Brown that the department would no longer require some prospective officers to have at least 60 hours of college credit.

“We’re going to look to duplicate that in New York City,” Adams said.

Like in Chicago, the New York Police Department has been buffeted by a wave of retirements.

Lightfoot and Adams have also pledged to reform their police departments, which have both been beset by allegations of police misconduct even amid continuing calls for reform.

Lightfoot said specific reform initiatives were not on the agenda for Friday’s meeting, although both told reporters they were committed to ousting officers who violate residents’ constitutional rights and rebuilding their communities’ trust in the police department. 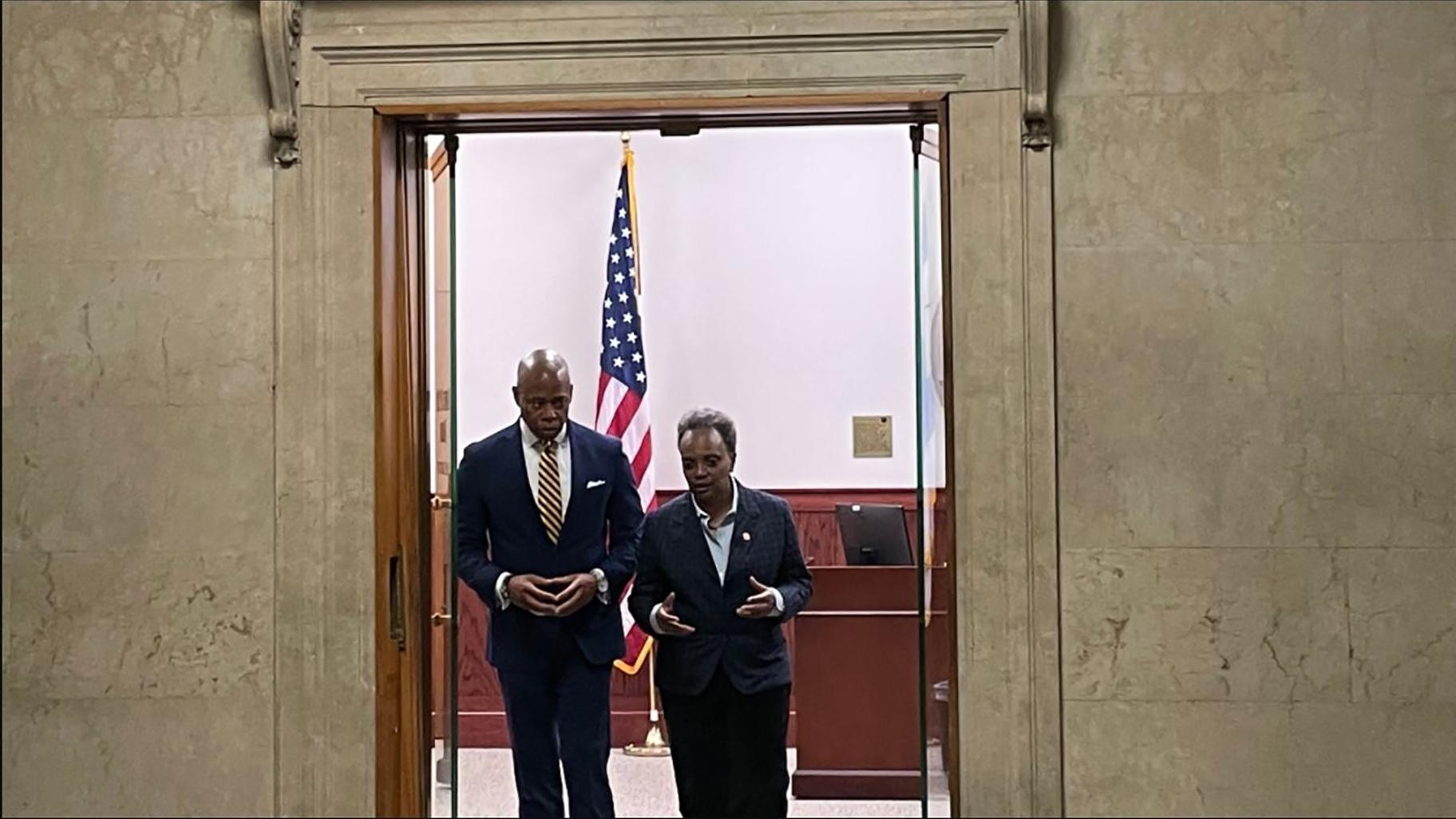