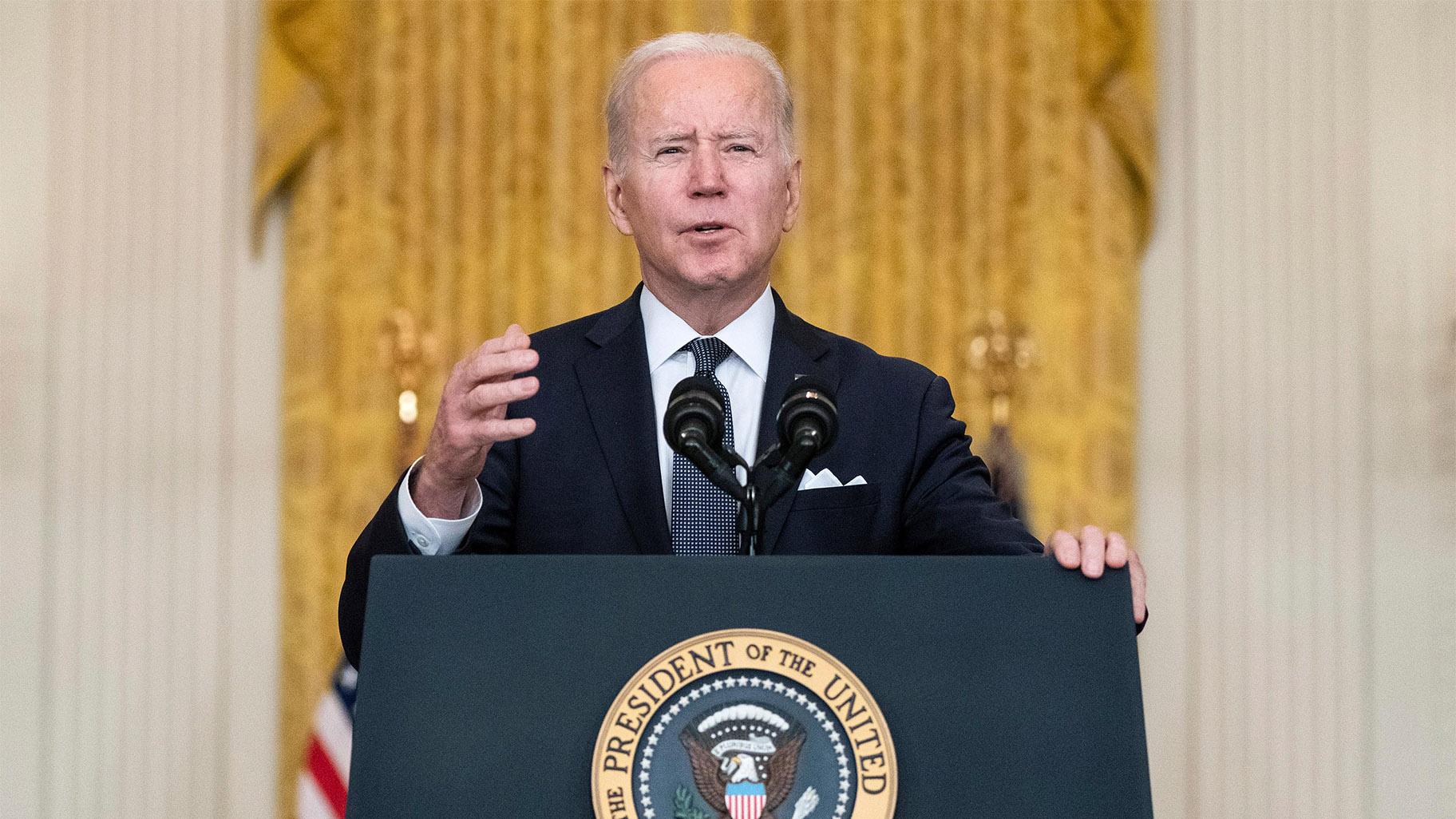 (CNN) — President Joe Biden on Friday said he is now convinced Russian President Vladimir Putin has made the decision to invade Ukraine.

Russian misinformation is building up to a false justification for Putin to make that move, Biden said, accusing Russia of ceasefire violations in the “rapidly escalating crisis.”

“Over the last few days, we’ve seen reports of a major uptick in violations of the ceasefire by Russian-backed fighters attempting to provoke Ukraine in the Donbas,” Biden said, pointing to multiple examples of disinformation that he said have been spread by Russian state media, including a “phony” claim of genocide in the Donbas region.

“It defies basic logic to believe the Ukrainians would choose this moment — with well over 150,000 troops arranged on its borders — to escalate a year-long conflict,” he said.

Earlier on Friday his White House announced it was blaming Russia for a massive cyberattack on Ukraine earlier in the week.

“We believe that the Russian government is responsible for widescale cyberattacks on Ukrainian banks this week. We have technical information that links the Russian Main Intelligence Directorate, or GRU, as known GRU infrastructure was seen transmitting high volumes of communication to Ukraine based IP addresses and domains,” said Anne Neuberger, deputy national security advisor for cyber and emerging technology.

The attribution for the attack was unusually fast for the US government, and Neuberger noted that Russia has previously benefited from US delays in attributing Russian hacking operations.

“Russia likes to move in the shadows and counts on a long process of attribution so it can continue its malicious behaviour against Ukraine in cyberspace, including pre-positioning for its potential invasion,” Neuberger told reporters in the White House briefing room.

The President last spoke about the crisis on Thursday as he departed the White House for a trip to Ohio, when he said there is “every indication” a Russian invasion of Ukraine “will happen in the next several days,” and the threat of an attack is “very high.”

“It’s very high because they have not moved any of their troops out. They have moved more troops in, number one. Number two, we have reason to believe they are engaged in a false flag operation to have an excuse to go in. Every indication we have is they are prepared to go into Ukraine, attack Ukraine,” he said.

The Friday remarks come amid escalating tensions as US Ambassador to the Organization for Security and Cooperation in Europe Michael Carpenter warned earlier Friday that the US has assessed a significant Russian military buildup near Ukraine just in the last two weeks.

“Russia probably has massed between 169,000-190,000 personnel in and near Ukraine as compared with about 100,000 on January 30,” he said in a statement at the OSCE meeting. That includes Russian troops on the borders of Ukraine as well as the Russian-led forces in eastern Ukraine, which have not been included in previous US assessments of Russia’s strength in the area.

Shortly before his remarks, Biden is set to speak Friday afternoon with allies in North America and Europe. He will hold a phone call with the leaders of Canada, France, Germany, Italy, Poland, Romania, the United Kingdom, the European Union and NATO to discuss the ongoing crisis.

The President on Friday called in to a meeting Vice President Kamala Harris was holding with members of Congress, who are all attending the Munich Security Conference in Germany, according to a person in the room, and reiterated the work the US and allies have been doing to try to prevent a Russian invasion of Ukraine. He also updated the members on the situation at Ukraine’s borders.

Biden has predicted a Russian invasion of Ukraine before but has previously couched his forecast by saying Putin hadn’t made up his mind, and he has repeatedly pressed for further diplomatic efforts to avoid a military conflict. He was more definitive on Thursday, a day after US officials said 7,000 more Russian troops have arrived near Ukraine, contradicting earlier Russian claims of a pull-back.

Pressed on whether he believes an attack will happen — and when — Biden said: “Yes. My sense is it will happen in the next several days.”

This is a breaking story and will be updated.