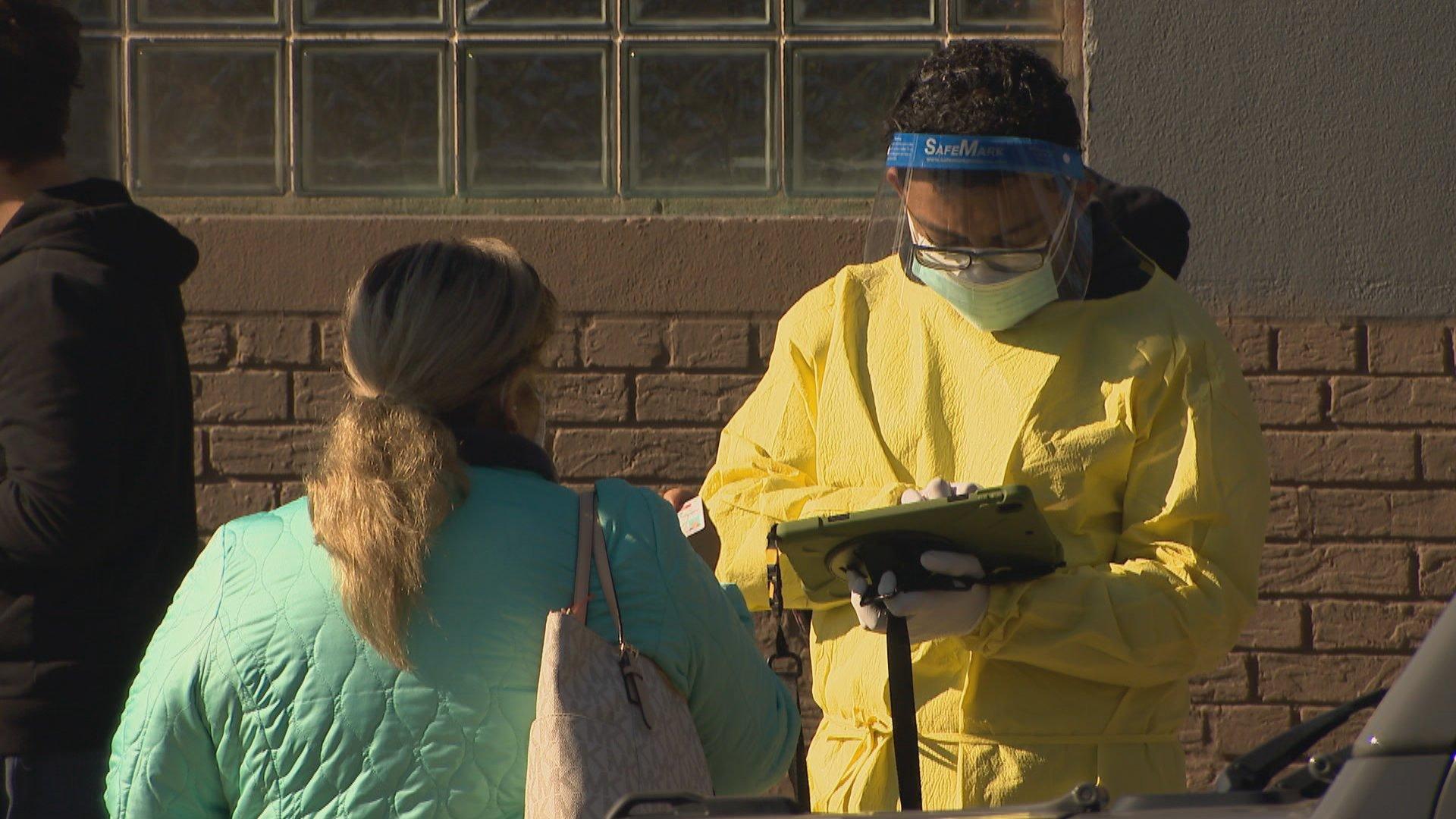 (CNN) – The COVID-19 crisis is nearing the second anniversary of the pandemic declaration by the World Health Organization on March 11 – and many people are now ready to know both when and how society can return to what we used to think of as normal.

In the United States, the White House has told CNN that federal officials are “thinking about” what comes next, after the United States transitions out of the current COVID-19 emergency and into a greater state of normalcy – but officials still have not released a plan for that transition.

“Right now, our focus is on fighting omicron,” White House Coronavirus Response Coordinator Jeff Zients said at a news briefing last week when asked about whether or when there might be guidance from the White House on what a transition could look like.

He did not provide any details about when or what guidance might come next.

Dr. Anthony Fauci, director of the National Institute of Allergy and Infectious Diseases, said at the briefing that it remains unclear when that transition – into a phase where COVID-19 no longer has such strong effects on people’s daily lives – might happen.

“We have to be totally honest that we don’t know,” Fauci said.

“We believe that we are now going in the right direction,” he added. “The best-case scenario, as I and my colleagues have often described, is that with the tools that we have – vaccination, boosting, testing, masking and all the other mitigations that we know about – when you have a level of community protection, which is the level of immunity throughout the community, we will reach a stage, and I hope that it’s sooner rather than later, when this will not dominate our lives.”

Nationally, as of Monday, COVID-19 cases were down 43% from the week before, according to Johns Hopkins University data, and infections were trending down in nearly every state. The data also showed that hospitalizations last week fell 19% from the week prior, and new hospital admissions were down – a promising sign that the downward trend will continue.

Yet federal officials have remained mum about any plans for lifting certain COVID-19 policies and returning to some version of normal.

Meanwhile, some leading public health experts and state governors have called for such plans to be released as soon as possible.

The types of guidance that state officials and public health experts seek include at what metric, such as which level of community transmission or hospital rates, can we declare the end of the pandemic and lift restrictions, as well as which mitigation measures should lift first as communities transition out of the pandemic and into a greater state of normalcy.

The case for guidance

The lack of guidance is not unusual, because “we’re still in the middle of a hurricane,” Dr. Georges Benjamin, executive director of the American Public Health Association, told CNN last week. The U.S. is now averaging 2,462 new deaths each day, according to JHU, and it has been holding steady.

“We know there is still much to be done to stop the spread of COVID-19 and end the pandemic. We are still seeing far too many new cases, hospitalizations, and deaths,” Kristen Nordlund, a spokesperson for the US Centers for Disease Control and Prevention, told CNN in an email in late January.

“As we look forward to the spring, it’s important to continue practicing prevention measures that we know work – vaccinating, wearing a mask in public, indoor settings, staying home when you are sick, and washing your hands frequently.”

Some public health officials, including CDC Director Dr. Rochelle Walensky, have pointed to COVID-19 hospitalization rates as a metric to help determine when to lift certain COVID-19 restrictions.

As hospitalizations trend down but still are high, Dr. Megan Ranney, professor of emergency medicine and associate dean of public health at Brown University, told CNN’s Wolf Blitzer on Thursday that “today is not the day” to start rolling back safety measures.

“We are still in the midst of a surge. We still have hospitalization rates that rival those of last winter, and we still have well over 2,000 Americans dying every day,” Ranney said. “When is it going to be time to start to roll back some of these mandates? I expect that it’s going to be within a month or so.”

But Benjamin, of the American Public Health Association, said he hopes the nation has a “lull” in the omicron wave right now to develop guidance on moving forward.

“What I would suggest what we do is, we look and we imagine some possible futures of where the disease might go, and then we plan the transition according to those various scenarios,” Benjamin said.

For instance, one scenario might be the emergence of a more virulent variant that causes subsequent lockdowns, while another could be COVID-19 shifting into an endemic seasonal disease that no longer overwhelms health systems and quietly circulates at low levels – as endemic means a disease has a constant presence in a population but is not affecting an alarmingly large number of people, as typically seen in a pandemic.

“The point being is, you lay out those scenarios,” Benjamin said. “And then as a nation, we decide how we’re going to handle that, with a consensus around that with the governors, with the mayors, and everybody kind of agrees that’s what we’re going to do, and that’s how we move forward.”

That guidance could come from a “higher authority” than the CDC, he said, such as the White House COVID-19 Task Force as a whole.

“This is not CDC’s responsibility. They will be part of the process, but this is much bigger than CDC because this pandemic has been much bigger than just one agency,” Benjamin said. He added that such guidance should include scenarios and models of where the pandemic might be headed and how to address what could happen next.

“While CDC can provide some leadership there – they can provide the science, they can provide the evidence, and maybe they can do the modeling – because that involves so much of a society that’s got to come at a higher authority,” he said. “Maybe the COVID Task Force pulls that together and lays it out for the nation.”

‘A perpetual state of emergency’

Some state governors also are calling for guidance to be issued.

A bipartisan group of governors told President Joe Biden that the country needs to “move away from the pandemic,” Arkansas Gov. Asa Hutchinson said at the White House last week, adding that they asked for “clear guidelines” on how to return to what we used think of as normal.

Dr. Scott Gottlieb, former commissioner of the US Food and Drug Administration, said even though the United States is “not close” to the pandemic’s end right now, governors are looking for clearer guidance as to when mitigation efforts should be rolled back.

“I think what governors are agitating for are some clear guideposts that define what the on and off ramp is for this. When do we start to roll back this mitigation? We don’t have an agreed upon set of nomenclature and metrics for measuring that,” Gottlieb told CBS’s Margaret Brennan on Face The Nation on Sunday.

“What governors are sensing is that we need to agree upon a set of metrics – when we’re going to start to roll back these mitigation steps, and give people a light at the end of the tunnel,” he said. “What is that point when this stuff gets turned off?”

CNN medical analyst Dr. Leana Wen has added her voice to the chorus that now is the time for the Biden administration to start lifting some COVID-19 restrictions in some areas where cases and hospitalizations are low, as part of a transition back to a state of normalcy.

“We cannot live in a perpetual state of emergency. There is a place and a time for that, and I believe that we best preserve public health authority for when those times are most needed,” Wen told CNN’s Anderson Cooper on Wednesday.

“By the way, I am not advocating that we lift restrictions right now for the entire US,” she added. “There are many parts of the country that are still being overwhelmed with patients, that hospitals are still really full. And so we certainly should not be lifting restrictions there. But there are other places that are clearly trending in the right direction, and we need to give people hope. We need to have an off ramp with these same restrictions we’re putting in.”

Several other nations – Sweden, Denmark and the United Kingdom – have started to lift some COVID-19 restrictions, but the World Health Organization has warned that it’s premature for any country to declare victory over the coronavirus quite yet.

“What we’re saying is, every country will chart their way out of this in their own way, but we’re asking countries to really look at your epidemiology: What’s your vaccination rate? What’s your hospital status? Is your hospital system in a good place, or is it over-strained?” Dr. Margaret Harris, a spokesperson for WHO, told CNN’s Kate Bolduan on Thursday.

Globally, “we recorded record numbers of cases over and over again – more than 3.3 million cases just in the last 24 hours,” Harris said. “So we have huge numbers of cases, but we’re in a much better place than we were before because we also have vaccinations, we also have treatments, we’ve got many more tools that mean we can beat this.”

During last week’s White House briefing, Zients said that the United States is focused on using those tools – including vaccinations, treatments and at-home testing – to improve the current COVID-19 situation.

“At the same time, we are always planning for the future. The most important thing that we have now, when comparing to a year ago, are the tools to protect people: the vaccines,” Zients said, adding that the Pfizer/BioNTech coronavirus vaccine for children younger than 5 is on the horizon and the nation now has access to more treatment options, including COVID-19 pills.

“So, our progress over the last year and the tools we now have certainly allow us to get closer to a time when COVID doesn’t disrupt our daily lives, that it’s something we protect against and treat,” Zients said. “And as we make more progress against Omicron, we’ll get closer to that point.”

The National Association of County and City Health Officials plans to hold brainstorming and listening sessions this spring with local and federal public health officers to discuss what the end of the pandemic might look like – and how to determine when we’ve reached the end.

Representatives from the CDC, Health and Human Services’ Office of the Assistant Secretary for Preparedness and Response and the Federal Emergency Management Agency are expected to be in attendance. The first meeting is scheduled for April.

“We are hopeful that we will see some of these start to appear before our listening sessions,” Freeman said. “The conversations are starting, and it appears to be good timing.”