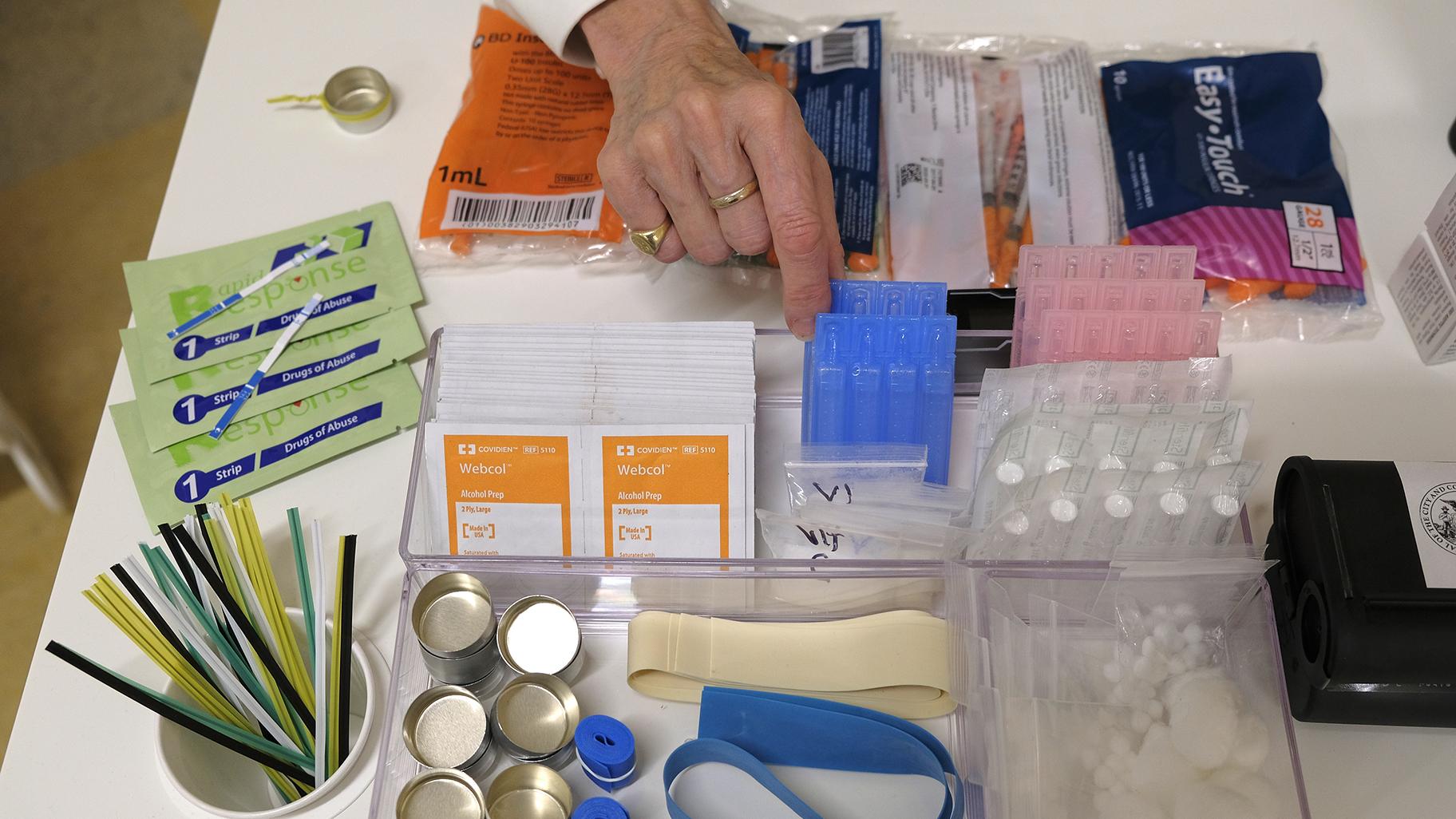 Supplies are shown on a desk at Safer Inside, a realistic model of a safe injection site in San Francisco, Aug. 29, 2018. (AP Photo / Eric Risberg, File)

NEW YORK (AP) — A year after winning a major court battle against the opening of so-called safe injection sites — safe havens for people to use heroin and other narcotics with protections against fatal overdoses — the Justice Department is signaling it might be open to allowing them.

In response to questions from The Associated Press, the Justice Department said it is “evaluating” such facilities and talking to regulators about “appropriate guardrails.”

The position is a drastic change from its stance in the Trump administration, when prosecutors fought vigorously against a plan to open safe consumption sites in Philadelphia. The Justice Department won a lawsuit last year, when a federal appeals court in Pennsylvania ruled that opening such a facility would violate a 1980s-era drug law, aimed at “crackhouses,” which bans operating a place for taking illegal drugs. The Supreme Court declined in October to take the case.

About six weeks later, the first officially authorized safe injection sites opened in New York City in November. The two facilities — which the city calls “overdose prevention centers” — provide a monitored place for drug users to partake, with staffers and supplies on hand to reverse overdoses.

Such sites exist in Canada, Australia and Europe and have been discussed for years in New York and some other U.S. cities and states. A few unofficial facilities have operated for some time.

Advocates have hailed them as a way to curb the scourge of overdose deaths. Drawing from the latest available death certificate data, the Centers for Disease Control and Prevention estimated that more than 100,000 Americans died of drug overdoses from May 2020 to April 2021.

For months, the Justice Department – under Attorney General Merrick Garland – had refused to take a public stance on safe consumption sites. Officials now say they are weighing their use.

“Although we cannot comment on pending litigation, the Department is evaluating supervised consumption sites, including discussions with state and local regulators about appropriate guardrails for such sites, as part of an overall approach to harm reduction and public safety,” the agency said in a statement Friday to the AP.

The New York City sites so far have intervened in more than 110 overdoses among more than 500 users, many of whom have made multiple visits, according to OnPoint NYC, the organization running them.

Former Mayor Bill de Blasio, a Democrat whose administration allowed the centers to open, said the city’s attorneys believed that the federal statute is “aimed at drug trafficking, not at medical facilities,” as he characterized the consumption sites.

But U.S. Rep. Nicole Malliotakis, a New York City Republican, has urged Garland to work to shut them down, citing the appeals court ruling against the Philadelphia proposal last year.

“As the highest-ranking law enforcement official in the country, it is imperative that you enforce this legal precedent,” she wrote to him in a November letter, urging DOJ to focus on stopping the flow of drugs into the U.S. and "locking up traffickers.”

Some other arms of the federal government also have signaled some willingness at least to explore safe injection facilities, if not yet embrace them. Asked about the New York sites, White House drug czar Dr. Rahul Gupta told CNN in December he was “interested in looking at the science and data behind all of the emerging harm reduction practices.”

Later that month, the National Institutes of Health issued a call for harm reduction research that mentioned safe consumption sites, among other approaches.