Negotiations over a new ward map that will shape Chicago politics for the next decade remain deadlocked after a rare Sunday session failed to resolve the racially polarized debate that has only grown more fraught during the past month.

The session, which was livestreamed but closed to members of the public and the news media, failed to resolve the central issue at the heart of the debate that will determine the balance of political power between Black, Latino and Asian Chicagoans.

Members of the Latino Caucus, led by Ald. Gilbert Villegas (36th Ward), said again Sunday that they will not support a map with fewer than 15 wards with a majority of Latino voters.

Chicago’s Black population dropped 10%, its Latino population jumped 5% and its Asian American population surged 30%, according to the 2020 census.

Members of the Black Caucus, led by Ald. Jason Ervin (28th Ward), said Sunday that they will not accept a map with fewer than 16 wards with a majority of Black voters.

Much of the two-hour meeting featured members of both caucuses blaming each other for the impasse, increasing the likelihood that it will be voters who decide what the new ward map will look like for the first time in 30 years. To adopt a map, 41 alderpeople must agree no later than May 19, the deadline for the June 28 primary election ballot to be finalized.

“I can't help you get to 15 wards,” Ervin said. “We're just not in a position to cede any more wards in this process.”

The map backed by the Black Caucus has 33 supporters, eight short of what it needs to become law. The Latino Caucus’ map is supported by 15 alderpeople.

When the Chicago ward map was redrawn after the 2010 census, there were 13 wards with a majority of Latino voters. Members of the Latino Caucus have repeatedly said that map did not accurately reflect Chicago’s Latino population, and too few wards with a majority of Latino residents were created. Many members have vowed not to accept such a deal again.

Maps from both caucuses would create a ward with a majority of Asian American voters, which would be the first in Chicago's history.

The meeting appeared to be on the verge of making progress when Villegas suggested that a new round of negotiations focus on areas of disagreement between the Latino and Black caucuses, including the Southwest Side, the Northwest Side, the creation of a 34th Ward with entirely new boundaries and the boundary between the 9th and 10th wards.

However, Ervin said those talks would be pointless since the Black Caucus would not accept a map with 15 wards where a majority of voters were Latino, since that would mean there could only be 15 wards with a majority of Black voters.

“I'm offended by what you have proposed,” Ervin told members of the Latino Caucus, accusing them of dividing the city along racial lines.

Ald. Silvana Tabares (23rd Ward), the vice chair of the Latino Caucus, said it might not be possible to resolve the logjam.

“We may need to let the voters decide,” said Tabares, who noted that the map backed by the Black Caucus would move her home from the 23rd Ward to the 14th Ward, now represented by indicted Ald. Ed Burke. “We do not fear a referendum."

That brought a direct response from Ald. Michelle Harris (8th Ward), a member of the Black Caucus who as head of the Rules Committee has overseen the map-drawing process. 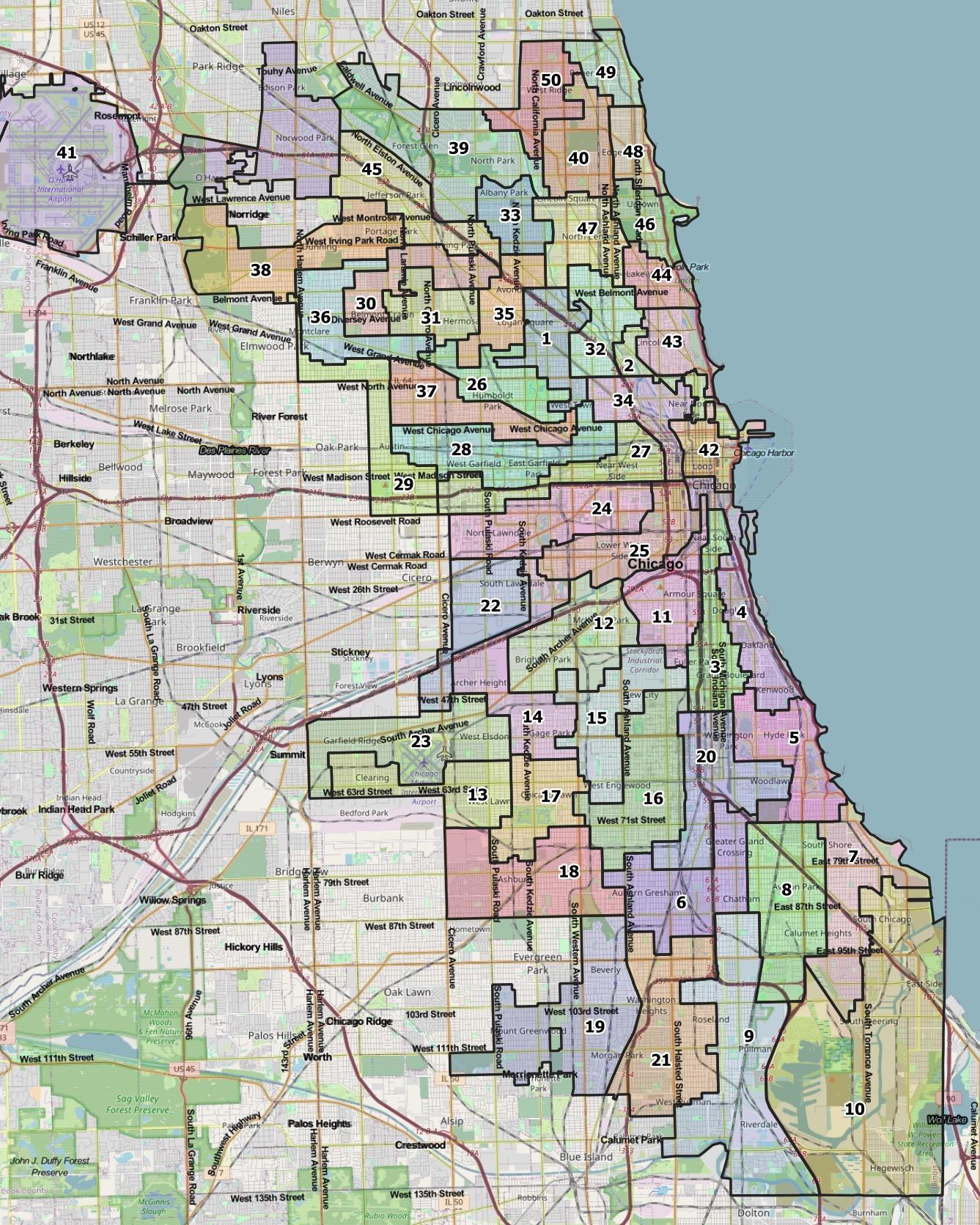