A unique collaboration is bringing Black art to a popular Chicago building.

It’s a first of its kind exhibit happening now at One Two Pru, also known as Prudential Plaza, located in the Loop. It’s not unusual to see art in downtown lobbies, but most of the pieces in this art exhibit are from Gallery Guichard, a Black-owned art gallery in Bronzeville.

“The exhibition at One Two Pru is an introspection of Chicago and it covers everything from jazz to blues, to energy, introspection and landscapes depicting the Great Migration, so it’s everything Chicago has to offer,” says Andre Guichard, co-owner of Gallery Guichard.

Sterling Bay and Gallery Guichard teamed up to create this one of a kind free art exhibit. The goal is to showcase Black artists and bring their work to an audience that may not have been exposed otherwise.

“It’s all about inclusion” says Frances Guichard, co-owner of Gallery Guichard. One Two Pru invited the Guichards to display their work and pieces from their gallery, giving artists exposure they wouldn’t normally have.

Sterling Bay’s Director of Diversity and Strategic Development, Keiana Barrett, says the idea came about as she thought about how the real estate developer can play an active role in promoting and encouraging diversity.

“This time last year we were at a critical intersection with the height of the pandemic as well as a reckoning around race and social justice, and so we were really intentional about how could we utilize this as an opportunity to go from a moment and to create a movement of change,” says Barrett.

The exhibit titled “African Diaspora: Chicago” features 20 collage and acrylic mixed media pieces, all related to Chicago.  It opened in May, and a new collection of pieces just went up in November.  The current exhibit will run until May 22. The Guichards say they’ve already sold five out of 20 pieces featured in the exhibit. Sterling Bay and Gallery Guichard say they hope to build on that new exposure and stimulate economic growth for Black owned businesses and neighborhoods.

“We’ve noticed more tourism coming through Bronzeville, looking at the gallery and we’re surmising that they’re probably seeing it here first and then being able to come to the gallery,” says Frances Guichard.

For Sterling Bay, the collaboration with Gallery Guichard is the first of many.

“This is a signature initiative for us as well, and what we’re hoping is that this will be the impetus to a series of collaborations such as this, not only within our own portfolio of properties, but we want to set the bar across the industry,” says Barrett, “as we think and we talk about diversity, I always say meaningful, measurable diversity has to be making the word not only a noun but a verb, there has to be action behind it.”

The Guichards also hope the exhibit can be a reminder of the power of art and the impact it can have.

“That’s really our motto, see art, love art, buy art, live with original art and our artists of the African diaspora, multicultural artists are able to help us in a way that is really important during this time of COVID,” says Andre Guichard. 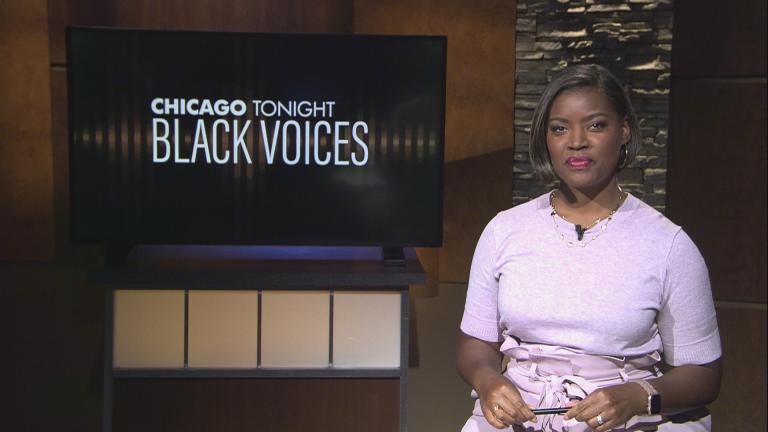