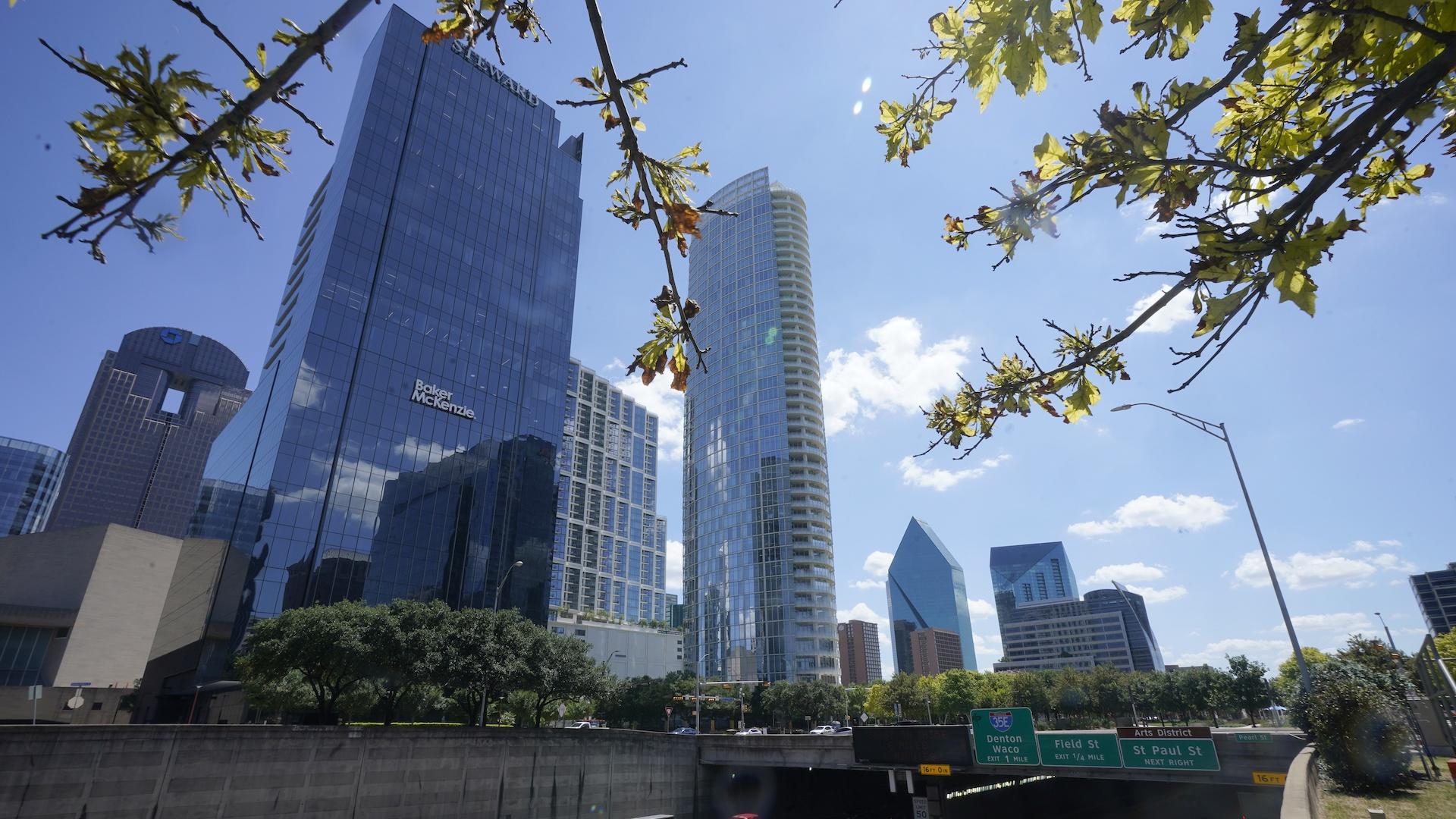 Light afternoon traffic flows in downtown Dallas, Aug. 12, 2021. U.S. population growth dipped to its lowest rate since the nation’s founding during the first year of the pandemic as the coronavirus curtailed immigration, delayed pregnancies and killed hundreds of thousands of U.S. residents, according to figures released Tuesday, Dec. 21, 2021. (AP Photo/LM Otero, file)

U.S. population growth dipped to its lowest rate since the nation’s founding during the first year of the pandemic as the coronavirus curtailed immigration, delayed pregnancies and killed hundreds of thousands of U.S. residents, according to figures released Tuesday.

The United States grew by only 0.1%, with an additional 392,665 added to the U.S. population from July 2020 to July 2021, bringing the nation’s count to 331.8 million people, according to population estimates released by the U.S. Census Bureau.

The U.S. has been experiencing slow population growth for years but the pandemic exacerbated that trend. This past year was the first time since 1937 that the nation’s population grew by less than 1 million people.

“I was expecting low growth but nothing this low,” said William Frey, a senior fellow at the Brookings Institution’s metropolitan policy program, Brookings Metro. “It tells us that this pandemic has had a huge impact on us in all kinds of ways, and now demography.”

Once there’s a handle on the pandemic, the U.S. may eventually see a decrease in deaths, but population growth likely won’t bounce back to what it has been in years past because of fewer births. That will increase the need for immigration by younger workers whose taxes can support programs such as Social Security, Frey said.

“We have an aging population and that means fewer women in child-bearing ages,” Frey said. “We see younger people putting off having children and they’re going to have fewer children.”

International migration dropped by about half from the previous year because of COVID-19 restrictions, such as borders being closed for nonessential travel and the closure of many consulates abroad where visas are issued. As recently as 2016, the U.S. had a net increase of more than 1 million international migrants.

In more than two dozen states, most notably Florida, deaths outnumbered births. Deaths exceeded births in Florida by more than 45,000 people, but the state’s saving grace was a migration gain of more than 259,000 people, the nation’s highest.

University of New Hampshire demographer Kenneth Johnson described the decline in the United States’ natural population increase as “stunning,” saying it was the smallest spread of births over deaths in more than 80 years.

“Of course, most of this is COVID, but not all of it,” Johnson said. “U.S. natural increase was already at a low ebb prior to COVID with the fertility rate hitting a new record low each year and deaths steadily rising due to the population aging.”

Between 2020 and 2021, 33 states saw population increases, primarily through domestic migration, while 17 states and the District of Columbia lost population.

States in the Mountain West saw the biggest year-over-year growth rate, with Idaho growing by almost 3%, and Utah and Montana each seeing population increases of 1.7%. The District of Columbia lost 2.9% of its population, while New York and Illinois lost 1.6% and 0.9% of their populations, respectively. In pure numbers, California had the greatest net population loss of any state from people leaving: almost 353,000.

While the pandemic gave some people the option of working remotely, data released last month by the Census Bureau shows there was no great migration in the U.S. because of it.

Some did take advantage of the opportunity, however. Tired of the heat, hurricane threats and traffic in Houston, tech worker Heidi Krueger moved to a small town south of Knoxville, Tennessee, in September. She can see the Great Smoky Mountains from her front porch.

“Because I was working from home during the pandemic, it made it feasible to move and still keep my same job,” Krueger said. “As long as I have internet, I can still connect to our clients.”