The Obama Presidential Center announced Thursday that a number of its spaces will be named for historic human and civil rights figures. But as that center marches closer toward its opening date, one neighboring community has concerns about the center’s impact on longtime residents.

The South Shore community lies just south of Jackson Park along Lake Michigan – which is also a point of concern for residents. Residents say high lake levels have caused beaches to shrink and damage to infrastructure.

Nearly two years ago, neighbors formed the South Side Lakefront Erosion Task Force to address the issue, and their efforts ramped up after the condominium collapse in Surfside Florida over the summer.

Sharon Louis has lived in South Shore since the 1960s, and her building has a bird’s eye view of Lake Michigan – a defining part of this neighborhood.

“The lake, of course, makes it special. The South Shore Cultural Center, I think, is the jewel of the Park District. And then the people – they’re wonderful people here, committed people, willing to get involved. And I have to say, if we’re involved, our representatives are involved as well. We are working well with our public officials and hoping to get positive outcomes,” Louis said.

But in recent years, high lake levels and extreme winter storms have caused streets and sewers to flood, and caused damage to lakefront properties. Louis and the South Side Lakefront Erosion Task Force want greater protections for 73rd Street and 73rd Place.

“They’re both still getting a lot of damage from the lake force storms,” said the task force’s Juliet Dervin. “That’s a big issue for public safety and infrastructure. The street that we’re on right now, 73rd Street, it used to be about 3 or 4 feet lower. This has been built up. What we’re seeing are sinkholes appearing when these big storms occur.”

The Task Force is proposing a breakwater at 73rd Street and 73rd Place to eliminate those sinkholes and further flooding. It’s estimated to cost about $5 million, and they hope to have it completed around 2022-2023. The breakwater has the support of local state Rep. Curtis J. Tarver II.

“With infrastructure funds from the state and/or the federal government, there’s a lot to be done,” Tarver said. “There’s water that’s not only affecting private property, but US 41, so it affects bus routes, it affects individuals trying to commute to get to and from work and school.”

As we mentioned, the effect of the coming Obama Presidential Center is another source of concern, something the Community Benefits Agreement coalition has been concerned with since it was announced.

“Landlords (can) say, ‘Hey, Mrs. Johnson, I know you’ve been living here 30 years. You’ve paid your rent every month. You’re a great tenant. But I can do nothing to this unit (and) I can increase the price by 20, 30, 40% and get someone else in here.’ That’s what folks will do if there aren’t certain laws and protections put in place like the ones we’ve advanced to try and ensure that renters can stay in the neighborhood, that the city has programs for the renters to become homeowners, and that we have protections for our homeowners,” Romeo said.

Dixon says the Coalition has made a number of requests to aldermen in the area to protect longtime residents, ranging from establishing a loan fund for purchases and rehabilitations of vacant homes and buildings to making sure there is ample affordable housing set-aside for lower income renters. But he also says, some of their demands are free: like granting existing, longtime residents the right to return.

All of that said, Ald. Leslie Hairston (5th Ward) says she hasn’t received these demands from the CBA Coalition, but that she has been working with the South Shore Community Compact, a group of 30 South Shore groups who plan to make an announcement on what they want soon.

One of the groups thinking about South Shore’s future is the Neighborhood Network Alliance, which is the project manager for an effort called (Re)imagine South Shore. They’ve held a series of summits asking residents to think about their priorities for the community’s future.

“Affordable housing is one of them, arts and culture is another, public safety, economic development, (and) health and wellness … for a long time, funders never saw South Shore as a neighborhood that needed those things,” the Alliance’s Val Free said. “Now that the Obama Center is coming, investment is coming. People have their eyes on South Shore, and now things are beginning to move.”

For some, there is plenty of excitement for the Obama Center to be nearby.

Chef Tsadakeeyah Emmanuel and his wife own Majani, a vegan soul food restaurant WTTW News first visited on the second day of our COVID Across Chicago series at the beginning of the pandemic.

Emmanuel says the OPC presents an opportunity for his business. He’s had the chance to cater one of the Obama Summits and meet the former president and first lady, and thinks the center could mean a positive transformation for business like his.

In fact, his restaurant’s South Shore location was closed Thursday because of staffing shortages, something restaurants are experiencing across the city during this phase of the pandemic. Emmanuel says it’s a problem that started at the beginning of this year, and intensified this summer.

“(It meant) a rolling black outs kind of situation, where we had to close one restaurant to bring that staff to the other restaurant. We managed the best we could. We’ve always tried to open at 11 o’clock regardless. And we just had to let go of that, like, ‘you know what, today we cannot.’ We just have to go with what’s presented to us,” Emmanuel said.

Chef Emmanuel says he’s also experienced his share of supply chain challenges as well, often making adjustments when something he needs can’t be ordered or delivered in time. 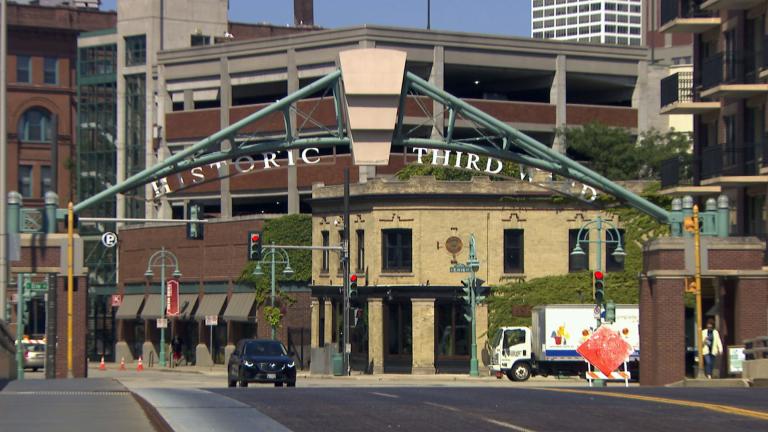 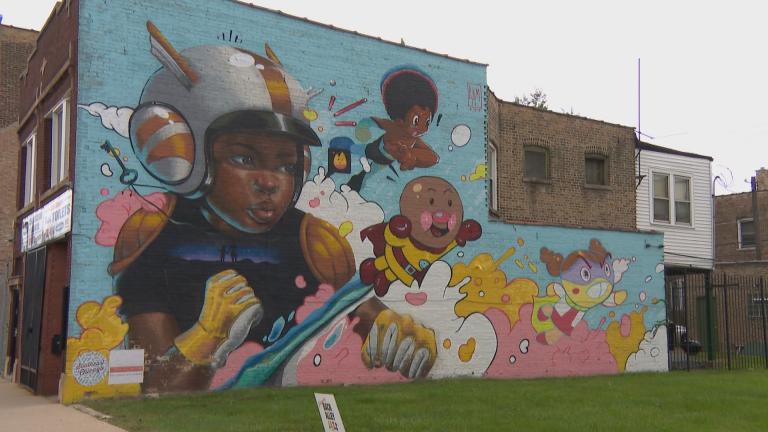 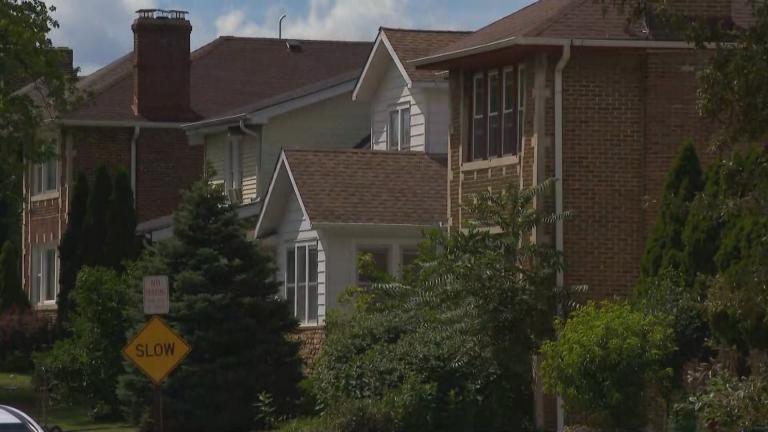 ‘Chicago Tonight’ in Your Neighborhood: Waukegan 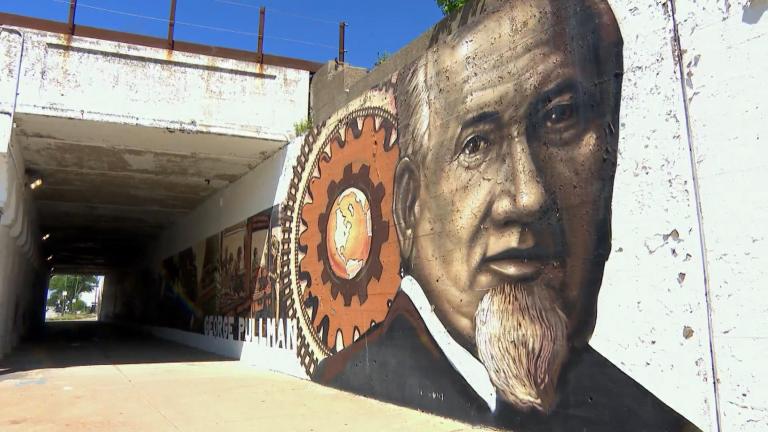 ‘Chicago Tonight’ in Your Neighborhood: Pullman and West Pullman 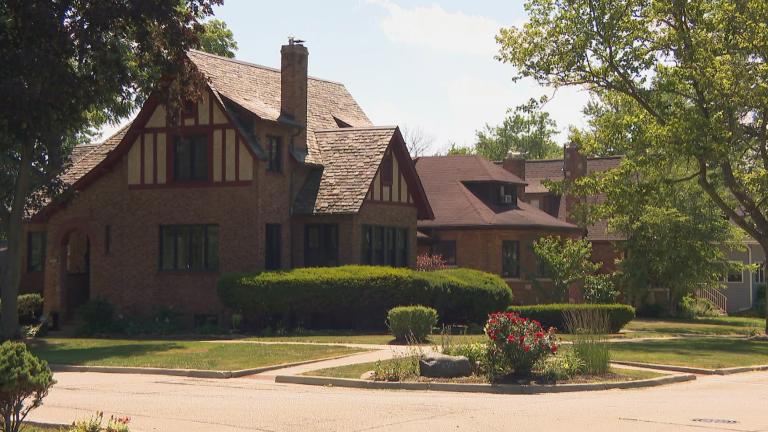