‘Let the People of Chicago Decide’: Latino Caucus Moves to Force a Referendum on Ward Maps

Fifteen alderpeople moved Thursday to ask Chicago voters to decide what the boundaries of the city’s 50 wards should be, escalating the raging dispute over the map that will shape Chicago politics for the next decade and determine the balance of power between Black, Latino and Asian Chicagoans.

By filing the map crafted by the Chicago Latino Caucus with the city clerk’s office, the alderpeople ensured that the June 28 primary election ballot would ask voters to decide what the ward map should look like for the first time in 30 years — unless 41 alderpeople can agree on a map before May 19.

Latino Caucus Vice Chair Ald. Silvana Tabares (23rd Ward) said those negotiations will continue in the coming weeks but called on members of the City Council’s Rules Committee and the Black Caucus to negotiate in good faith — something she said they had not done since the remapping effort began.

“It is time to let the people of Chicago decide,” what the ward map will look like, Tabares said. 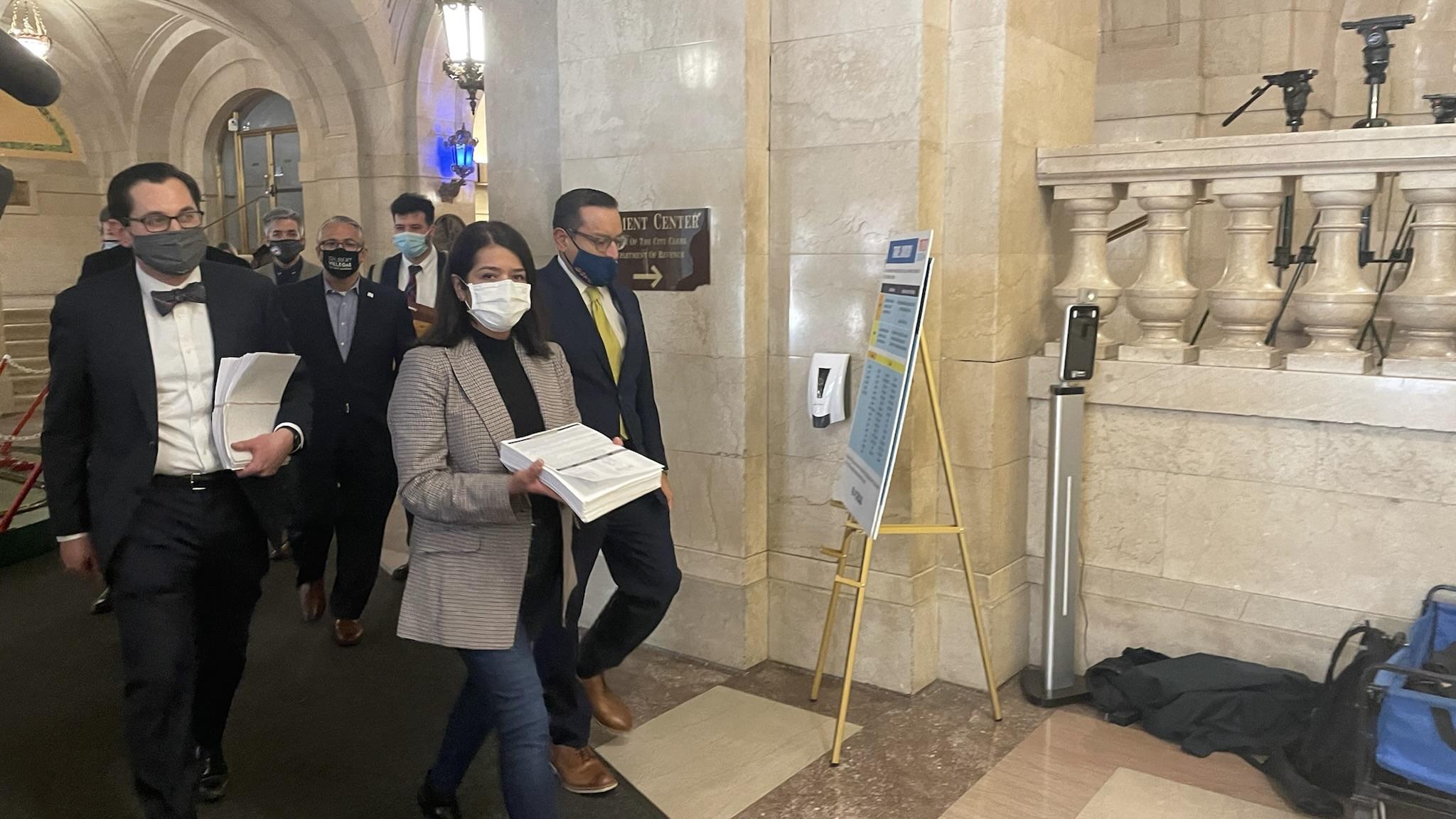 The Rules Committee will hold hearings on the proposed ward maps at 3 p.m. Tuesday and 1 p.m. Dec. 10.

The map supported by the Black Caucus has 34 co-sponsors, seven short of what it needs to become law. The Latino Caucus needed 10 alderpeople to file its map with the clerk — and had five more than it needed.

In a letter to 11th Ward residents, Daley Thompson said he opposed efforts to create a ward with a majority of Asian voters because it would split up Canaryville and McKinley Park to make that possible.

“Dividing areas or neighborhoods based on race is indeed racism,” Daley Thompson wrote.

Ald. Carrie Austin (34th Ward), the second longest serving member of the City Council, confirmed Wednesday she plans to retire after her term ends in 2023.