The U.S. government should turn over the majority of federally-owned land to Native Americans.

That’s the argument in a new op-ed co-written by a local legal scholar. The article says it would both serve as reparations to Indigenous people and improve land management across a big part of the country.

“It’s a pretty substantial well from which we can draw to make amends for historical wrongs (and) improve things going forward,” said co-author Todd Henderson, a law professor at the University of Chicago. “The federal government owns about 28% of all the land in the United States. This is 2.3 billion acres of land. For those of us east of the Mississippi, it’s not a substantial chunk. West of the Mississippi, a majority of land is owned by the federal government.”

Les Begay of the Indigenous Peoples’ Day Coalition of Illinois says depending on how it’s carried out, he’s supportive of the idea as a way to begin repairing a long-fractured relationship.

“National Parks alone are 85 million acres, and all of those were taken from native lands either by force or by breaking a treaty. Native people have always wanted the land back,” Begay said. “I think it’s a good start to honor native people.”

In addition to land, the op-ed also raises the idea of doing away with the Bureau of Indian Affairs and says tribes would be “freed” of treaties with the federal government – an idea some Native Americans oppose. It also brings to light different views of land and land ownership.

“Native people think of land as life. Non-natives think of it as power and money. There’s a big difference right there,” Begay said. “(Native people) are caretakers of the land and they’re only borrowing it for their next generations. It’s not something they possess, it’s something they pass on.”

The idea also poses myriad logistical questions, but Henderson says there are other examples of the government finding a way to divvy up assets despite a complicated set of questions.

“After 9/11 there was a compensation fund that was set up and there were thousands and thousands of people who were harmed in some way ... and there was an administrative process set up to balance these interests and allocate the assets to those who’d been harmed,” Henderson said. “It wouldn’t be easy, but many things that are worth doing are not easy.” 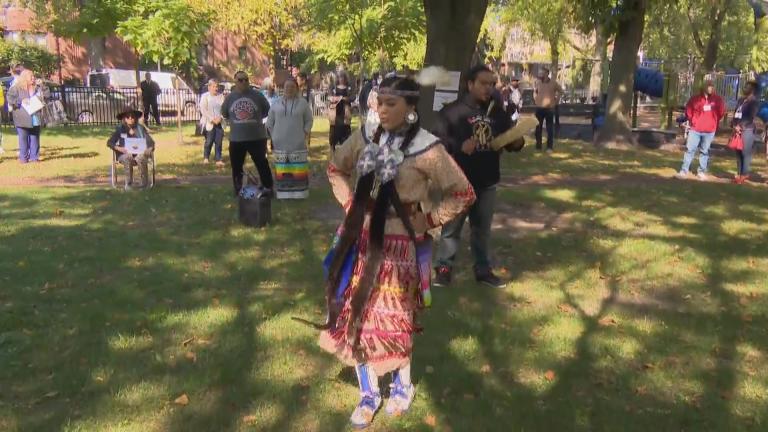