Americans Give Bosses Same Message in Record Numbers: I Quit 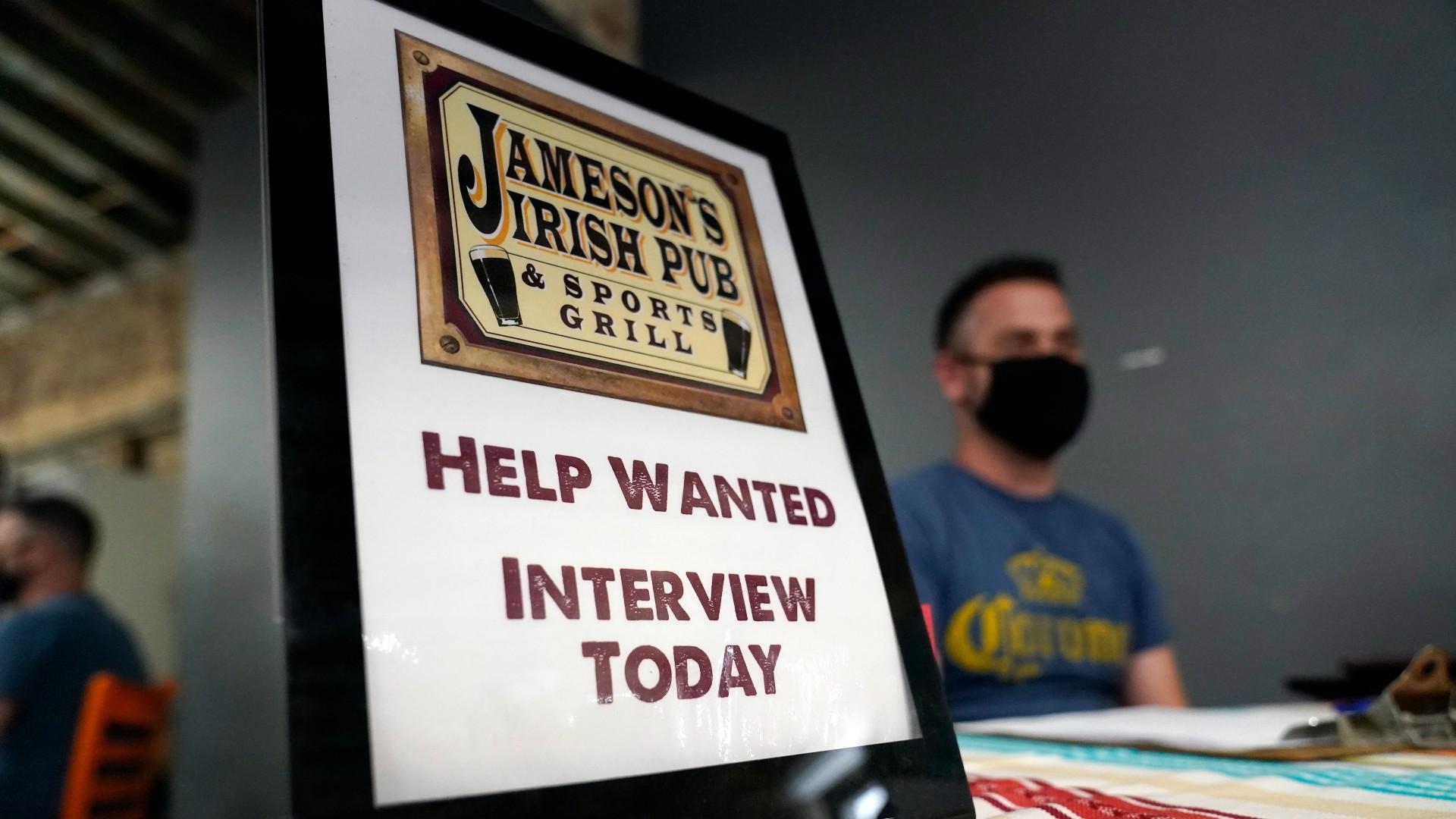 A hiring sign is placed at a booth for Jameson's Irish Pub during a job fair Wednesday, Sept. 22, 2021, in the West Hollywood section of Los Angeles. (AP Photo / Marcio Jose Sanchez, File)

Americans quit their jobs at a record pace for the second straight month in September, in many cases for more money elsewhere as companies bump up pay to fill job openings that are close to an all-time high.

The Labor Department said Friday that 4.4 million people quit their jobs in September, or about 3% of the nation’s workforce. That’s up from 4.3 million in August and far above the pre-pandemic level of 3.6 million. There were 10.4 million job openings, down from 10.6 million in August, which was revised higher.

The figures point to a historic level of turmoil in the job market as newly-empowered workers quit jobs, often for higher pay or better working conditions. Incomes are rising, Americans are spending more and the economy is growing, and employers have ramped up hiring to keep pace. Rising inflation, however, is offsetting much of the pay gains for workers.

Friday’s report follows last week’s jobs report, which showed that employers stepped up their hiring in October, adding 531,000 jobs, while the unemployment rate fell to 4.6%, from 4.8%. Hiring rebounded as the Delta wave, which had restrained job gains in August and September, faded.

It is typically perceived as a signal of worker confidence when people leave the jobs they hold. The vast majority of people quit for a new position.

The number of available jobs has topped 10 million for four consecutive months. The record before the pandemic was 7.5 million. There were more job openings in September than the 7.7 million unemployed, illustrating the difficulties so many companies have had finding workers.

In addition to the number of unemployed, there are about 5 million fewer people looking for jobs compared with pre-pandemic trends, making it much harder for employers to hire. Economists cite many reasons for that decline: Some are mothers unable to find or afford child care, while others are avoiding taking jobs out of fear of contracting COVID-19. Stimulus checks this year and in 2020, as well as extra unemployment aid that has since expired, has given some families more savings and enabled them to hold off from looking for work.

Quitting has risen particularly sharply in industries that are mostly made up of in-person service jobs, such as restaurants, hotels, and retail, and factories where people work in close proximity. That suggests that at least some people quitting are doing so out of fear of COVID-19 and may be leaving the workforce.

Goldman Sachs, in a research note Thursday, estimates that most of the 5 million are older Americans who have decided to retire. Only about 1.7 million are aged 25 through 54, which economists consider prime working years.

Goldman estimates that most of those people in their prime working years will return to work in the coming months, but that would still leave a much smaller workforce than before the pandemic. That could leave employers facing labor shortages for months or even years.

Businesses in other countries are facing similar challenges, leading to pay gains and higher inflation in countries like Canada and the United Kingdom.

Competition for U.S. workers is intense for retailers and delivery companies, particularly as they staff up for what is expected to be a healthy winter holiday shopping season.

Online giant Amazon is hiring 125,000 permanent drivers and warehouse workers and offer pay between $18 and $22 an hour. It’s also paying sign-on bonuses of up to $3,000.

Seasonal hiring is also ramping up. Package delivery company UPS is seeking to add 100,000 workers to help with the crush of holiday orders, and plans to make job offers to some applicants within 30 minutes.