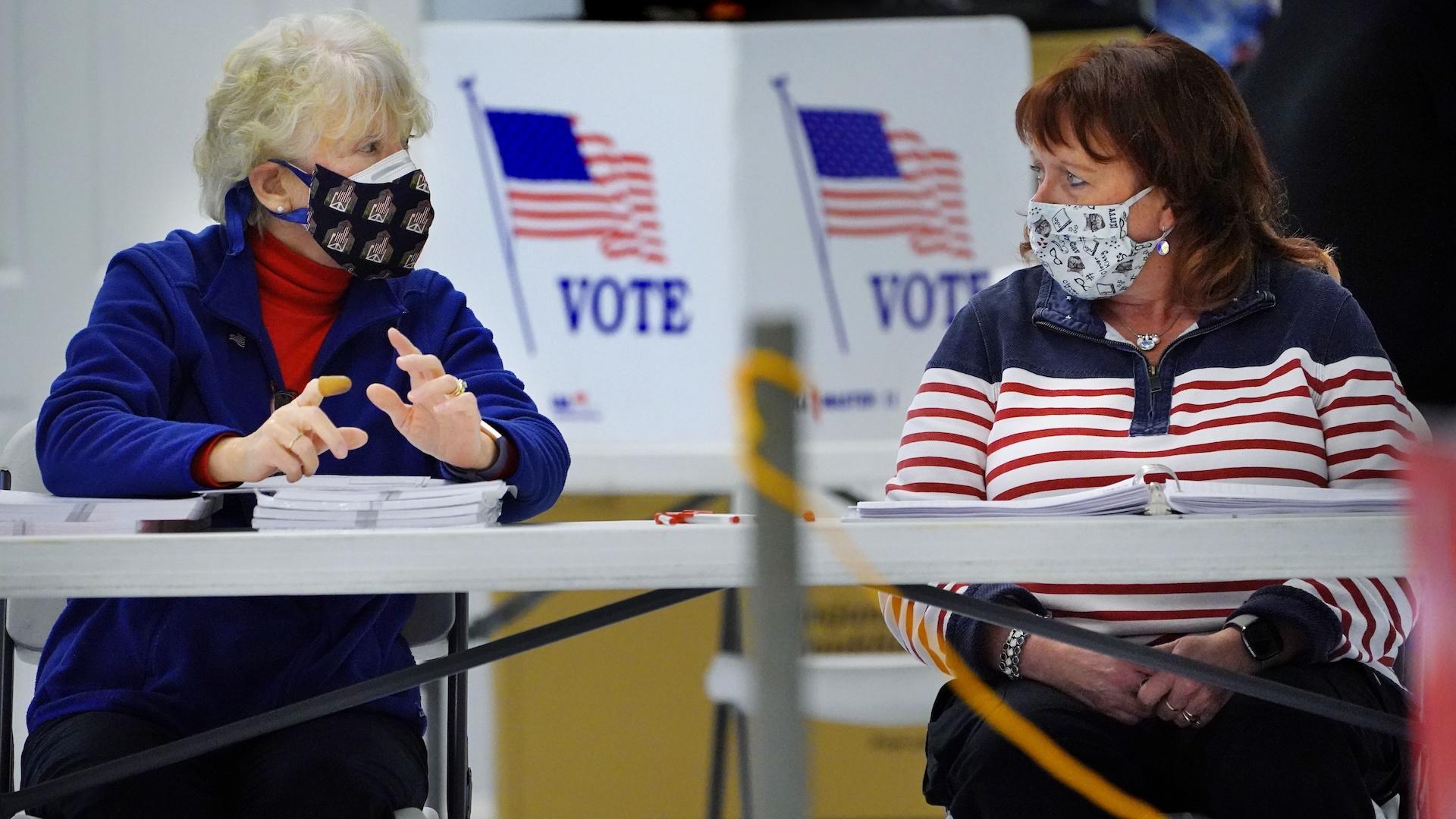 ATLANTA (AP) — After a year of dealing with false claims and death threats, election officials appeared on track Tuesday to deliver a relatively smooth Election Day.

There were few reports of voting or equipment problems, other than the sporadic power outage or polling place opening late that is not unusual for Election Day. It was too soon to gauge the effects of new voting restrictions in place in a few states.

In Georgia, Fulton County elections director Rick Barron said turnout had been “light but steady.” Two county polling locations did not have all the equipment they needed when polls opened, but poll managers followed proper procedures and allowed voters to use emergency paper ballots until the equipment issues were resolved, Barron said.

Election officials said demonstrating secure, consistent and fair practices would help reassure those who still have doubts about last year’s presidential election as preparations begin for next year’s midterms.

“It is a great dress rehearsal for 2022,” Minnesota Secretary of State Steve Simon said.

Much of the attention was on Virginia and New Jersey, where voters were casting ballots for governor and other statewide races. In the rest of the country, voters were making selections on a variety of local races, ranging from mayor and city council to school board and bond measures. Voters in Maine, New York, Texas and a few other few states were considering ballot initiatives on a wide array of topics.

For some, the voting experience differed from last year, when officials implemented pandemic-related changes to make it easier for voters to avoid crowded polling places. Some states have made those changes permanent, while others have rolled some of them back.

In Virginia, lawmakers last year expanded absentee voting permanently by no longer requiring an excuse. But a requirement for a witness signature on absentee ballots that was waived last year is back, and officials were contacting voters who had been turning in ballots without them. Those voters have until Friday to fix the issue or their ballots will not be counted.

In a few states, voters encountered tighter voting rules because of laws enacted in states controlled politically by Republicans. Among them are Florida and Georgia, where voters faced new ID requirements for using mail ballots.

Election officials in Broward and Palm Beach counties in Florida, where a congressional special election was being held, said voting had been smooth so far. Neither reported problems linked to the state’s new election law.

Georgia Republicans have been keeping a close eye on Fulton County, a heavily Democratic county that includes most of Atlanta, for any voting problems that could justify a state takeover using a sweeping new election law.

Barron said the panel appointed to review the county’s election operations as part of that process was on site Tuesday, but he said he didn’t want his staff to feel extra pressure because of that.

“I told the staff to focus on us and not to worry about all these external things that happen,” he said.

Republican lawmakers have said the changes were needed to improve security and public confidence after the 2020 presidential election. They acted as former President Donald Trump continued his false claims that the election was stolen despite no evidence of widespread fraud.

These claims were rejected by judges and election officials of both parties who certified the results and Trump’s own attorney general, who said federal law enforcement had not seen fraud “on a scale that could have effected a different outcome in the election.”

The claims have also decreased public trust and faith in election officials, who have been the target of threats and harassment. Last week, election officials of both parties testified before Congress about the threats they and their families have received and called for more protections for election workers.

Various hotlines staffed by voting rights groups were available to assist voters who had questions or encountered problems at the polls or with their mail ballots. Damon Hewitt, whose group the Lawyers’ Committee for Civil Rights Under Law leads the effort, said Tuesday’s elections presented an important test.

“It’s a test of voters to run the gauntlet, to figure out these new rules and restrictions,” Hewitt said. “And frankly, it’s also a test of our democracy: How strong can it be, and are we willing to tolerate these efforts to make it harder for people to vote?”