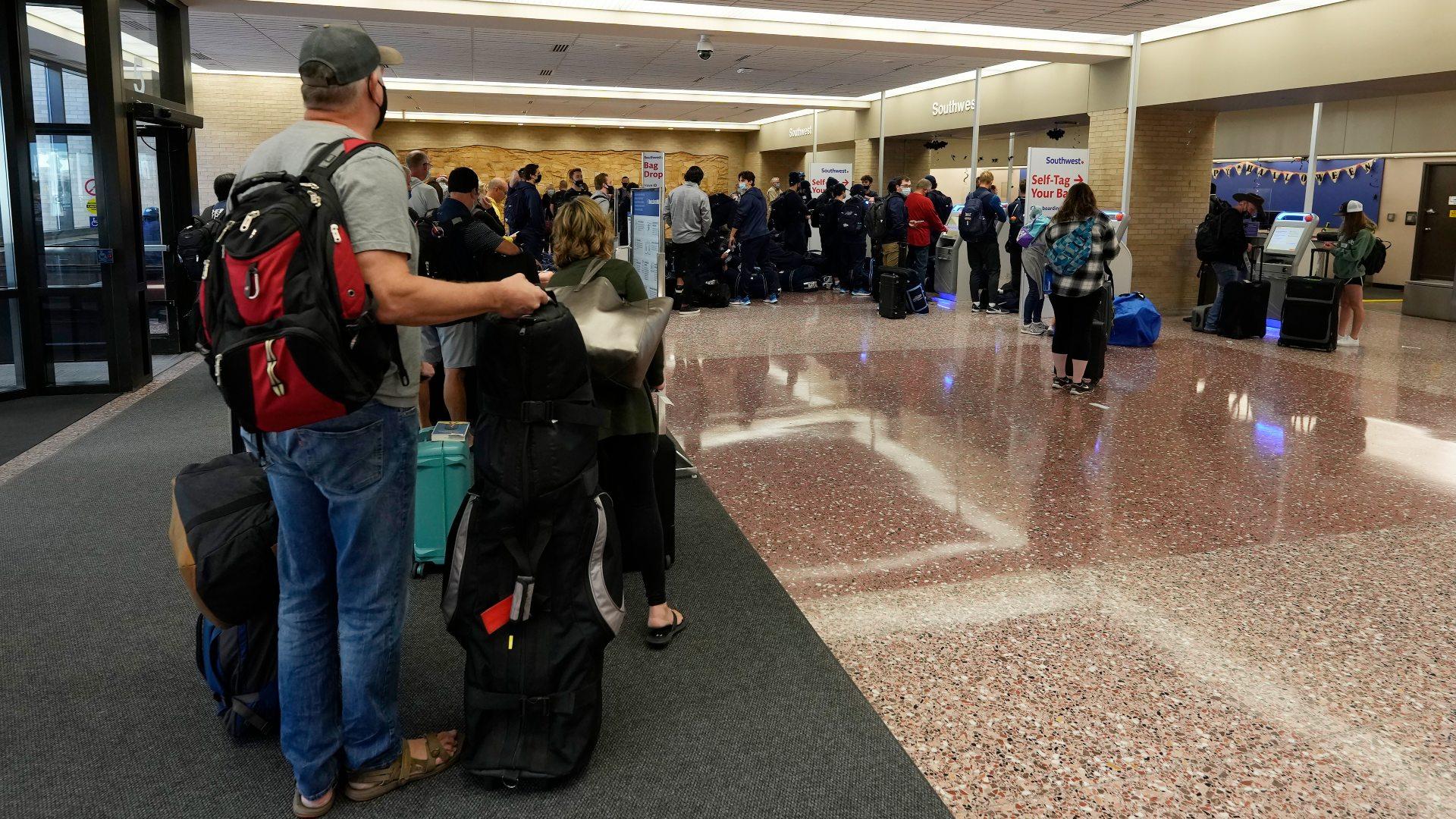 DALLAS (AP) — Southwest Airlines canceled more than 350 flights Monday following a weekend of major disruptions that it blamed on bad weather and air traffic control issues. The pilots union accused the company of a botched response to what it said would have been a minor challenge for other airlines.

The third straight day of canceled and delayed flights left passengers stranded and steaming from California to the East Coast.

“You can’t really relax when you’re just sitting there waiting for your next flight to be canceled,” said Vanessa Wheeler, who was biding her time at the San Jose, California, airport. She said Southwest canceled six consecutive flights on her over two days before she eventually decided to book a flight home to Las Vegas with Delta Air Lines. She vowed to never fly Southwest again.

Monday’s cancellations amounted to 10% of Southwest’s schedule, and at least 1,400 other flights, or roughly 40%, were delayed, according to the FlightAware tracking service. Shares of Southwest Airlines Co. fell 4.2%.

The widespread disruptions began shortly after the Southwest Airlines Pilots Association, representing 9,000 pilots, asked a federal court on Friday to block the airline’s order that all employees get vaccinated. The union argued that Southwest must negotiate over the issue because it could involve sick leave or disability if pilots have a reaction to the vaccine.

“We are not anti-vaccination at all, but our pilots are extremely worried about how their medicals are going to be handled” if they are unable to fly, union president Casey Murray told The Associated Press. Murray said pilots had not staged a sickout because of the vaccine mandate.

He instead blamed the chaos of the past few days on Southwest’s operation, which he said has become “brittle” and “cracks under the slightest pressure.” He said the airline uses antiquated crew-scheduling technology that leads to cascading disruptions when flights are canceled in one part of its network.

Unions at both Southwest and American have also argued that management has been too slow to bring pilots back from leaves of absence that the airlines persuaded them to take during the pandemic, leaving them short-handed.

In a video for employees, Southwest Chief Operating Officer Mike Van de Ven said that despite “a very aggressive hiring plan ... we are still not where we want to be with staffing,” especially pilots.

The staffing shortage is leading to fewer flights. After massive delays this summer, Southwest trimmed its fall schedule, which Van de Ven said had helped reduce delays in the past month. He said Southwest has already made significant cuts in its original schedules for November and December, “and if we think we need to do more, we will.”

There is a risk to fewer flights, however: It leaves Southwest with fewer options to accommodate stranded passengers.

Meanwhile, the Federal Aviation Administration acknowledged delays in part of Florida on Friday but pushed back against Southwest’s air-traffic control explanation. The FAA said Sunday that “some airlines” were experiencing problems because of planes and crews being out of position. Southwest was the only airline to report such a large percentage of canceled and delayed flights over the weekend.

Southwest spokeswoman Brandy King said there was no evidence that would indicate the disruptions were caused by any sort of employee protest over vaccinations.

Some passengers were frustrated not just by flight delays but also the lack of a clear reason for them.

“My concern is we had no explanation really that was, I feel, very legitimate or believable,” said Brian Gesch of Cedar Grove, Wisconsin, who was traveling through Reagan Washington National Airport with his wife. He doubted that weather and air traffic controllers were the real issue. “So, we are frustrated and missing a day of work.”

Others were just concerned about getting home.

“I’m not sure what’s going on,” said Sean Merrell of Frisco, Texas, “but as long as I can get back to Dallas, it’s all that matters to me.”

The White House has pushed airlines to adopt vaccine mandates because they are federal contractors — they get paid by the Defense Department to operate flights, including those that carried Afghanistan refugees to the U.S. this summer.

United Airlines was the first major U.S. carrier to announce a vaccination requirement. Southwest had remained silent even after President Joe Biden announced his order for federal contractors and large employers. Finally, last week, Southwest told employees they must be fully vaccinated by Dec. 8 to keep their jobs. Workers can ask to skip the shots for medical or religious reasons.

Southwest has struggled all summer with high numbers of delayed and canceled flights. In August, it announced it was trimming its September schedule by 27 flights a day, or less than 1%, and 162 flights a day, or 4.5% of the schedule, from early October through Nov. 5. 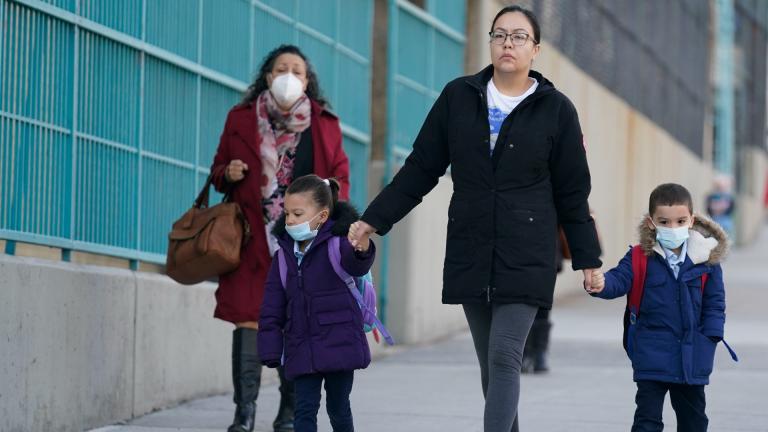 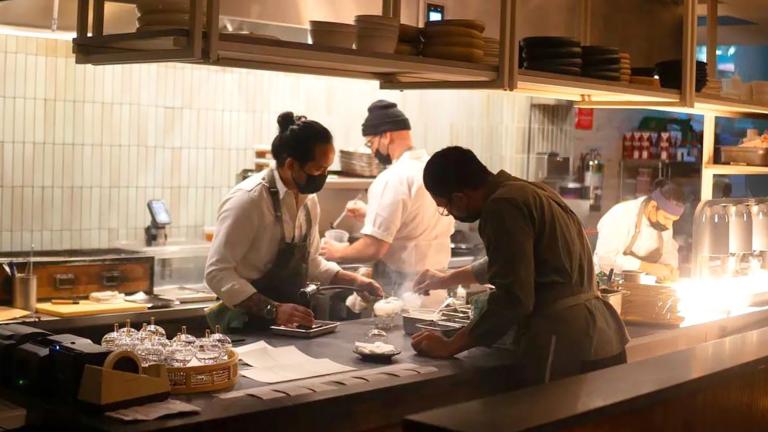 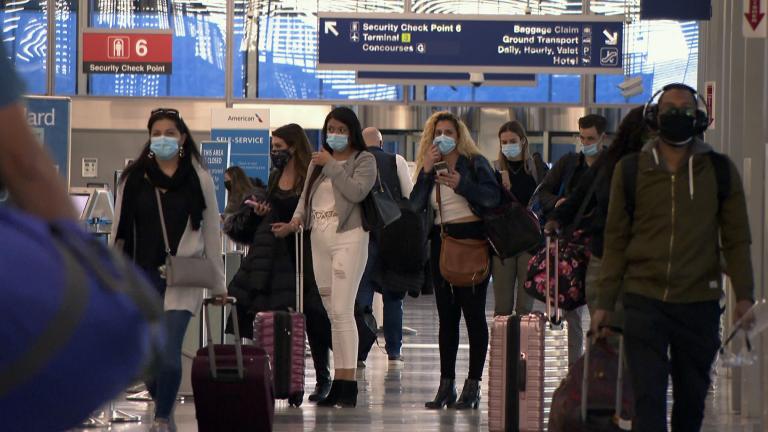 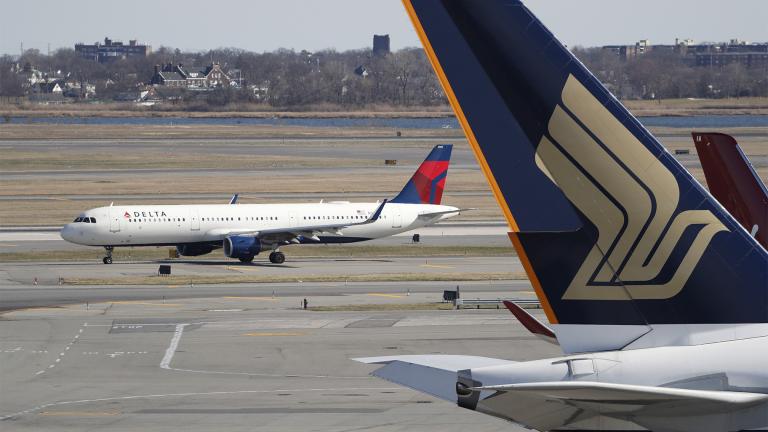