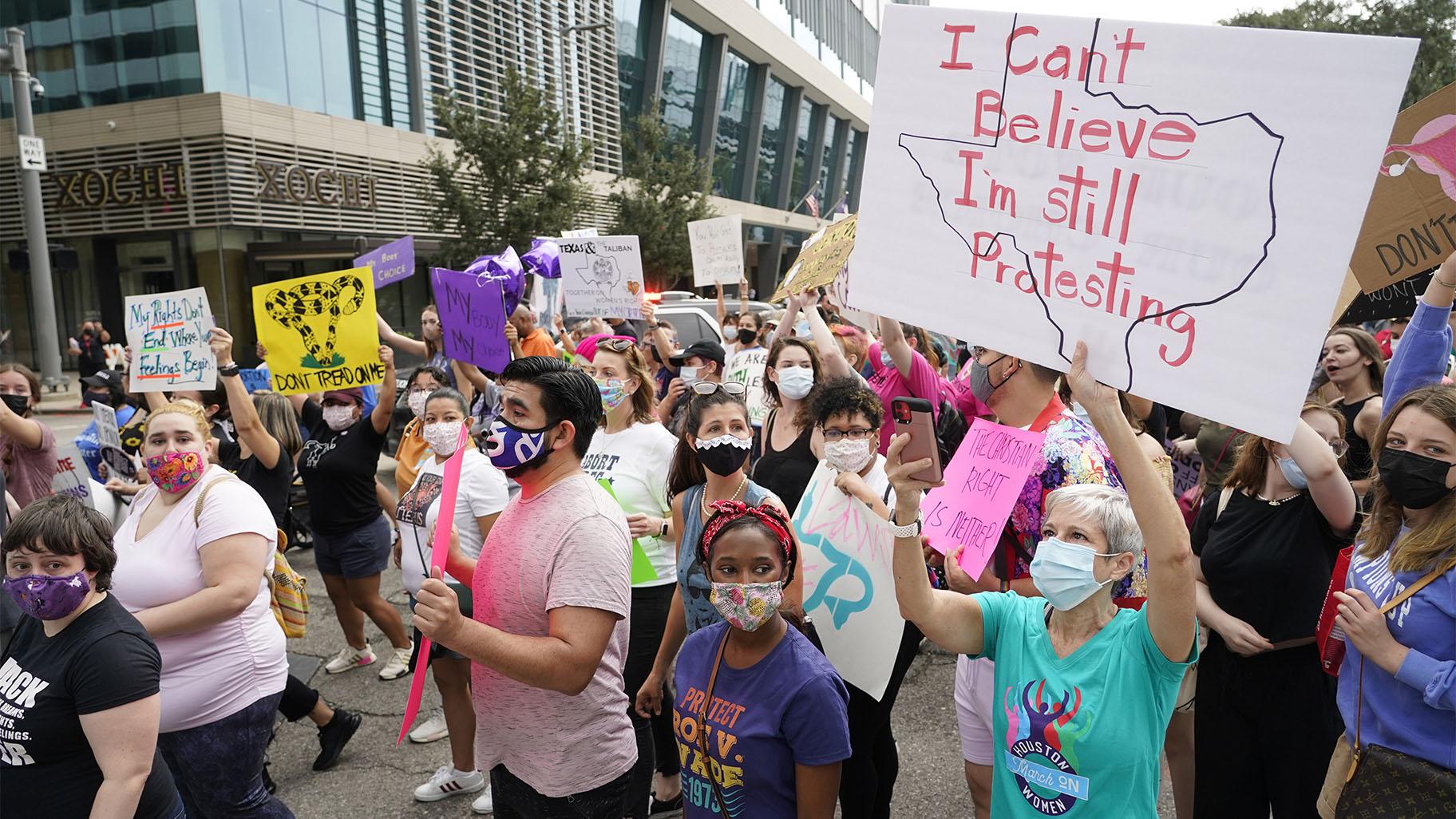 AUSTIN, Texas (AP) — A federal appeals court has allowed Texas to resume banning most abortions, just one day after clinics began racing to serve patients again for the first time since early September.

A one-page order by the 5th U.S. Circuit Court of Appeals issued late Friday reinstated the nation’s strictest abortion law, which bans abortions once cardiac activity is detected, usually around six weeks. It makes no exceptions in cases of rape or incest.

“Patients are being thrown back into a state of chaos and fear,” said Nancy Northup, president of the Center for Reproductive Rights, which represents several Texas clinics that had briefly resumed normal abortion services.

She called on the U.S. Supreme Court to “step in and stop this madness.”

Clinics had braced for the New Orleans-based appeals court to act fast after U.S. District Judge Robert Pitman, an appointee of President Barack Obama, on Wednesday suspended the Texas law that he called an “offensive deprivation” of the constitutional right to an abortion. Knowing that order might not stand long, a handful of Texas clinics on Thursday started performing abortions again beyond six weeks, and booked new appointments for this weekend.

But barely 48 hours passed before the appeals court accepted Texas’ request to set aside Pitman’s ruling — at least for now — pending further arguments. It gave the Biden administration, which had brought the lawsuit, until Tuesday to respond.

Texas had roughly two dozen abortion clinics before the law took effect Sept. 1. During the brief period the law was on hold, many Texas physicians remained unwilling to perform abortions, fearful that doing so could still leave them in legal jeopardy.

The new law threatens Texas abortion providers with lawsuits from private citizens, who are entitled to collect at least $10,000 in damages if successful. That novel approach to enforcement is the reason why Texas had been able to evade an earlier wave of legal challenges prior to this week.

The 5th Circuit Court of Appeals had already once allowed the law to take effect in September, and stepped in this time only hours after Paxton’s office urged them to act.

His office told the court that since the state does not enforce the law, it cannot “be held responsible for the filings of private citizens that Texas is powerless to prevent.”

It is unclear how many abortions Texas clinics performed while the law was on hold. On Thursday, at least six abortions providers had resumed normal services or were gearing up to do so, according to the Center for Reproductive Rights.

Prior to Pitman’s blistering 113-page order, other courts had declined to stop the law, which bans abortions before some women even know they are pregnant. That includes the Supreme Court, which allowed it to move forward in September without ruling on its constitutionality.

One of the first providers to resume normal services this week was Whole Woman’s Health, which operates four clinics in Texas.

Amy Hagstrom Miller, president of Whole Woman’s Health, said her clinics called in some patients early Thursday who were on a list in case the law was blocked. Other appointments were being scheduled for the days ahead, and phone lines were again busy. But some of the clinics’ 17 physicians were still declining to perform abortions because of the legal risk.

Pitman’s order had amounted to the first legal blow to the law known as Senate Bill 8. In the weeks since the restrictions took effect, Texas abortion providers said the impact had been “exactly what we feared.”

Planned Parenthood says the number of patients from Texas at its clinics in the state decreased by nearly 80%. Some providers have said Texas clinics are in danger of closing while neighboring states struggle to keep up with a surge of patients who must drive hundreds of miles for an abortion.

Other women, they say, are being forced to carry pregnancies to term.

How many abortions have been performed in Texas since the law took effect is unknown. State health officials say September data won’t be available on its website until early next year.

A 1992 decision by the U.S. Supreme Court prevented states from banning abortion before viability, the point at which a fetus can survive outside the womb, around 24 weeks of pregnancy. But Texas’ version has so far outmaneuvered the courts because it leaves enforcement to private citizens to file suits, not prosecutors, which critics say amounts to a bounty.

“This is an answered prayer,” said Kimberlyn Schwartz, spokeswoman for Texas Right to Life, the state’s largest anti-abortion group.