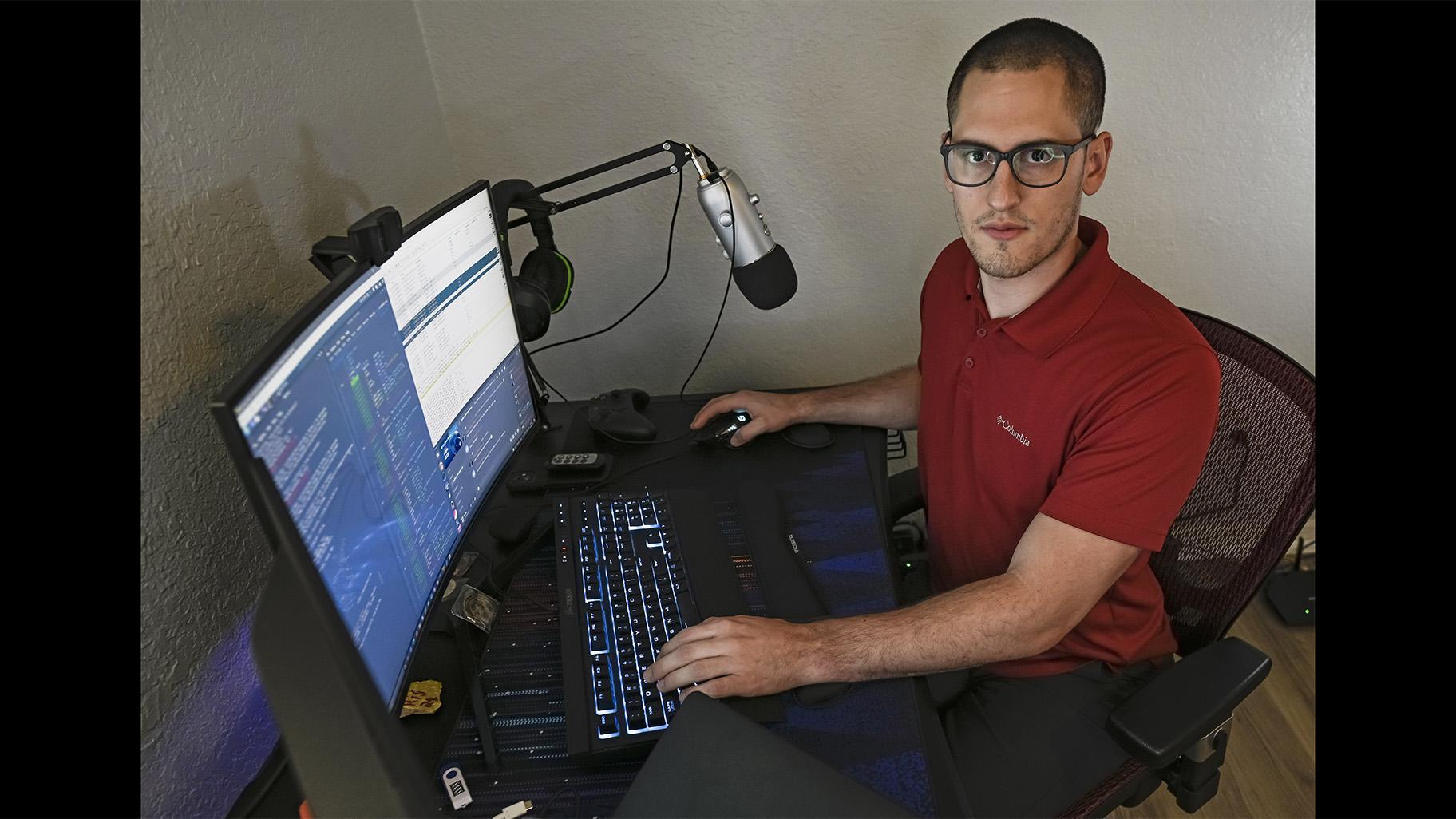 CHICAGO (AP) — Austin Moody wanted to apply his cybersecurity skills in his home state of Michigan, teaming up with investigators for the State Police to analyze evidence and track down criminals.

But the recent graduate set the idea aside after learning an unpaid internship was his only way into the Michigan agency.

“I don’t know many people that can afford to take an unpaid internship, especially when it’s in such high demand in the private sector,” Moody said of fellow cybersecurity job seekers. “Unpaid internships in cyber aren’t really a thing beyond the public sector.”

Hiring and keeping staff capable of helping fend off a constant stream of cyberattacks and less severe online threats tops the list of concerns for state technology leaders. There’s a severe shortage of those professionals and not enough financial firepower to compete with federal counterparts, global brands and specialized cybersecurity firms.

“People who are still in school are being told, ‘There’s a really good opportunity in cybersecurity, really good opportunities for high pay,’” said Drew Schmitt, a principal threat intelligence analyst with the cybersecurity firm GuidePoint Security. “And ultimately these state and local governments just can’t keep up from a salary perspective with a lot of private organizations.”

State governments are regular targets for cybercriminals, drawn by the troves of personal data within agencies and computer networks that are essential to patrolling highways, maintaining election systems and other key state services. Notable hits since 2019 include the Washington state auditor, Illinois’ attorney general, Georgia’s Department of Public Safety and computer servers supporting much of Louisiana’s state agencies.

Cities, too, come under attack, and they have even fewer resources than states to stand up cyber defenses.

Aided by industry groups, the federal government and individual states have created training programs, competitions and scholarships in hopes of producing more cybersecurity pros nationwide. Those strategies could take years to pay off, however. States have turned to outside contractors, civilian volunteers and National Guard units for help when their systems are taken down by ransomware and other hacks.

States needed to fill nearly 9,000 cybersecurity jobs as of this summer, according to CyberSeek a joint project of the Computing Technology Industry Association and the National Institute of Standards and Technology. The total is probably higher because the project doesn’t count job listings that states posted only to their own employment portal.

State leaders are reluctant to detail the number of vacancies, worrying that could further entice potential attackers. States’ top security officials have ranked inadequate cybersecurity staffing among their top concerns every year since the National Association of State Chief Information Officers and Deloitte began surveying the group in 2014.

U.S. officials make no secret of their own struggles to hire cybersecurity pros or retain them. The Department of Homeland Security alone has 2,000 cybersecurity job vacancies, and the Biden administration promoted 300 new hires this summer.

The $95,412 average salary of a local or state government cyber employee lagged by $25,000 or more in 2020 compared with the pay in the federal government, the financial services industry and IT services, according to a survey conducted by the International Information System Security Certification Consortium, a trade association.

Information security analysts earned a median salary of $103,590 in May 2020, according to the Bureau of Labor Statistics. Cyberseek puts starting salaries close to $90,000 across all employers.

Homeland Security officials in 2014 recognized that lower pay was keeping their agency at a disadvantage, but it took until this year to publish a rule allowing higher salaries for cybersecurity roles — capped at $255,800, the maximum salary allowed for the vice president.

“The Department desperately needs a more flexible hiring process with incentives to secure talent in today’s highly competitive cyber skills market,” a portion of the rule due to take effect later this fall reads.

Leaders in the field often bemoan the expensive and time-consuming certification requirements and background checks that employers insist on for cybersecurity roles, saying that keeps jobs vacant and discourages women and people of color from working in cybersecurity.

Nicole Beebe, chair of the department of information security and cyber security at the University of Texas at San Antonio, said states’ struggles are more fundamental. Private companies and the federal government aggressively recruit students during college, sending representatives to classes and career fairs.

“When it’s a hypercompetitive field, you can’t just submit a job posting and think it will get the same traction,” Beebe said.

Lower pay at government jobs can be a turnoff, but many students prefer a position that lets them leave work at home, which is not always the case with private companies.

A state or local government role doesn’t compare to the “meat grinder” of constantly responding to new attacks or vulnerabilities on a cybersecurity team for Microsoft or Amazon, said Michael Hamilton, founder of the PISCES Project. The organization connects cybersecurity students to local governments that don’t have employees focused on that work.

“State agencies can be taking on interns, grooming them, showing them that state government is a promising place to work,” he said. “But what I see them doing is just getting into the fistfight with all the others that want to hire these people and losing.”

Sienna Jackson, a 2020 graduate from the University of Texas at San Antonio, accepted a job as an engineer at the defense company Northrop Grumman after interviewing with the company at a conference. She began college as an accounting major but discovered cybersecurity through a classmate.

After an internship with Dell during college, she hoped to find a similarly sized company with a strong training program and other benefits.

Salary and help with moving or housing also mattered for Jackson, who worked several jobs while earning her degree and has to pay back her student loans. She didn’t rule out state government jobs but didn’t see agencies at career fairs on campus or at conferences.

“Once I graduated and was interviewing, I realized I have a lot of options,” she said. “I get to choose where I go and my standards and not just accept whatever job comes my way.”

Moody, the Michigan native, got a scholarship from the Department of Defense that required working for the agency at least a year after graduating. Moody said he understands that state governments don’t have the kind of money that federal agencies or private companies spend on recruiting and generous salaries.

But sending cybersecurity staff to talk to students about their work and its importance to thousands of state residents can make a big impact without costing much, he said.

“A lot of people want to be in a public service role and are open to starting there,” Moody said.