Throughout her career, journalist and author Dawn Turner has been writing about race, politics and people.

But in Turner’s latest book, “Three Girls from Bronzeville: A Uniquely American Memoir of Race, Fate and Sisterhood,” she turned her pen inward as she reflects on her own life’s path, and how it drastically diverged from the lives of the two girls she grew up closest to — her sister Kim, who was three years younger than Turner, and her childhood best friend and upstairs neighbor Debra Trice.

Turner went on to become an award-winning journalist and novelist, but her sister and friend struggled throughout adolescence and beyond.  She remembers her younger sister, who died from chronic alcoholism at 25, as a dynamo.

“When my parents brought her home from the very first moment, she was a mystery to me- headstrong, fearless and stubborn. She was the one who challenged my parents from the beginning to the end, and I was much more quiet and different in that regard. She was just always on the move.”

Turner befriended Debra Trice when they were 8 years old, and she says Debra was, like her sister, a spirited child.

“I would always say that Debra and I were best friends, but Kim and Debra were soulmates. The things I did not admire in my little sister because she was my sister, I loved in Debra. She also trafficked in trouble, headstrong, challenged the teachers. For me rules were scaffolding, for them they were just something that they wanted to push out of the way.”

As a columnist for the Chicago Tribune, Turner wrote about her friend Debra, who had been convicted of the 1998 murder of an acquaintance.

Turner says the “uniquely American” in the book’s title refers in part to the fourth character in the title – Bronzeville itself. 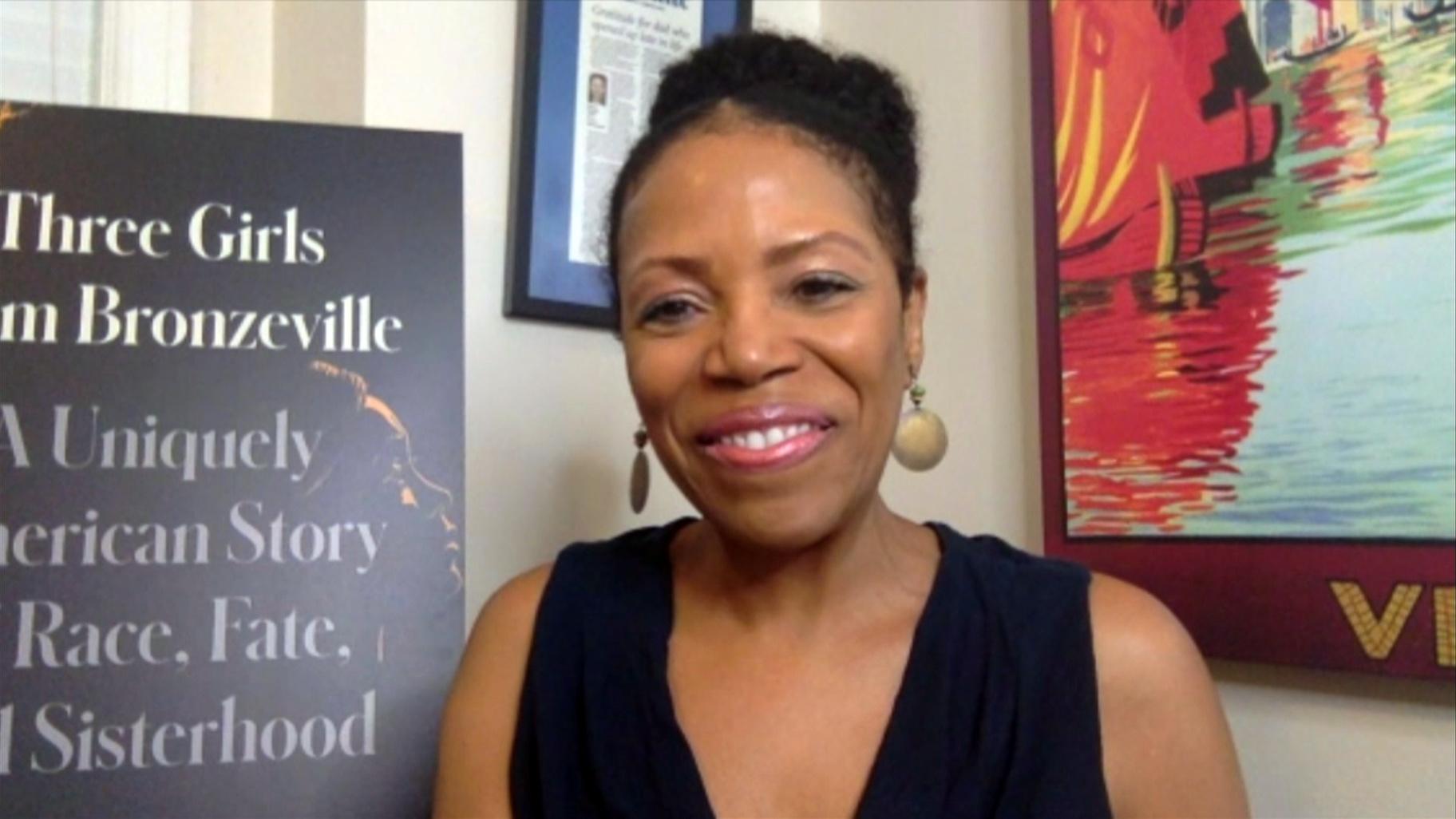 In her latest book, journalist and author Dawn Turner reflects on her own life’s path and how it diverged from the lives of the two girls she grew up closest to — her sister Kim, and her best friend Debra. (WTTW News)

“The community is shaped by forces that are uniquely American – things like redlining, housing covenants. People make choices, yes, but the choices that are based on the conditions they’re in. We are a product of policies that originated years ago that continue to handcuff communities,” Turner said.

“What’s fascinating about where we grew up is that we were not in public housing, we were in a private development, but right across the street was public housing, so we had a bird’s eye view of what was going on over there. We clearly understood how things worked for us – if we were to call the police, for the most part that worked, but across the street, it was mayhem,” she said. “Over there, garbage was not picked up on time. In Lawless, the janitors policed [litter] with like a religious fervor. We received dignity as opposed to our neighbors. The city just abandoned and neglected so many properties.”

Turner says housing plays an important role in the book, but also in the country.

“We grew up in this amazing community and it showed that affordable housing does not have to look like cinder blocks or a government property, it can imbue dignity in its residents. Buildings are so important – as a society we have to create more places and spaces that make people feel their worth,” she said.

Dawn Turner will open the Printers Row Lit Fest  Sept. 11-12 on Printers Row at Dearborn Street between Polk Street and Ida B Wells Drive. Attendance is free. She will also join the Chicago Humanities Festival the weekend of October 9.