US Regulators Give Full Approval to Pfizer COVID-19 Vaccine 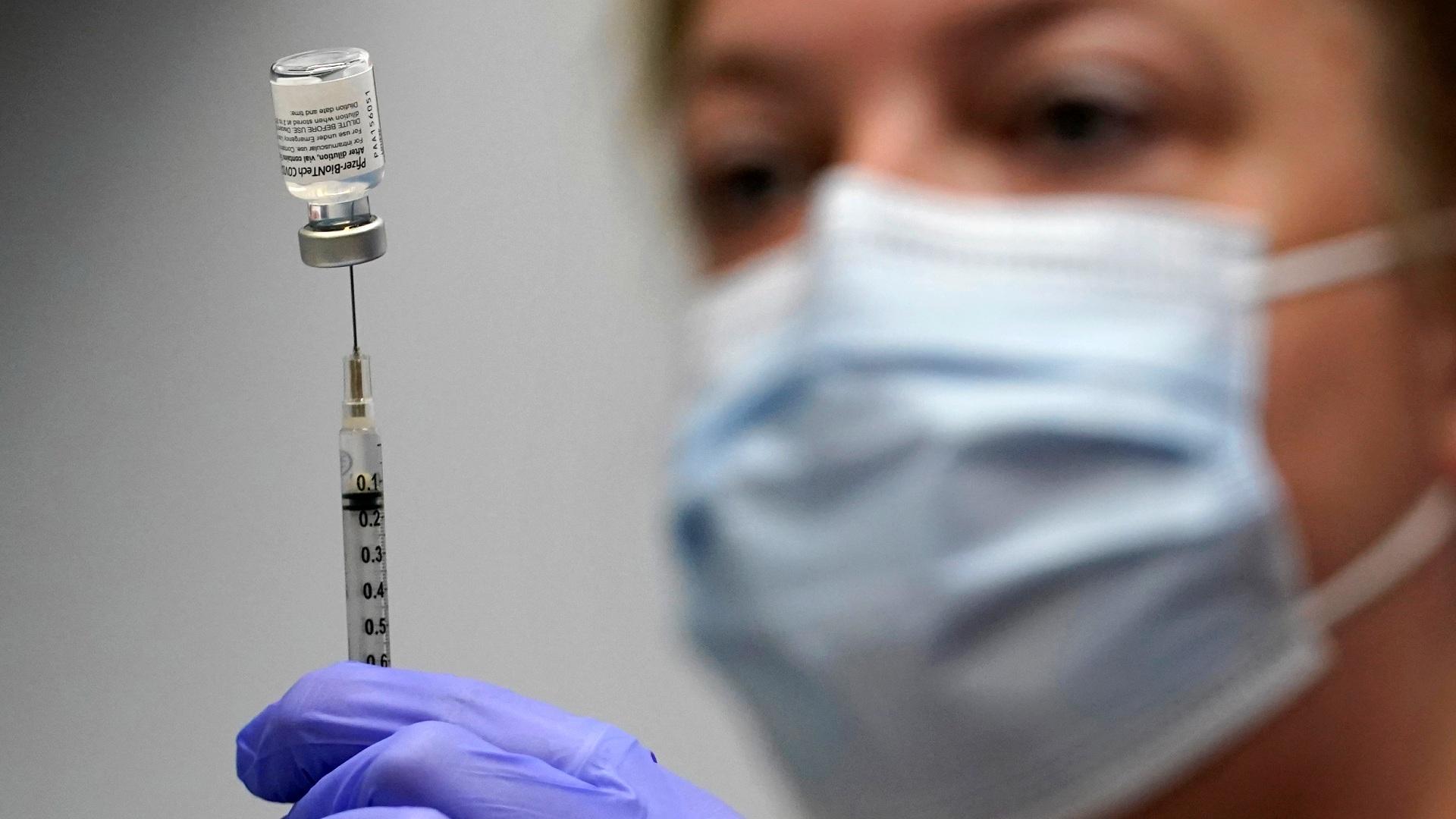 The Pentagon immediately announced it will press ahead with plans to require members of the military to get the vaccine as the U.S., and the world, battle the extra-contagious delta variant.

The formula made by Pfizer and its German partner BioNTech now carries the strongest endorsement from the Food and Drug Administration, which has never before had so much evidence to judge a shot’s safety. More than 200 million Pfizer doses have been administered in the U.S. — and hundreds of millions more worldwide — under special emergency provisions since December.

“Vaccines are one of our greatest weapons against the virus,” acting FDA Commissioner Janet Woodcock said. “We hope this approval will bolster confidence in those who’ve been wavering.”

Pfizer said the U.S. is the first country to grant the company’s vaccine full approval. The shot will be marketed in the U.S. under the brand name Comirnaty.

Moderna has also applied to the FDA for full approval of its vaccine. Johnson & Johnson, maker of the third option in the U.S., said it hopes to do so later this year.

Just over half of the U.S. population is fully vaccinated. Vaccinations in this country bottomed out in July at an average of about a half-million shots per day, down from a peak of 3.4 million a day in mid-April. As the delta variant fills hospital beds, shots are on the rise again, with a million a day given Thursday, Friday and Saturday.

Full approval of Pfizer’s COVID-19 vaccine means it meets the same “very high standards required of all the approved vaccines we rely on every day,” said Dr. Jesse Goodman of Georgetown University, a former FDA vaccine chief. That should help “anyone who still has concerns gain confidence” in the shots.

Earlier this month, Defense Secretary Lloyd Austin said he would seek the president’s OK to make the vaccine mandatory by mid-September or once the FDA grants final approval, whichever comes first. On Monday, after the FDA acted, the Pentagon said guidance on vaccinations will be worked out and a timeline will be provided in the coming days.

“Mandating becomes much easier when you have full approval,” said Dr. Carlos del Rio of Emory University. “I think a lot of businesses have been waiting for it.”

This month, New York City, New Orleans and San Francisco all imposed proof-of-vaccination requirements at restaurants, bars and other indoor venues. At the federal level, President Joe Biden is requiring government workers to sign forms attesting that they have been vaccinated or else submit to regular testing and other requirements.

Anxious Americans increasingly are on board: Close to 6 in 10 favor requiring people to be fully vaccinated to fly or attend crowded public events, according to a recent poll by The Associated Press-NORC Center for Public Affairs Research.

The delta variant has sent cases, deaths and hospitalizations soaring in recent weeks in the U.S., erasing months of progress. Deaths are running at about 1,000 a day on average for the first time since mid-March, and new cases are averaging 147,000 a day, a level last seen at the end of January.

“For weeks we have watched cases go up at an alarming pace among individuals who are not vaccinated while the vaccinated are largely protected,” said Dr. Tomas J. Aragon, director of California’s public health department. “If you are not vaccinated, let this be the milestone that gets you there.”

The FDA, like regulators in Europe and much of the rest of the world, initially allowed emergency use of Pfizer’s vaccine based on a study that tracked 44,000 people 16 and older for at least two months — the time period when serious side effects typically arise.

That’s shorter than the six months of safety data normally required for full approval. So Pfizer kept that study going, and the FDA also examined real-world safety evidence in deciding whether to fully license the vaccine for people 16 and older, those studied the longest. Pfizer’s shot is still being dispensed to 12- to 15-year-olds on an emergency basis.

Normally, doctors can prescribe FDA-approved products for other reasons than their original use. But Woodcock strongly warned that the Pfizer vaccine should not be used “off-label” for children under 12.

Both Pfizer and Moderna have vaccine studies underway in youngsters, and they are using different doses from what is available for those 12 and older. Results are expected in the fall.

Also, Woodcock said health providers are offering COVID-19 vaccines under agreements with the government that should preclude using Monday’s approval as a pretext for offering booster shots to the general population.

Currently, the FDA has authorized third doses of either Pfizer’s or Moderna’s vaccine only for certain people with severely weakened immune systems, such as organ transplant recipients. For everyone else, the Biden administration is planning for boosters starting in the fall. But the FDA is evaluating that question separately.

In reaching Monday’s decision, the FDA said safety tracking of millions of doses found serious side effects remain extremely rare, such as chest pain and heart inflammation a few days after the second dose, mostly in young men.

As for effectiveness, six months into Pfizer’s original study, the vaccine remained 97% protective against severe COVID-19. Protection against milder infection waned slightly, from a peak of 96% two months after the second dose to 84% by six months.

Those findings came before the delta variant began spreading, but other data from the Centers for Disease Control and Prevention shows the vaccine is still doing a good job preventing severe disease caused by that mutant.