Taishi Neuman experienced homelessness when she was a sophomore in high school. She had a two-year-old daughter and wasn’t able to afford a babysitter, so she couldn’t always make it to class.

“I couldn’t attend high school on the regular,” Neuman said. “I would go as much as I could, but once I got to my junior year I had to quit and I didn’t know back then that they had liaison and they had things that CPS can give me to help me to finish my education.”

Today, Neuman is a parent of three Chicago Public Schools students. She’s also a founding member of the eduction committee at the Chicago Coalition for the Homeless, which helps advise CPS on how it can support homeless students.

“When you look at Black students, specifically over the course of their time at CPS, one in four will experience homelessness, which is really, really shocking,” said Carmelo Barbaro, executive director of the Inclusive Economy Lab. “That’s the result of longstanding discrimination, exclusion from economic opportunity and other factors that make access to safe, stable and affordable housing more challenging for our Black neighbors.”

The Department of Education has an expansive definition of what homelessness is, Barbaro said. It can include living on the streets and in shelters, or sleeping as a guest in someone else’s home and “couch surfing.” 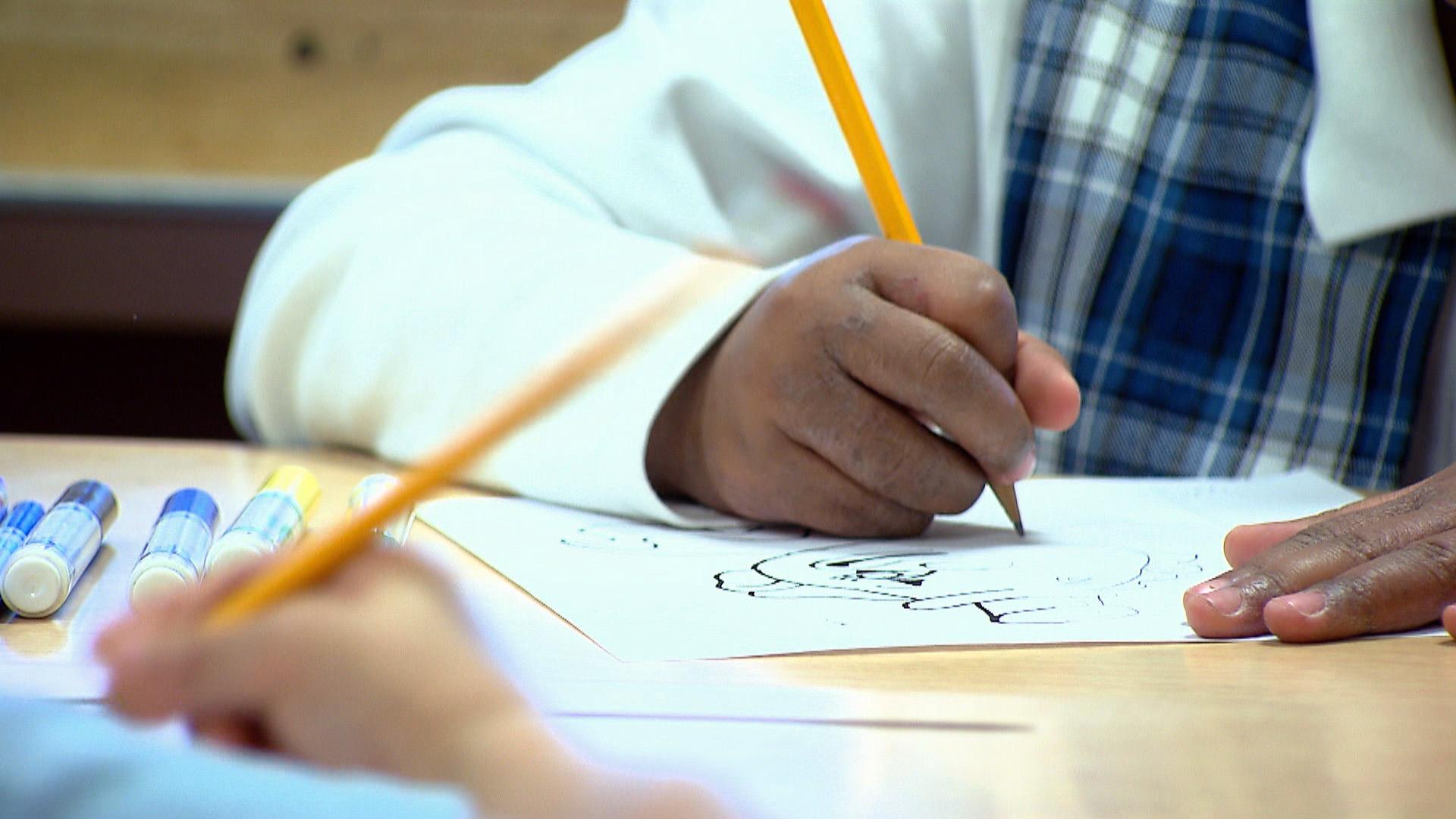 “This was particularly troubling to us because homelessness is not just a symptom of poverty, but it plays a role in perpetuating poverty,” Barbaro said. “We see that experiencing homelessness for the first time has a significant impact in that first year on attendance, it has an impact on GPA and leads to learning loss that can hold a student back academically over time.”

Barbaro said homeless students likely faced greater challenges during the pandemic, particularly in terms of online learning if they lacked access to a quiet space or broadband internet.

Fenger Academy High School had a high number of homeless students, with over 50% in temporary living situations, said Liz Dozier, who served for six years as the school’s principal.

One student in particular stands out in Dozier’s memory. She was a “stellar” student, Dozier said, who was involved in after-school activities and was a “joy to be around.” The student and her family became homeless midway through the school year when their home burned down.

“Almost immediately we saw a decline in not necessarily her showing up to school, but just her social-emotional well-being, how she was showing up academically,” Dozier said.

Through pre-established relationships with the student, the school was able to learn what had happened and support the student and her family with wraparound services, Dozier said.

“It’s a traumatic experience to not have a place to rest and reside,” Dozier said. “To not have that or to have that disrupted and to be living in a shelter or sleeping on someone’s couch, it’s really hard to navigate the academic things … our most basic needs need to be met first,” said Dozier, who is now the founder and CEO of Chicago Beyond.

Dozier said building relationships is the first place to start.

“It’s not like a student comes in and reports that they’re homeless,” Dozier said. “They might not even know that they are homeless if they are doubled up. They might not think of themselves in that way. Part of it for us at Fenger was understanding students and building relationships with them so we could get the information that we needed to be able to support them.”

“We saw a lot of principals, school staff going above and beyond their normal job responsibilities to try to find ways to support students, being really creative about accessing resources so that students could have clean clothing and toiletries and could come to school and fully engage in the educational experience without feeling socially isolated or stigmatized as a result of experience,” Barbaro said.

Neuman said she would like CPS to have more counselors to support homeless students.

“In your teen years you’re already going through a lot of things,” Neuman said. “Some kids look at school as a priority and if they had more counselors to help guide them through situations that they’re going through, we’ll have a more success story with our CPS students.”

Neuman is currently working toward her GED, and hopes her work on the education committee can help ensure homeless students are able to continue their education.

“Anything to help them, because I wish when I was growing up there were people out there who could help me to finish my education,” Neuman said.