Chicago’s black and blue carts for garbage and recycling have been the city’s waste management workhorses. But a new waste strategy study conducted by the Delta Institute encourages officials to expand their scope and think beyond the cart.

The highly anticipated report, which many have been awaiting as a means of addressing Chicago’s woeful recycling rate, proposes a reimagining of waste disposal, starting with an increased emphasis on avoiding the creation of waste altogether.

According to the study, which was released Wednesday, Chicago generates more than 4 million tons of material waste annually. That figure represents a combination of residential, commercial, institutional and construction waste. The report offers 63 recommended strategies that would both help reduce the amount of waste generated and also increase the amount diverted through recycling, composting and other forms of reuse.

A dozen of the strategies have been identified as priorities to set in motion during 2021 and 2022.

Among those with the greatest potential would be the pursuit of statewide extended producer responsibility legislation, said Chris Sauve, director of the Department of Streets and Sanitation’s recycling program.

Such legislation, known as EPR, is an emerging concept that takes the burden off of the consumer for disposing things like electronics and appliances and places it on the producer instead.

“In terms of impact, that would be a game changer,” Sauve said. 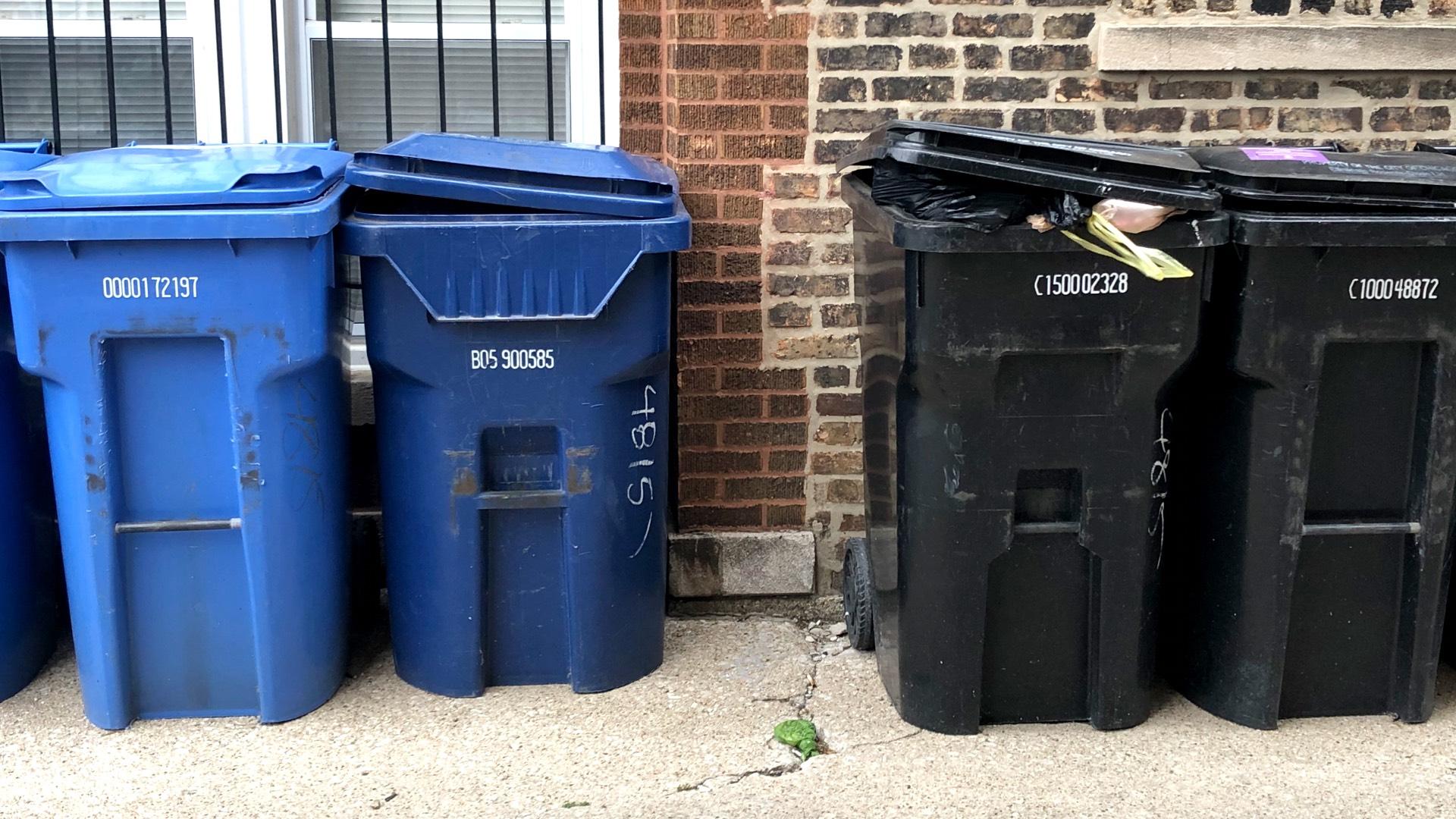 While EPR legislation is a long-term goal, other strategies can be implemented in short order. These include partnering with a textile recycling company to divert clothes, shoes and other items from the waste stream. Another fairly simple idea is to create a one-stop guide listing all the places where people can recycle items the city’s program doesn’t accept, including books, cookware and toys, to name a few.

Such listings do exist, but they can be out of date or hard to find, Sauve said. An updated, centralized resource managed by the city would be an improvement.

With equity being one of the guiding principles under which strategies will be deployed, the city needs to increase access to the locations where specialty materials can be disposed of or recycled, Tovar said.

“It shouldn’t be that when you have a shredding or e-waste event it’s only in certain neighborhoods,” she said. “We need to extend that city-wide.”

A key component will be tapping into neighborhood networks and community organizations already filling gaps in the city’s waste management system, Tovar said. These range from community gardens that serve as compost drop-off points to tool-lending libraries to repair cafes.

“We want to support this ecosystem and work in coordination to build out a healthier system,” she said.

Keeping food waste out of landfills is another top priority. Setting up a city-wide compost collection program would take the kind of time and resources that aren’t immediately available, but the city has an opportunity to conduct pilot projects through its participation in the National Resources Defense Council Food Matters Great Lakes regional cohort.

“Learning what’s happening in other cities was an eye-opener,” said Sauve. “There’s a lot of work that happens around food rescue and waste I wasn’t tapped into.”

That said, the black and blue carts aren’t going anywhere anytime soon, though the Delta Institute did suggest a few changes even to these tried-and-true receptacles.

Recycling refuse placed in blue carts tends to be less dense and takes up more volume (think cardboard boxes that are not broken down) versus garbage in the black carts. It may be appropriate, the report said, to increase the pickup frequency of recycling or use larger carts, while downsizing garbage carts.

Note: This story was originally published July 14, 2021. It has been updated to include our “Chicago Tonight” discussion.