Rash of Mass Shootings Stirs US Fears Heading Into Summer 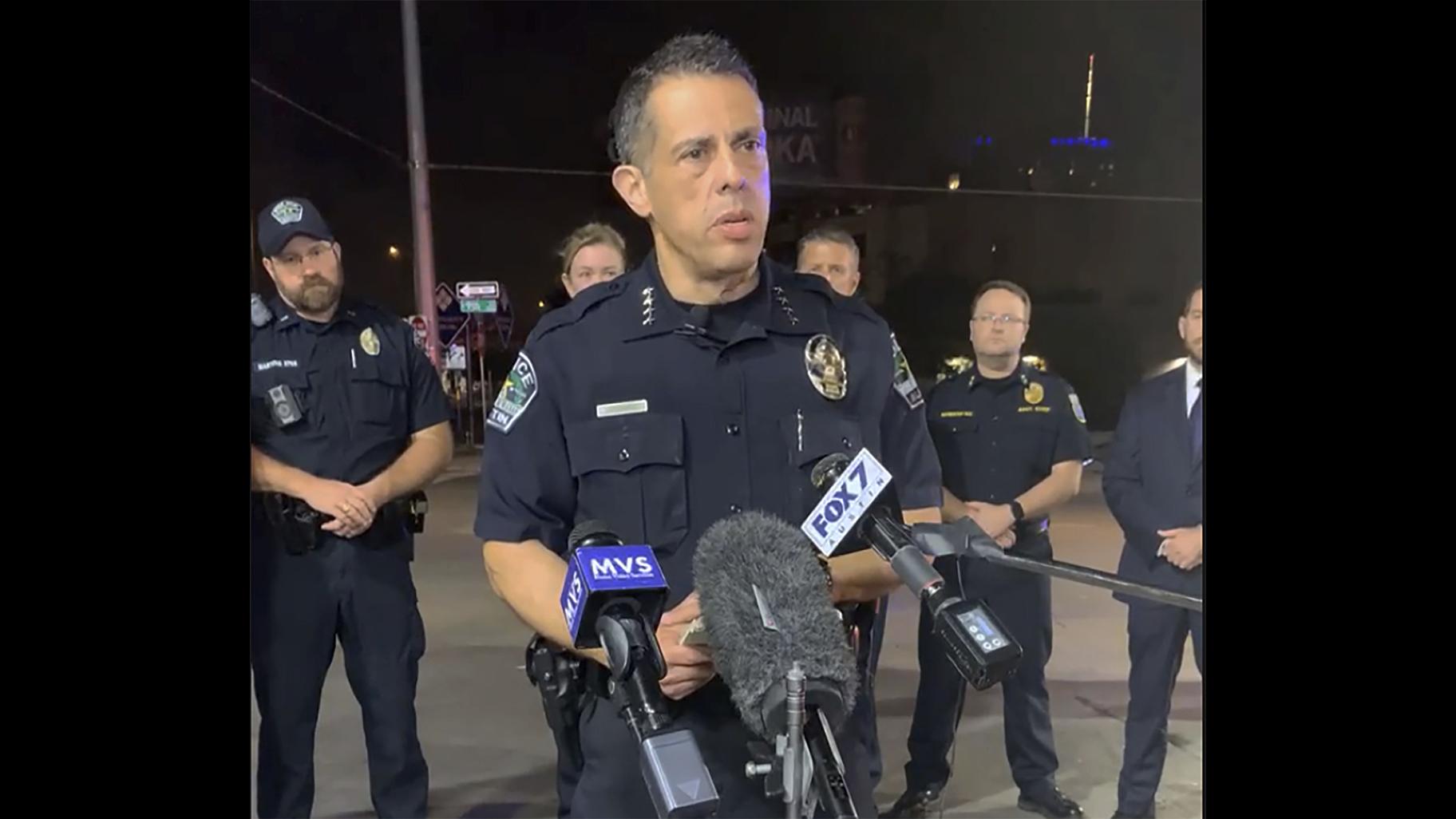 CHICAGO (AP) — Two people were killed and at least 30 others wounded in mass shootings overnight in three states, authorities said Saturday, stoking concerns that a spike in U.S. gun violence could continue into summer as coronavirus restrictions ease and more people are free to socialize.

The attacks took place late Friday or early Saturday in the Texas capital of Austin, Chicago and Savannah, Georgia.

In Austin, authorities said they arrested one of two male suspects and were searching for the other after a shooting early Saturday on a crowded pedestrian-only street packed with bars and restaurants. Fourteen people were wounded, including two critically, in the gunfire, which the city’s interim police chief said is believed to have started as a dispute between two parties.

No arrests were reported by late Saturday in the two other shootings.

In Chicago, a woman was killed and nine other people were wounded when two men opened fire on a group standing on a sidewalk in the Chatham neighborhood on the city’s South Side. The shooters also got away and hadn’t been identified by mid-afternoon Saturday.

READ: Violence in Texas, Georgia and Illinois Brings Number of US Mass Shootings to 270 So Far This Year

In the south Georgia city of Savannah, police said one man was killed and seven other people were wounded in a mass shooting Friday evening, police said. Two of the wounded are children — an 18-month-old and a 13-year-old.

Savannah’s police chief, Roy Minter, Jr., said the shooting may be linked to an ongoing dispute between two groups, citing reports of gunshots being fired at the same apartment complex earlier in the week.

The attacks come amid an easing of COVID-19 pandemic restrictions in much of the country, including Chicago, which lifted many of its remaining safeguards on Friday. Many hoped that a spike in U.S. shootings and homicides last year was an aberration perhaps caused by pandemic-related stress amid a rise in gun ownership and debate over policing. But those rates are still higher than they were in pre-pandemic times, including in cities that refused to slash police spending following the death of George Floyd and those that made modest cuts.

“There was a hope this might simply be a statistical blip that would start to come down,” said Chuck Wexler, executive director of the Police Executive Research Forum. “That hasn’t happened. And that’s what really makes chiefs worry that we may be entering a new period where we will see a reversal of 20 years of declines in these crimes.”

Tracking ups and downs in crime is always complicated, but violent crime commonly increases in the summer months. Weekend evenings and early-morning hours also are common windows for shootings.

Many types of crime did decline in 2020 and have stayed lower this year, suggesting the pandemic and the activism and unrest spurred by the reaction to Floyd’s death didn’t lead to an overall spike in crime.

According to a database compiled by The Associated Press, USA Today and Northeastern University, only three mass shootings occurred at public places — the lowest  total for that category in a decade  — out of 19 total mass shootings in 2020.

The database tracks all mass killings including shootings, defined as four or more people dead not including the perpetrator.

According to that definition, there have been 17 mass killings, 16 of those shootings, already this year, said James Alan Fox, a criminologist and professor at Northeastern University.

The Gun Violence Archive, which monitors media and police reports to track gun violence, defines mass shootings as those involving four or more people who were shot, regardless of whether they died. Overall, according to its database, more than 8,700 people have died of gun violence in the U.S. this year.

The GVA also found that mass shootings spiked in 2020 to about 600, which was higher than in any of the previous six years it tracked the statistic. According to this year’s count, there have been at least 267 mass shootings in the U.S. so far, including the latest three overnight Friday into Saturday.

“It’s worrisome,” Fox said. “We have a blend of people beginning to get out and about in public. We have lots of divisiveness. And we have more guns and warm weather. It’s a potentially deadly mix.”