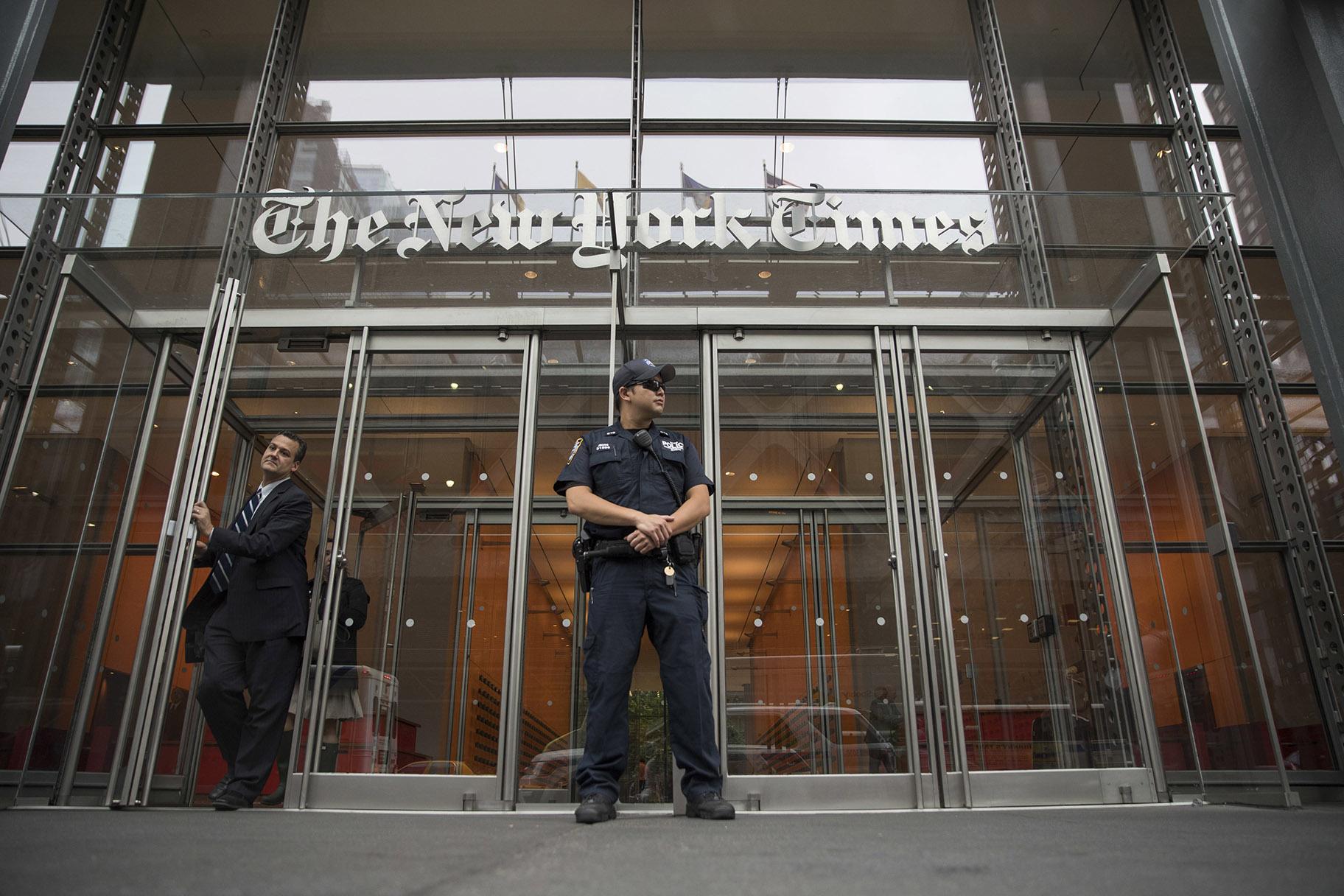 WASHINGTON (AP) — The Justice Department said Saturday that it no longer will secretly obtain reporters’ records during leak investigations, a policy shift that abandons a practice decried by news organizations and press freedom groups.

The reversal follows a pledge last month by President Joe Biden, who said it was “simply, simply wrong” to seize journalists’ records and that he would not permit the Justice Department to continue the practice. Though Biden’s comments in an interview were not immediately accompanied by any change in policy, a pair of statements from the White House and Justice Department on Saturday signaled an official turnabout from an investigative tactic that has persisted for years.

Democratic and Republican administrations alike have used subpoenas and court orders to obtain journalists’ records in an effort to identify sources who have revealed classified information. But the practice had received renewed scrutiny over the past month as Justice Department officials alerted reporters at three news organizations — The Washington Post, CNN and The New York Times — that their phone records had been obtained in the final year of the Trump administration.

The latest revelation came Friday night when the Times reported the existence of a gag order that had barred the newspaper from revealing a secret court fight over efforts to obtain the email records of four reporters. That tussle had begun during the Trump administration but had persisted under the Biden Justice Department, which ultimately moved to withdraw the gag order.

White House press secretary Jen Psaki said in a statement Saturday that no one at the White House was aware of the gag order until Friday night, but that more broadly, “the issuing of subpoenas for the records of reporters in leak investigations is not consistent with the President’s policy direction to the Department.”

In a separate statement, Justice Department spokesman Anthony Coley said that “in a change to its longstanding practice,” the department “will not seek compulsory legal process in leak investigations to obtain source information from members of the news media doing their jobs.”

He added: “The department strongly values a free press, protecting First Amendment values, and is committed to taking all appropriate steps to ensure the independence of journalists.”

In ruling out “compulsory legal process” for reporters in leak investigations, the department also appeared to say that it would not force journalists to reveal in court the identity of their sources.

Bruce D. Brown, executive director of the Reporters Committee for Freedom of the Press, said he welcomed the Justice Department’s policy change but that serious unanswered questions remain about what happened in each of these cases.

“To ensure it does not happen again, we look forward to pursuing additional policy reforms with the Biden administration to further safeguard these essential rights,” he said in a statement.

The two newspapers whose reporters’ phone records had been secretly obtained also said more needed to be done.

“This is a welcome step to protecting the ability of the press to provide the public with essential information about what their government is doing,” New York Times publisher A.G. Sulzberger said in a statement. “However, there is significantly more that needs to be done and we are still awaiting an explanation on why the Department of Justice moved so aggressively to seize journalists’ records.”

Washington Post executive editor Sally Buzbee said the newspaper was calling on the Biden administration and Justice Department “to provide a full accounting of the chain of events in both administrations and to implement enduring protections to prevent any future recurrence.”

The Justice Department statement did not say whether it would still conduct aggressive leak investigations without obtaining reporters’ records. It also did not define who exactly would be counted as a member of the media for the purposes of the policy and how broadly the protection would apply.

Even so, it marked a startling reversal concerning a practice that has persisted across multiple presidential administrations. The Obama Justice Department, under then-Attorney General Eric Holder, alerted The Associated Press in 2013 that it had secretly obtained two months of phone records of reporters and editors in what the news cooperative’s top executive called a “massive and unprecedented intrusion” into newsgathering activities.

After blowback, Holder announced a revised set of guidelines for leak investigations, including requiring the authorization of the highest levels of the department before subpoenas for news media records could be issued.

But the department preserved its prerogative to seize journalists’ records, and the recent disclosures to the news media organizations show that the practice continued in the Trump Justice Department as part of multiple investigations.

Separately on Saturday, the Justice Department said it was withdrawing its subpoena that demanded USA Today provide information  to identify readers of a story about a suspect in a child pornography case who fatally shot two FBI agents in February.

The subpoena was issued in April but came to light this past week when USA Today and its parent company Gannett filed documents in federal court asking a judge to quash it. The subpoena sought the IP addresses and mobile phone identification information of readers who clicked on the article for a period of about 35 minutes on the day after the shooting.

The government hadn’t provided details about the case or why it was specifically interested in the readers who clicked on the USA Today story during that brief period. Officials had only said the subpoena was connected to an ongoing federal criminal investigation.

But a federal prosecutor notified lawyers for USA Today on Saturday that the FBI was withdrawing its subpoena because authorities had been able to identify the subject of their investigation — described in an email as a “child sexual exploitation offender” — by “other means.” The prosecutor’s email was included in a court filing by Gannett.

Tags:
Media
US Department of Justice