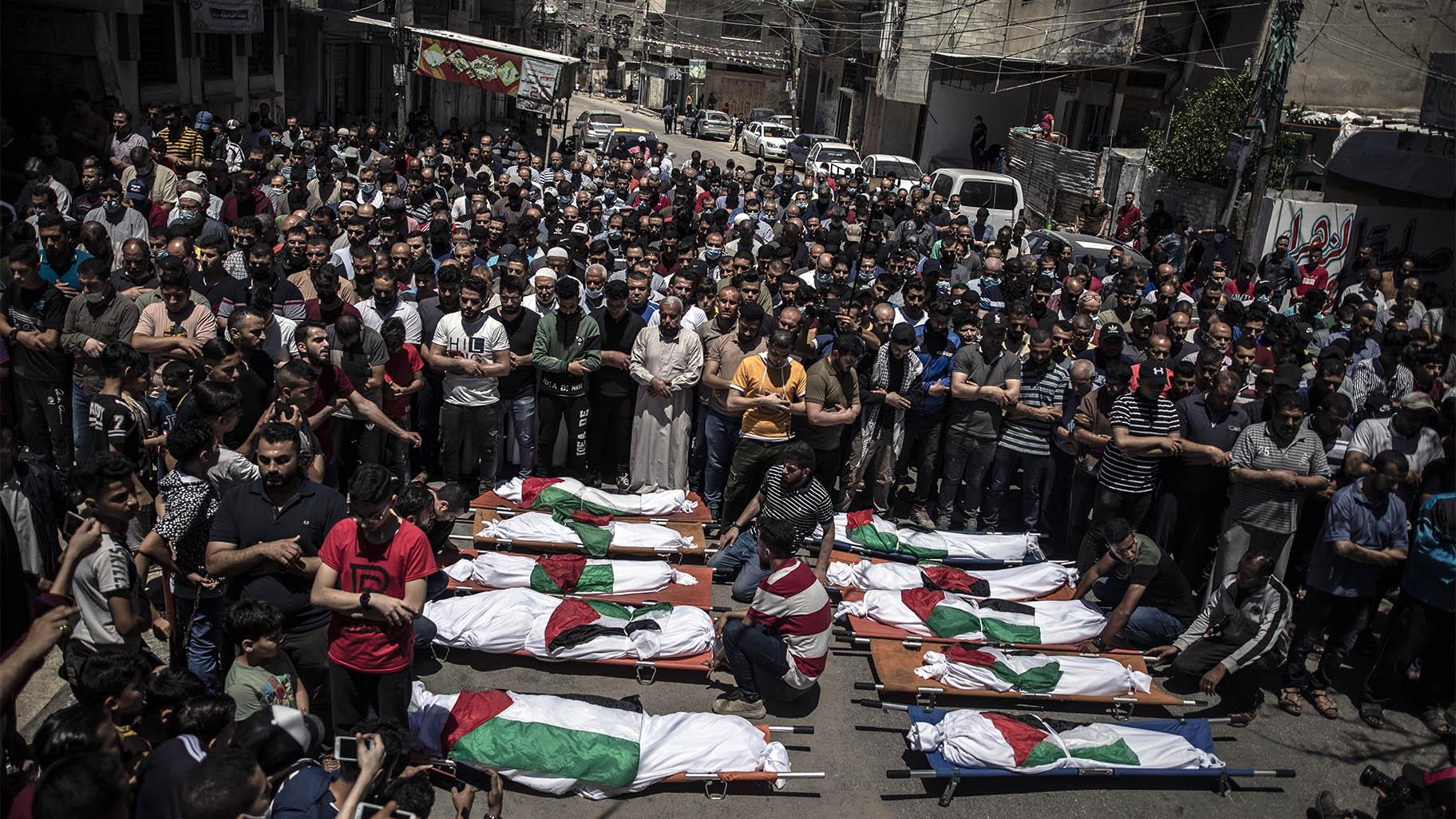 Palestinians attend the funeral of two women and eight children of the Abu Hatab family in Gaza City, who were killed after an Israeli air strike, Saturday, May 15, 2021. (AP Photo / Khalil Hamra)

GAZA CITY, Gaza Strip (AP) — Israel slammed the Gaza Strip with airstrikes on Saturday, in a dramatic escalation that included bombing the home of a senior Hamas leader, killing a family of 10 in a refugee camp — most of them children — and pulverizing a high-rise that housed The Associated Press and other media.

The Hamas militant group continued a stream of rocket volleys into Israel, and one man was killed when a rocket hit his home in a suburb of Tel Aviv.

With a U.S. envoy on the ground, calls increased for a cease-fire after five days of mayhem that have left at least 145 Palestinians dead in Gaza — including 41 children and 23 women — and eight dead on the Israeli side, all but one of them civilians, including a 6-year-old child. U.S. President Joe Biden, who has called for a de-escalation but has backed Israel’s campaign, spoke separately by phone with Israeli Prime Minister Benjamin Netanyahu and Palestinian President Mahmoud Abbas.

Still, Israel stepped up its assault, vowing to shatter the capabilities of Gaza’s Hamas rulers. The week of deadly violence, set off by a Hamas rocket Monday, came after weeks of mounting tensions and heavy-handed Israeli measures in contested Jerusalem.

On Saturday, Israel bombed the home of Khalil al-Hayeh, a senior figure in Hamas’ political branch, saying the building served as part of the group’s “terrorist infrastructure.” There was no immediate report on al-Hayeh’s fate or on any casualties.

The bombing of al-Hayeh’s home showed Israel was expanding its campaign beyond just the group’s military commanders. Israel says it has killed dozens in Hamas’ military branch, including senior commanders and fighters in the field, though Hamas and the smaller group Islamic Jihad have only acknowledged 20 dead members.

Since the conflict began, Israel has leveled a number of Gaza City’s tallest office and residential buildings, alleging they house elements of the Hamas military infrastructure. On Saturday, it turned to the 12-story al-Jalaa Building, where the offices of the AP, the TV network Al-Jazeera and other media outlets are located, along with several floors of apartments.

“The campaign will continue as long as it is required,” Netanyahu said in a televised speech on Saturday evening. He alleged that Hamas military intelligence was operating inside the building. Israel routinely cites a Hamas presence as a reason for targeting certain locations in airstrikes, including residential buildings. The military also has accused the militant group of using journalists as human shields, but provided no evidence to back up the claims.

The AP has operated from the building for 15 years, including through three previous wars between Israel and Hamas, without being targeted directly. During those conflicts as well as the current one, the news agency’s cameras from its top floor office and roof terrace offered 24-hour live shots as militants’ rockets arched toward Israel and Israeli airstrikes hammered the city and its surroundings.

In the afternoon, the military called the building’s owner and warned a strike would come within an hour. AP staffers and other occupants evacuated safely . A video broadcast by Al-Jazeera showed the building’s owner, Jawwad Mahdi, pleading over the phone with an Israeli intelligence officer and asking for just 10 more minutes to allow journalists to go inside the building to retrieve valuable equipment.

When the officer rejected the request, Mahdi said, “You have destroyed our life’s work, memories, life. I will hang up, do what you want. There is a God.”

Soon after, three rockets hit the building and destroyed it, bringing it crashing down in a giant cloud of dust.

“The world will know less about what is happening in Gaza because of what happened today,” AP President and CEO Gary Pruitt said in a statement.  “We are shocked and horrified that the Israeli military would target and destroy the building housing AP’s bureau and other news organizations in Gaza.”

“This is an incredibly disturbing development. We narrowly avoided a terrible loss of life,” he said, adding that the AP was seeking information from the Israeli government and was engaged with the U.S. State Department to learn more.

Mostefa Souag, acting director-general of Al-Jazeera Media Network, called the strike a “war crime” aiming to “silence the media and to hide the untold carnage and suffering of the people of Gaza.”

Later in the day, White House press secretary Jen Psaki tweeted that the U.S. had “communicated directly to the Israelis that ensuring the safety and security of journalists and independent media is a paramount responsibility.”

Mohammed Hadidi told reporters that his wife and her brother’s wife had gathered at the house with their children to celebrate the Eid al-Fitr holiday ending the Islamic holy month of Ramadan. The only survivor was Hadidi’s 5-month-old son, Omar.

The blast left the children’s bedroom covered in rubble and smashed the salon. Amid the wreckage were children’s toys, a Monopoly board game and, sitting on the kitchen counter, unfinished plates of food from the holiday gathering.

“There was no warning ... You filmed people eating and then you bombed them?” a neighbor, Jamal Al-Naji, said, referring to Israel’s surveillance over the Gaza Strip.

The Israeli military did not immediately respond to a request for comment. Hamas said it fired a salvo of rockets at southern Israel in response to the airstrike.

In his call with Netanyahu, Biden expressed his “strong support” for Israel’s campaign but raised concern about civilian casualties and protection of journalists, the White House said.

The bombings took place a day after U.S. diplomat Hady Amr arrived in Israel as part of Washington’s efforts to de-escalate the conflict. Israel turned down an Egyptian proposal for a one-year truce that Hamas rulers had accepted, an Egyptian intelligence official said Friday on condition of anonymity to discuss the negotiations.

Mediators from Egypt, which works closely with Israel on security issues and opposes Hamas rule in Gaza, appeared to be growing alarmed. The intelligence official said Egypt hopes the U.S. intervention could halt the Israeli assault, warning that the West Bank could also spiral out of control. The U.N. Security Council was set to meet Sunday.

The tensions began in east Jerusalem earlier this month, when Palestinians protested attempts by settlers to forcibly evict a number of Palestinian families from their homes and Israeli police measures at Al-Aqsa Mosque, a frequent flashpoint located on a mount in the Old City revered by Muslims and Jews.

Hamas fired rockets toward Jerusalem late Monday, triggering the Israeli assault on Gaza. Since then, Hamas has fired more than 2,000 rockets, though most have either fallen short or been intercepted by anti-missile defenses. Israel’s warplanes and artillery have struck hundreds of targets around blockaded Gaza, where some 2 million Palestinians live.

The turmoil has also spilled over elsewhere, fueling protests in the occupied West Bank and stoking violence within Israel between its Jewish and Palestinian citizens, with clashes and vigilante attacks on people and property.

Palestinians on Saturday marked the Day of al-Nakba, or “the Catastrophe,” commemorating the estimated 700,000 people who were expelled from or fled their homes in what was now Israel during the 1948 war surrounding its creation. Thousands of Arab Israelis marched in a Nakba rally in the northern Israeli city of Sukhnin, and scattered protests took place in the West Bank. 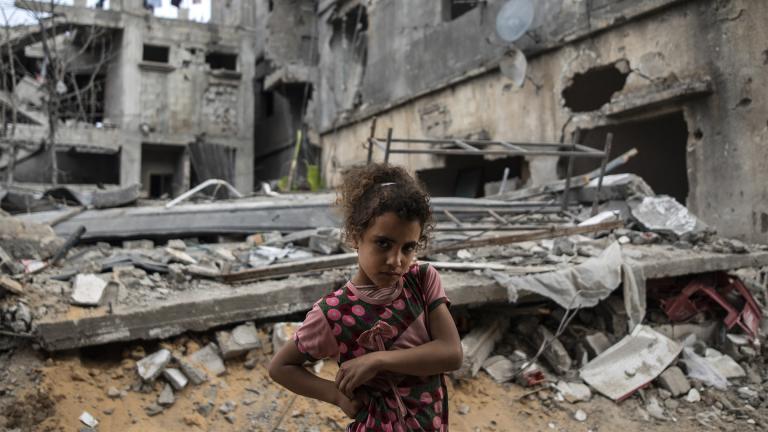 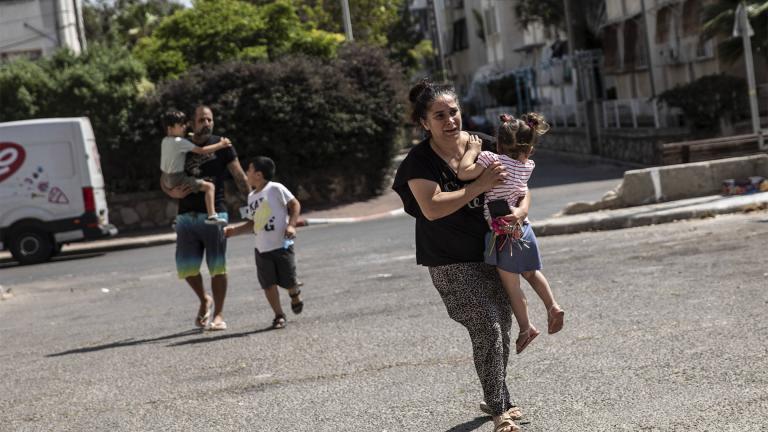 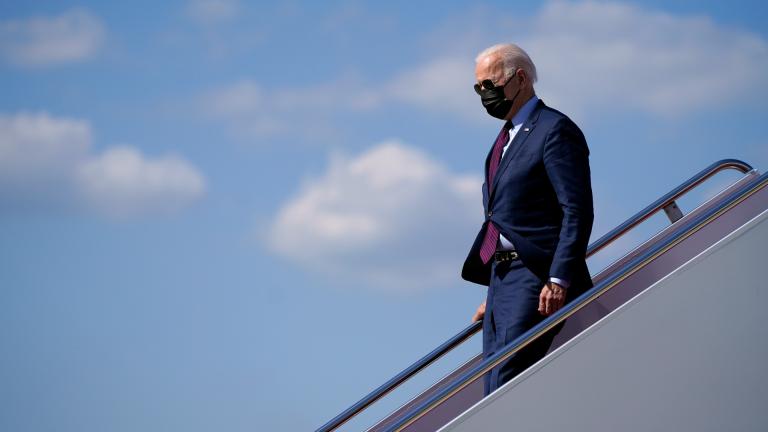 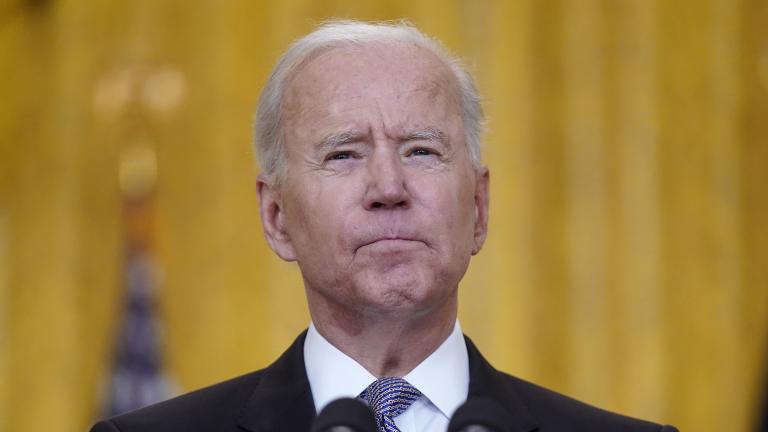