A retired Chicago Public Schools teacher and an architect, they both grew up in Chicago, far away from any sort of agriculture, let alone an apiary.

But in the early 1990s, after they bought farmland in Old Mill Creek near the Wisconsin border, the previous owner, who still lived on the property, had an idea.

“She said, ‘Why don’t you try beekeeping?’ She said all the farms years ago, all had a couple of hives up here,” Jim Belli said.

A few years later, after they befriended a beekeeper nearby and attended a few workshops, the Bellis decided to give it a shot.

“We said, we’re going down to Hamilton, Illinois, to buy equipment and we’re gonna give it a try,” Karen said.

The Bellis began with two hives and slowly expanded. They started entering their honey in local competitions, then the state fair, then national contests – and today, have racked up dozens and dozens of awards.

Last year, the couple was named the 2020 Beekeepers of the Year by the Illinois State Beekeepers Association. 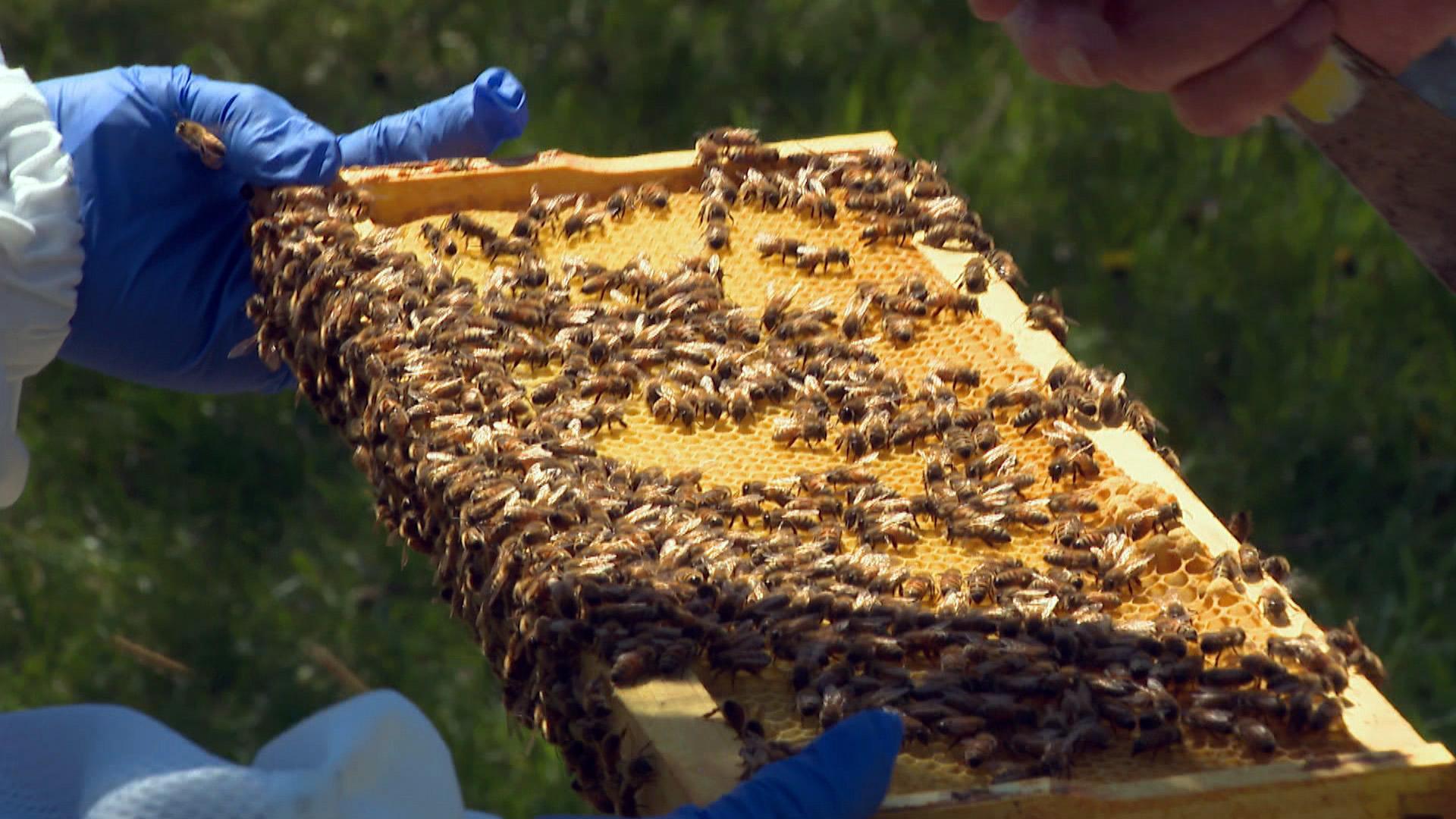 Karen and Jim Belli say the secret ot their honey is the diversity of the local trees and plants in northeastern Illinois, making it in their view one of the best places to raise honeybees in the entire country. (WTTW News)

The Bellis say their secret is the diversity of the local trees and plants in northeastern Illinois, making it in their view one of the best places to raise honeybees in the entire country.

“You could not do this if you didn’t have what we have here. And if you would have told me this before we got into beekeeping, that northeastern Illinois was this magical place for honey, I would have said, you gotta be kidding,” Jim Belli said.

Every year, the Belli’s bees feast on lindens, black locusts, clover, wildflowers, fruit trees and more, creating shades of honey that range from almost translucent to dark brown — colors the couple says would be hard to find anywhere else.

“The color is determined by the nectar source, so you have to have a huge variety of different plants and trees and shrubs and perennials to get the different nectar sources which will give you the different colors,” Karen Belli said. “And most areas don’t have that much variety, they can’t grow that many things. Here we have a very long growing season actually and we have a huge amount of variety.”

The Bellis maintain about 40 hives at their summer peak, yielding around a thousand pounds of honey every year. They do it all on their property, also home to an expansive barn they refurbished and a custom farmhouse Jim Belli designed himself.

But while their operation and prestige has grown since they bought their first hives, the Bellis say what keeps them going is working with the bees themselves – what they call “bee time.”