When now-Chicago Treasurer Melissa Conyears-Ervin was a state representative for the 10th District in 2017, her daughter was six months old, and there was nowhere for her to nurse at the Capitol in Springfield.

“I was like, ‘Wait, what year are we in? And there was no place for me to nurse my daughter here at the state capitol of Illinois?’” Conyears-Ervin said.

In 2018, Conyears-Ervin co-sponsored a bill that required the State Capitol Building to have at least one lactation and wellness room.

“As a mother I will say that it’s really difficult no matter what just being a mother,” said Conyears-Ervin. “But when you’re a working mother… sometimes it feels as if we have two babies: our actual children and our job. As an elected official, to add onto that, our jobs are like babies that never go to sleep. We’re on all day, weekends, after hours you name it.”

She said more support is needed for mothers, particularly to encourage more moms to run for office.

Conyears-Ervin and more than 20 other government officials are joining to form the bipartisan Mamas Caucus. Comprising city, county and state leaders, the caucus plans to tackle issues that impact mothers. 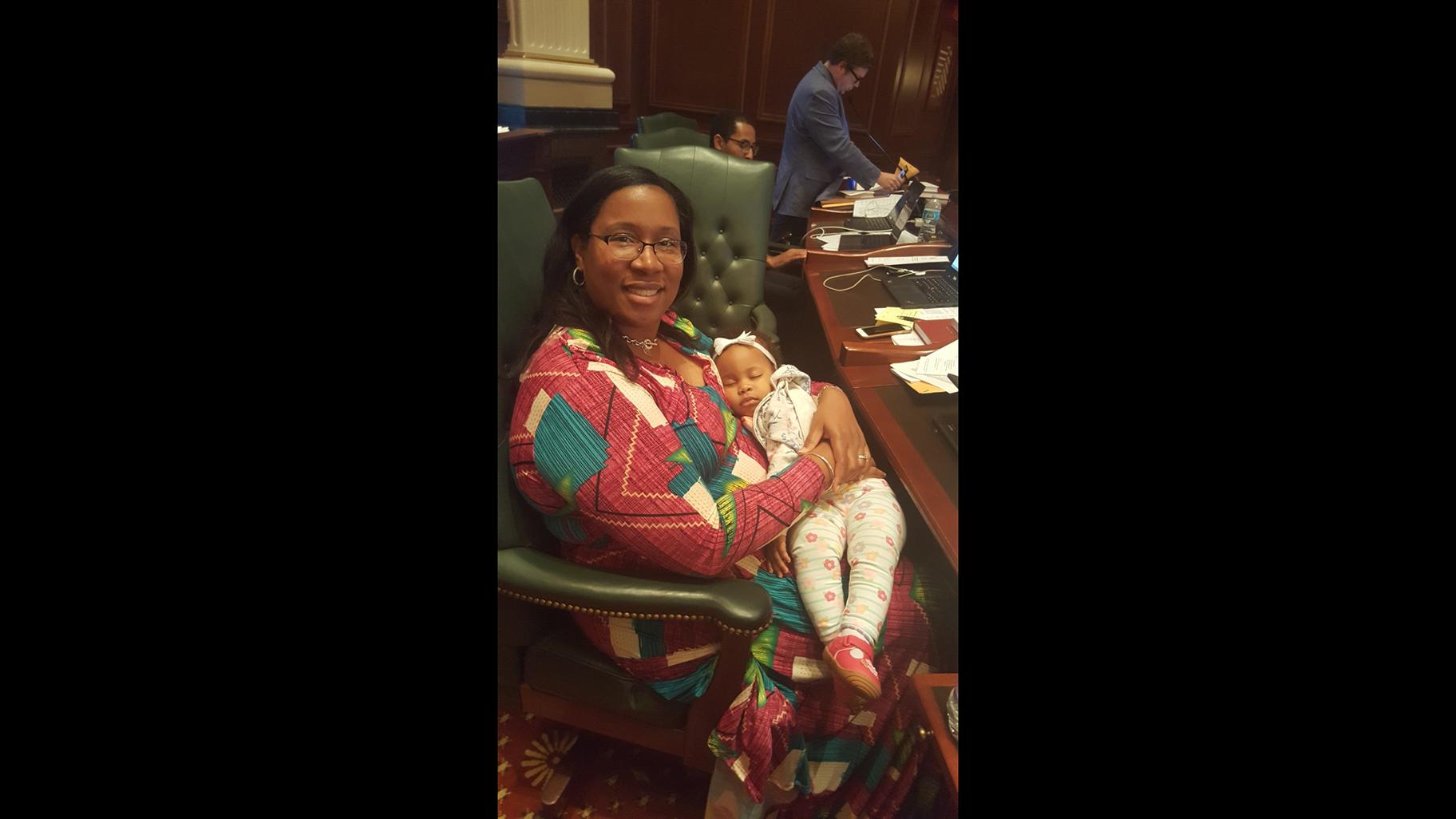 “I think it’s really important right now especially when in politics we’re so polarized to find an issue of commonality and build on that. I think moms get a lot done. We certainly have a lot to get done and to start at the place where we can connect, which is motherhood, is a good starting point,” said State Representative Avery Bourne, a Republican who represents parts of central Illinois and co-founder of the caucus. She also serves as the Assistant Republican Leader in the House.

It comes as the COVID-19 pandemic has compounded the challenges women face at work and at home, forcing some to leave the workplace entirely in order to care for their children.

“The pandemic was an eye opener,” said Conyears-Ervin, who is also a co-founder. “This caucus is intentional, and I think it’s not by accident that we are forming this caucus at this time because I think the pandemic provided awareness. We already had so many challenges.”

The Mamas Caucus says their goal is to make Illinois the most “mama-friendly” state in the country. Outreach to other mothers is going to be an important part of the caucus’ work in order to determine what issues are important to other moms, Bourne said.

The caucus is hosting a town hall on Saturday at 1 p.m. to discuss three issues impacting mothers: employment, child care and self-care.

“Our first agenda item is listening,” Bourne said. “What’s impacting moms’ lives the most? What can we do to make Illinois the most mom-friendly state? And then what venue does that fall under? Does that fall to us in the General Assembly? Does it fall to the city? To local municipalities? Where do we need to do that work? I think we’ll get a better picture after we hear from the moms.” 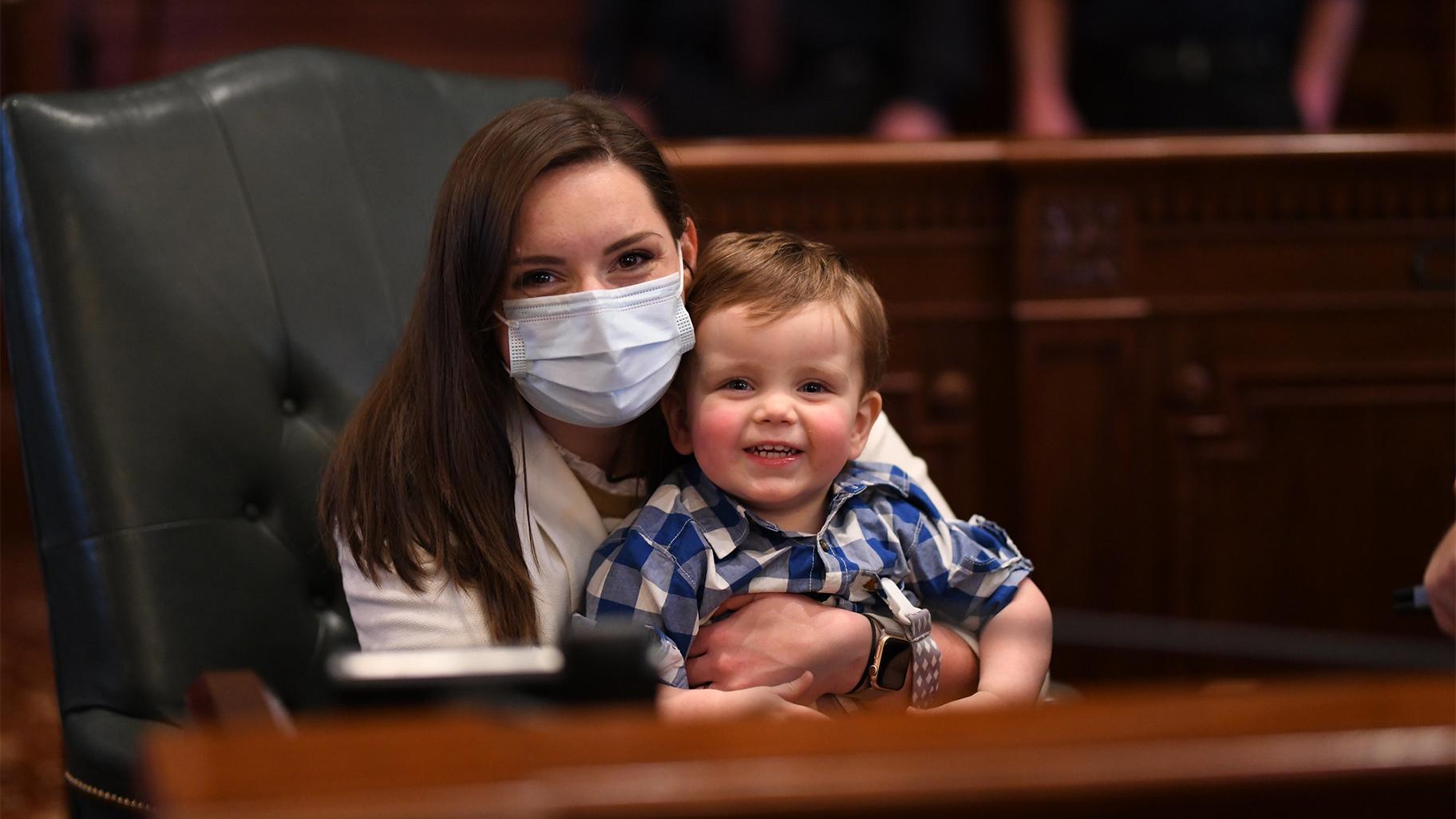 The Mamas Caucus says their goal is to make Illinois the most “mama-friendly” state in the country, said State Representative Avery Bourne. (Courtesy Avery Bourne)

“If we are going to make Illinois the most mama-friendly state, which is our mission, we need mamas at every level of government,” Conyears-Ervin said. “We need our levels of government to be working in tandem in achieving the mission.”