Chicago’s old passenger railroad stations for decades acted as the city’s front door, where people from all over the country arrived seeking out a better life – or just the thrills of the big city.

Geoffrey Baer takes us back to the golden age of rail travel in this week’s Ask Geoffrey.

Could you do a story on the old train stations that once stood in downtown Chicago?

In the late 19th and early 20th centuries, millions of people traversed the United States by train, with Chicago acting as a central hub for the entire country.

It’s hard to believe, but as late as the early 1960s, there were six major passenger train stations serving downtown Chicago.

Today all passenger trains that come into the city from beyond the suburbs go through Union Station, which is now owned by Amtrak. 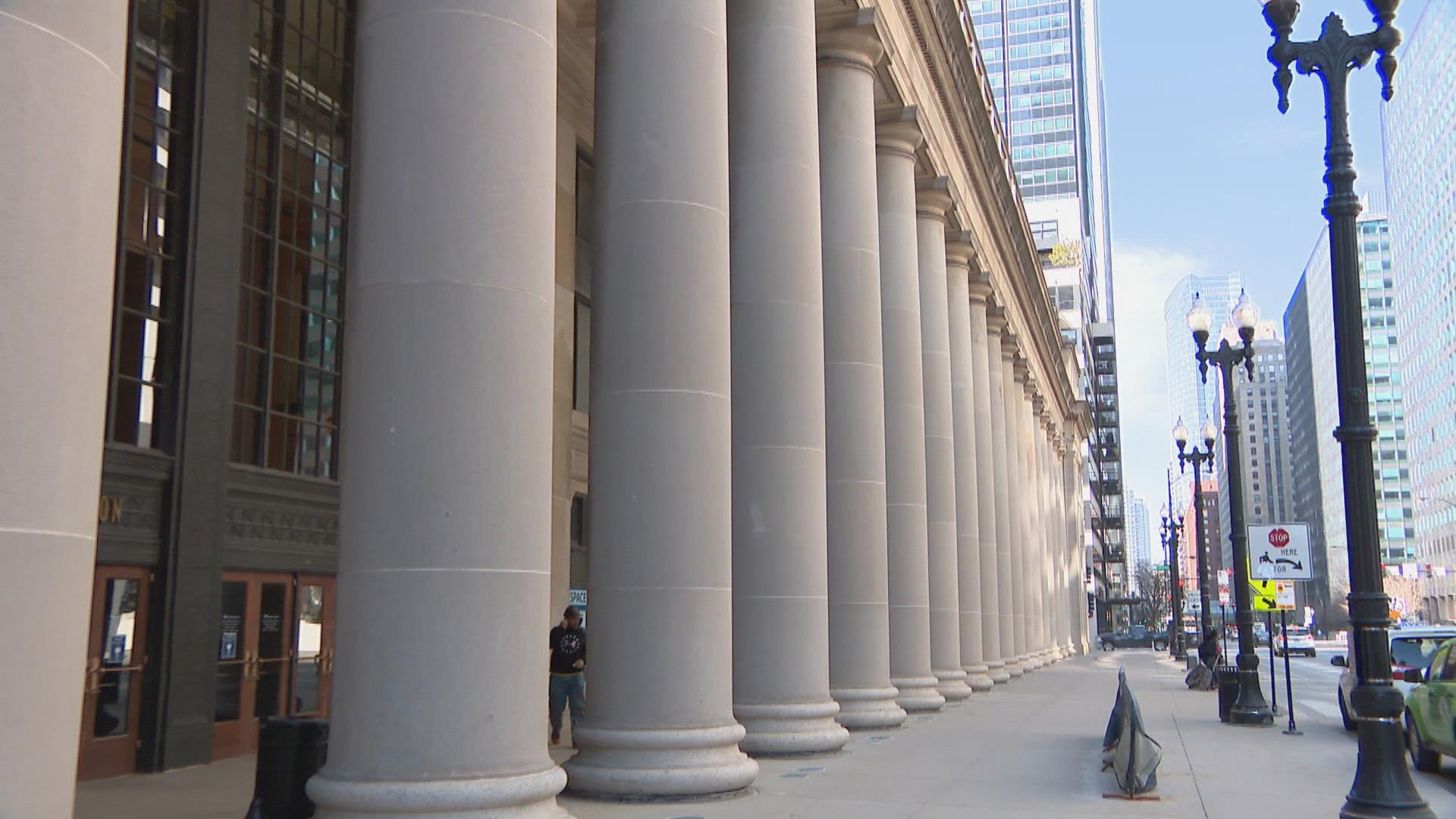 Its beaux-arts design recalls the grandeur of rail terminals in those glory days, designed to wow the traveler the way many airports do today.

That was certainly the goal of another neo-classically designed terminal owned by the Chicago and Northwestern Railway which stood at what is today Ogilvie Transportation Center, currently operated by Metra.

The newer version of the station opened in 1911, and included ornate concourses, waiting rooms and even dedicated spaces for barbers and hairdressers.

The Chicago and Northwestern Railway traced its roots to Chicago’s very first railroad, the Galena and Chicago Union, established in 1848 by Chicago’s first mayor William B. Ogden.

Another key player in Chicago was of course the Illinois Central Railroad. 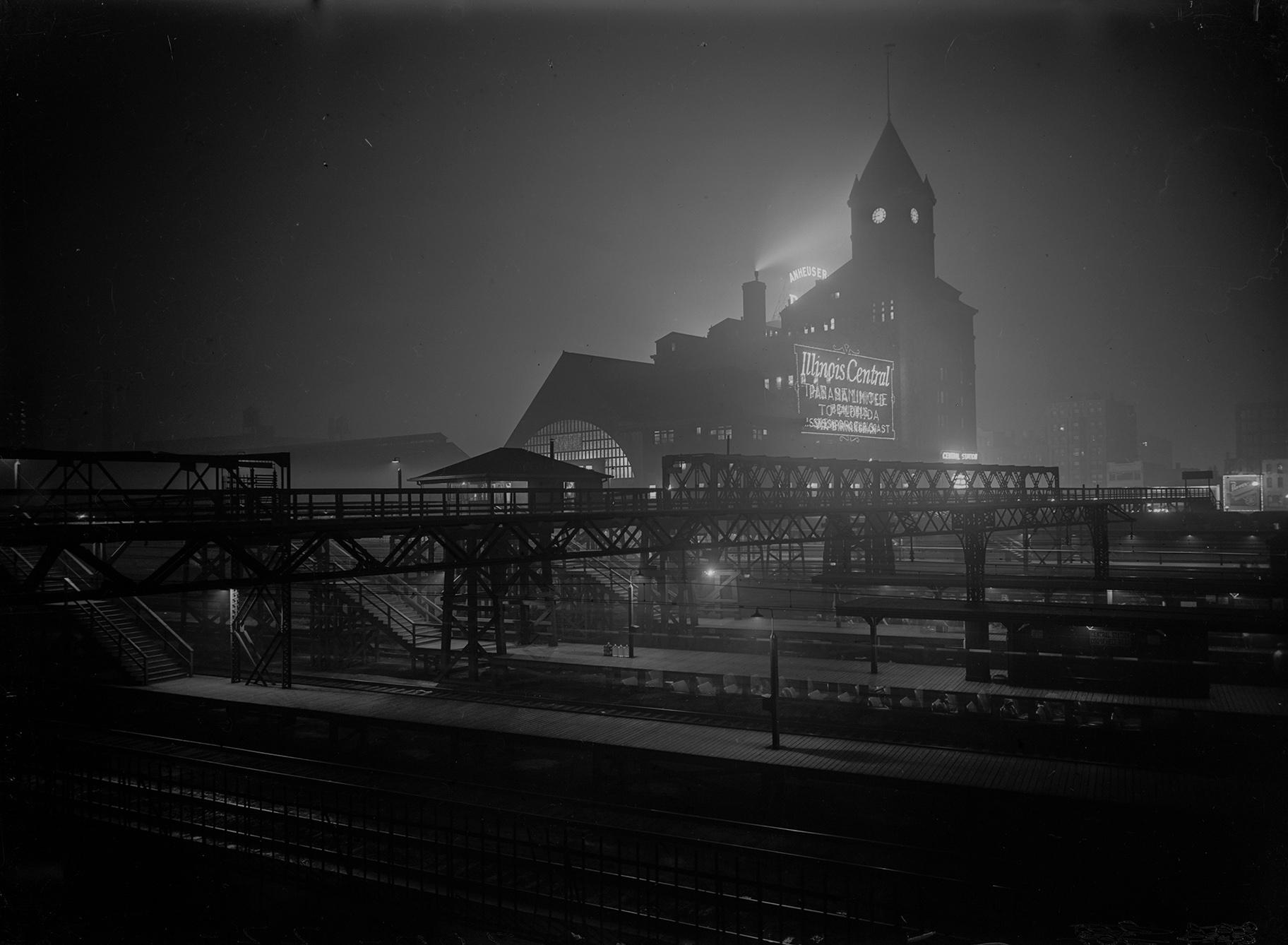 The company billed itself as the “Main Line of Mid-America,” and was a dominant player in both passenger and freight rail.

Their main terminal was Central Station, once located just south of Grant Park. It was built in 1893 in part to accommodate the influx of visitors expected for the World’s Fair.

The station’s elegant architecture towered over the surrounding train yards, which dominated much of Grant Park and the South Loop in those days.

Central Station was also an important point of entry for many African Americans who came to Chicago from the South during the Great Migration.

But like so many of its contemporaries, Central Station met the wrecking ball in the mid-‘70s after Amtrak began diverting all of its trains to Union Station.

Located at Harrison and Wells on the western edge of the Loop for about 80 years, Chicago’s Grand Central stood just north of where the River City development is today.

Traffic declined at the station after World War II, and it was torn down in 1971. 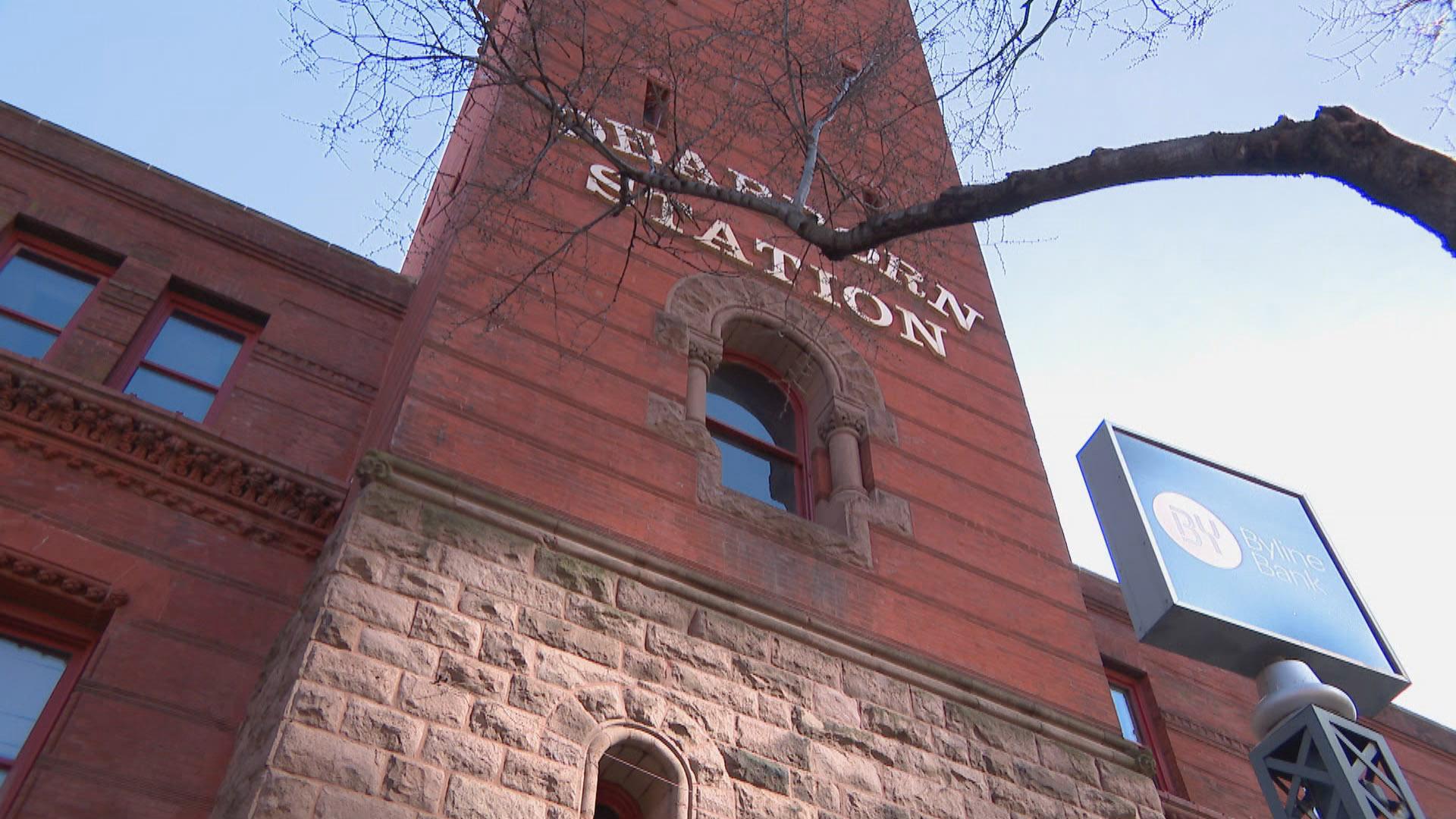 One Chicago train station that is still standing is Dearborn Station in the South Loop. Its clock tower is visible all the way from the other side of downtown when looking south on Dearborn.

But what happened to the top of it? Take a look at this early photo. You’ll notice it once had a huge Flemish roof on top of it.

In 1922, it caught fire! Firefighters luckily were able to save the building, but not the tower roof.

In the 1970s most of the train shed was demolished. But the façade and portions of the terminal were preserved as a mall serving Printer’s Row.

The building is still called Dearborn Station. In fact, today many of the old stations live on in the names of new developments. There’s the “Central Station” development just south of Grant Park – and a new apartment building at Harrison and Wells is using the “Grand Central” name.