Lake Michigan’s water temperature was a frigid 33 degrees on Friday when Dan O’Conor plunged in for what he said was his 259th consecutive day of swimming in the lake.

“Feeling great,” O’Conor said after diving headfirst into the lake at Fullerton Beach. “Toes are a little cold, but besides that, everything’s good.”

O’Conor said his daily routine started in June when a hangover motivated him to bike to the lakefront from his Lincoln Square home and hop in the water. More than eight months later, the 53-year-old is still going strong.

“It felt so good to be out in the lake and just kind of wash away all the stuff that was happening in America at the time,” O’Conor said. “Between the pandemic and the politics and the protests and the unrest – it just felt like a good clean start to the day.”

O’Conor – who dubs himself the Great Lake Jumper – posts his daily dives from different lakefront spots on his Twitter account. He didn’t film his first 130 or so jumps because he was using his phone to play music, he says.

Now, O’Conor invites local music acts like Cielito Lindo to perform alongside his daily swims. In his role as the Great Lake Jumper, O’Conor also promotes the nonprofit group CIVL, a group of 14 local, independent music venues, like the Empty Bottle, Lincoln Hall and the Hideout.

“I’m kind of directing people, ‘Hey, if you like this content online, of me jumping in the lake for 259 days today in a row, then donate to there,’” O’Conor said.

While he works full-time as a bus driver in the north suburbs, O’Conor also creates custom-stenciled clothing commemorating different bands and concerts.

He said before COVID-19 shut down Chicago’s live music scene, he sold merchandise at local venues and festivals, including the official pop-up shop of Lollapalooza.

“These venues are the cultural currency that our city has,” O’Conor said. “This is why people want to come and play here – this is why it’s such a special thing to have touring bands come through – because we’ve got these local venue owners here that want to nurture a scene.” 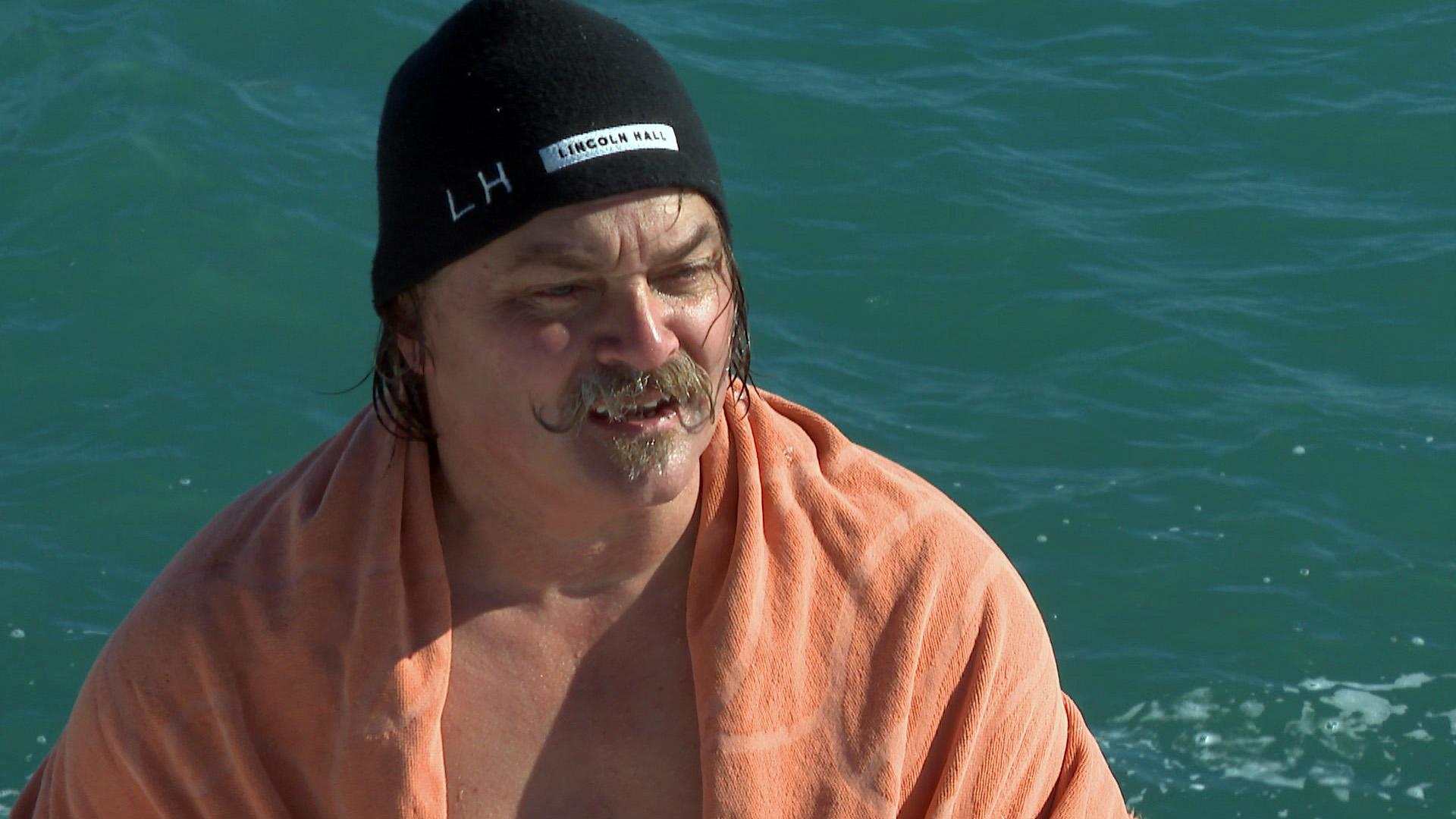 O’Conor said he plans to continue jumping into Lake Michigan every day for at least another 101 days.

That will bring his efforts to a full year.

A warning to any daring divers looking to follow O’Conor’s lead: plunging into cold water can cause “cold shock” or involuntary gasping and hyperventilating that could lead to drowning, according to the National Weather Service. A life jacket is recommended.