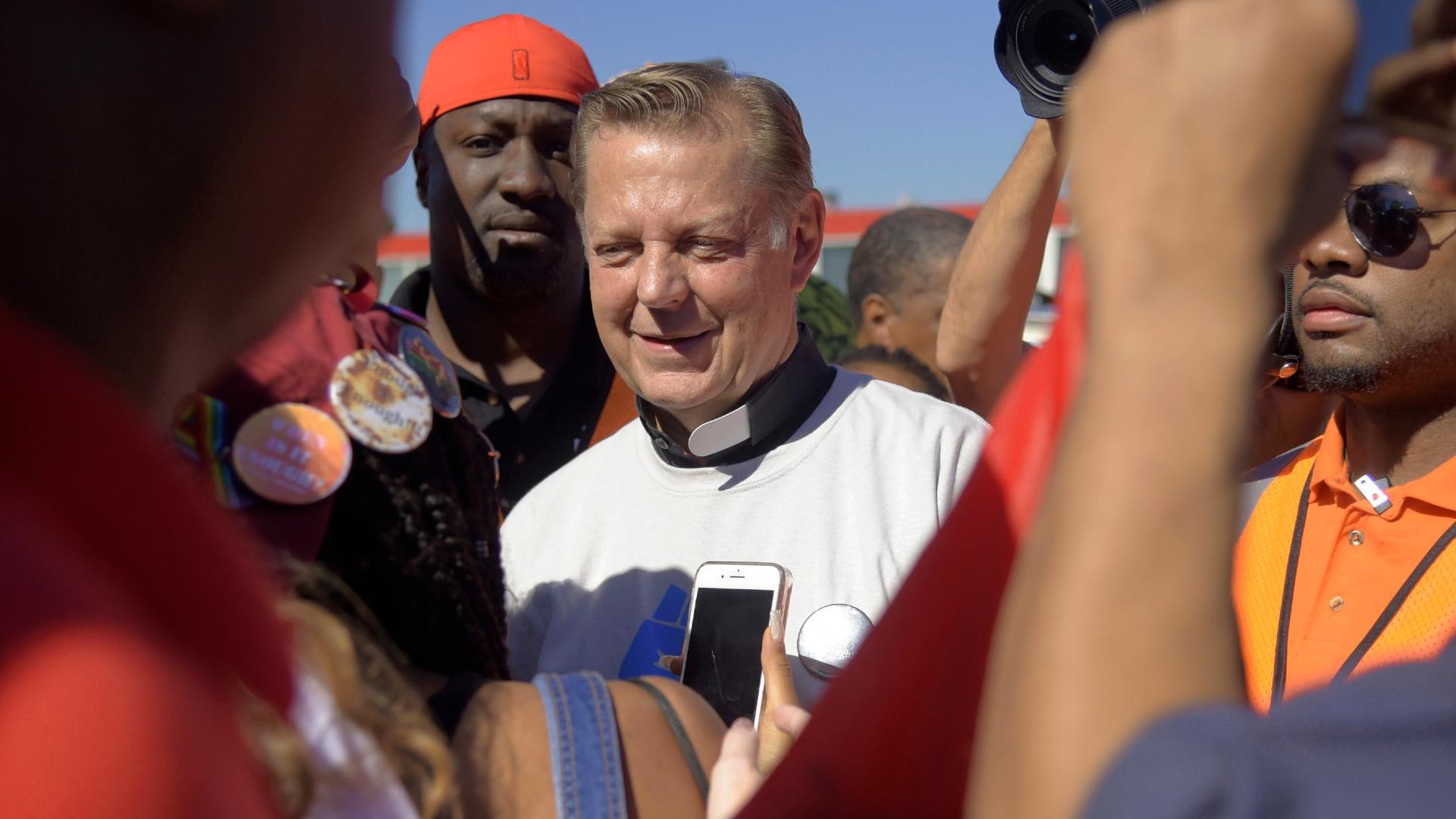 CHICAGO (AP) — A third man has come forward with sexual abuse allegations against a Chicago priest who has gained widespread acclaim for his activism, saying he felt he owes it to two brothers who have faced criticism for accusing the priest of abusing them decades ago when they were teens.

The 59-year-old man alleges in an affidavit shared late Tuesday with church officials that the Rev. Michael Pfleger once grabbed his crotch over his clothes in the priest’s bedroom area at St. Sabina Church in the summer of 1979 as the then 18-year-old accuser pretended to sleep.

Although he wasn’t a minor at the time, the man said he did not consent to the sexual contact with Pfleger, whom he said he met about three years earlier and considered a trusted mentor and friend.

The affidavit also alleges that he and Pfleger often drank alcohol and smoked pot together, beginning when the man was 15 or 16 and within years of the priest’s ordination.

Pfleger emphatically denies the man’s allegations, his attorneys, James Figliulo and Michael Monico, said late Tuesday. They characterized the affidavit’s release as an attempt “to keep the story alive” in the media.

In January, two brothers who are in their 60s alleged that Pfleger abused them in the 1970s when he was a seminarian at a church on the city’s West Side and they were in the church choir.

Pfleger has denied the brothers’ allegations. According to the archdiocese, he has agreed to live away from the parish while he is being investigated.

Unlike the two brothers, the latest accuser — a truck driver who does not live in Illinois — said he does not plan to file an independent claim with the archdiocese or to seek a financial settlement.

The man told the Chicago Tribune that he does not know the brothers, but that he decided to share his story with church leaders after reading about the backlash and disbelief the brothers have faced from the priest’s loyal flock.

He said he provided the affidavit to the brothers’ attorney after a childhood friend told him for weeks that it was the right thing to do.

“I told (my friend) I’m not getting in the middle of that stuff up there,” the man, who asked that his name not be made public, told the newspaper.

“She kept telling me, ‘You know, they’re not going to believe the victims because of who Mike is, and maybe if you talk to somebody and say what you know, it may help the victims with their credibility.’ It finally kind of started sinking in. I thought, ‘I have to say something.’”

Pfleger has won wide praise for turning a sleepy and struggling parish into one of the most thriving in the nation’s third-largest city. Over the years, he has garnered headlines for his activism and protests.