The U.S. is in another Space race – this time to find evidence of life on the Red Planet.

Just before 3 p.m. Thursday, NASA'S Perseverance mission is scheduled to land another roving laboratory on Mars. This one’s designed specifically to search for signs of ancient life. But NASA will not be alone, China has also just put a spacecraft in orbit around Mars and plans to put its own rover on the surface.

Local astronomer and space exploration enthusiast Mark Hammergren, who will be doing a Facebook Live event in coordination with the Ray Bradbury Experience Museum in Waukegan for the Perseverance landing, discusses the flurry of missions that have just arrived at the Red Planet.

Below, an edited interview with Hammergren.

Hammergren: “The main goal of the mission, and this is a very exciting one, is the direct detection of past life on Mars. That’s really the Hail Mary pass – if they could find evidence of fossil life on Mars. Nobody expects to find existing life right on the surface of Mars, the environment is incredibly harsh on the surface. But finding evidence of past life, fossil organics say embedded in layers of rock, that would be incredible. This is really the first mission that has the capability of making that detection.”

This has been described as the most challenging landing site NASA has ever selected. Why land at the Jezero Crater as opposed to other less risky locations?

Hammergren: “The Jezero Crater appears to have hosted a lake at several times in its past, probably billions of years ago. And it left its mark in the form of beaches on the rim of this 30-mile-wide crater. But even more interesting, there appears to have been a river that was flowing into this crater and left a delta deposit and that’s what’s being targeted by the Perseverance mission, sediments washed down by the river and deposited inside the crater in a fan-shaped deposit.”

“That results in really lumpy, bumpy raised area in the crater, and targeting that as a place to land is a source of danger. There may be boulders that can't be seen from satellite images. You have some small cliff faces throughout that area. This is a case where the geological features that scientists are interested in are really the hazards that engineers have to worry about when deciding if it is safe for this rover to land. Geologists love to see exposed, raised rock faces. Engineers love to see nice, flat areas to land in.

The Perseverance has an impressive array of scientific instruments. Can you talk about some of their capabilities? How they will be used to detect signs of ancient life?

Hammergren: “To some extent the rover is like a proxy for a human scientist walking around in the landscape. And even a human scientist would have to first identify likely outcrops of rock. And that’s where the rover’s main cameras come into play. They look around and decide where to go. … And then once you get up close then you can bring other instruments to bear. Unlike human scientists, the rover also has some long-range instruments that can do things like zap a rockface with a laser and identify the composition of very small, pinhead-sized areas on the rock from up to 40 feet away. …”

“When they get closer they can employ the robotic arm with sensors and cameras to look at the microscopic structure of the rock to see if there are organics, carbon-bearing molecules present in these layers. Does it look like something that could have been alive like some kind of fossil? And beyond that, and very, very importantly, this mission also has the capability of taking core samples of rock and grabbing them and storing them in containers. And after it accumulates a number of them, it deposits them in packages on the surface of Mars to be picked up by a later mission and hopefully returned to Earth.”

If they plan to return samples from Mars to Earth, what plans does NASA have to ensure nothing harmful could be brought back to Earth?

Hammergren: “There’s a whole field of study and engineering around this and it’s appropriately termed planetary protection. It’s not really so much about protecting Earth from Martian microbes, although that of course is a concern, but more about protecting the Mars samples from terrestrial microbes because we don’t want to contaminate these samples with Earthly bacteria or viruses or anything like that. We certainly don’t want to bring these things to Mars.”

“If there is an environment on Mars that can support life we don’t want to spread Earth life there and wipeout what may be present. So, there are very, very detailed procedures in place to maintain this kind of hermetic seal on the samples. So that once they are opened up and examined under the strictest bio-hazard protocols we can maybe identify if there are any microbes present from Mars. It’s an incredible long shot but we have to take that chance.”

You say the Perseverance mission is looking for ancient signs of life. Does it have the capability of detecting existing life it is there?

Hammergren: “It doesn’t have any experiments that would for example culture microbes on Mars. … The Perseverance rover does not have the direct capability of taking microscopic images and seeing microbes. They would have to find larger physical evidence for life. And that could be fossil or even current – biofilms for example – which are just layers produced by colonies of microbes.”

And the Perseverance also has a helicopter drone which is capable of short flights on Mars. How is that going to be used?

Hammergren: “I think they will use it as a scout for the rover and that will be its predominate use in this mission. Future missions might have longer lived drones that can explore a much greater area around the rover. But I think this one, the “Ingenuity” helicopter, will be used to scout forward and go along a proposed path to see not only is it safe for the rover to drive, but are there also particularly interesting rocks to check out.”

The helicopter looks a little bit boxy and clunky and has very large blades. Are those large blades needed because of the much thinner atmosphere on Mars?

Moving on to China’s Tianwen mission, which also seems an ambitious mission. They are also aiming to put a rover on the surface. What do we know about the scientific goals of this mission?

Hammergren: “It’s always more difficult to really get a handle on the specific science goals of Chinese missions because they are usually very uptight and keep very close the instrument manifest. So, we really don’t know what kind of instruments are on board the rover which will hopefully land on Mars in another couple of months. We don’t even know what specific instruments the orbiter which is currently going around Mars has. One would imagine they are looking at the same kinds of things that NASA, the Europeans, the Indians, the Emirates are interested in. The history of Mars. The climate history. The geological history. The potential for life on Mars. These are all very big questions to understand what happened to Mars and what is its state currently.”

Finally, let’s quickly talk about the Hope mission from the United Arab Emirates. It will be the first Arab spacecraft in orbit around Mars. What is the mission of this spacecraft?

Hammergren: “The Hope mission is basically a weather monitor looking at the activity in the lower atmosphere of Mars. They are looking at daily weather and it’s going to operate long enough – over the course of a Martian year and hopefully longer than that – to see seasonal changes in the atmosphere. The ultimate goal is to shine light on longer term climate changes on Mars and to understand how Mars turned from a once, potentially habitable planet, to the arid and cold desert that we see today.” 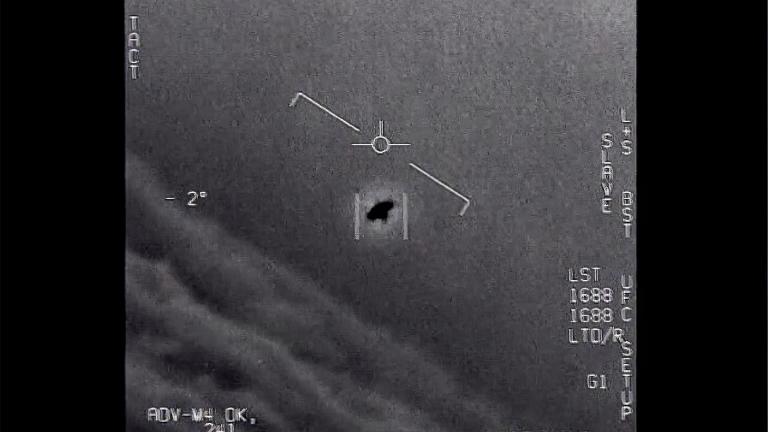 ‘There is Stuff’: Enduring Mysteries Trail US Report on UFOs 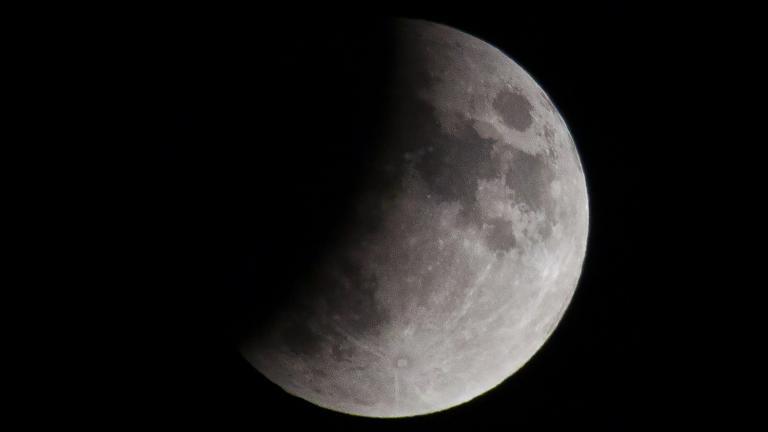 Supermoon Lunar Eclipse Putting on a Show — Just NOT in Chicago 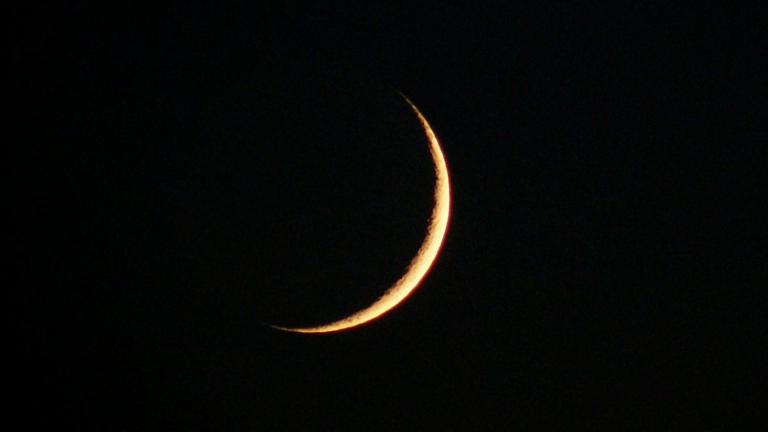 Use Crescent Moon To Spot Trio of Planets This Week 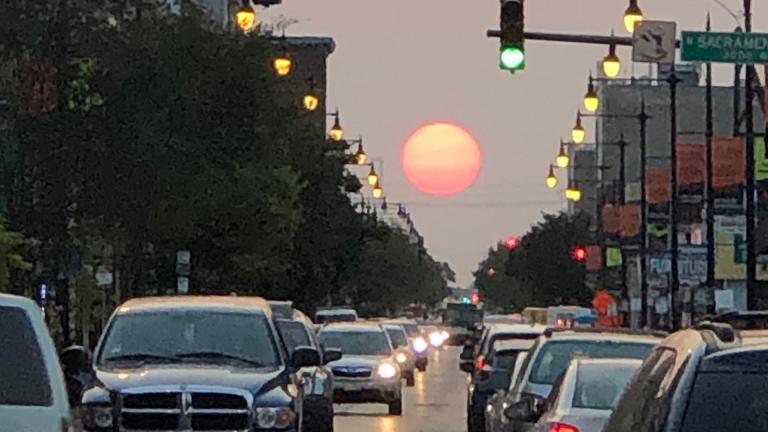 The Spring Equinox is Here, and That Means Another Chance to View ‘Chicagohenge’