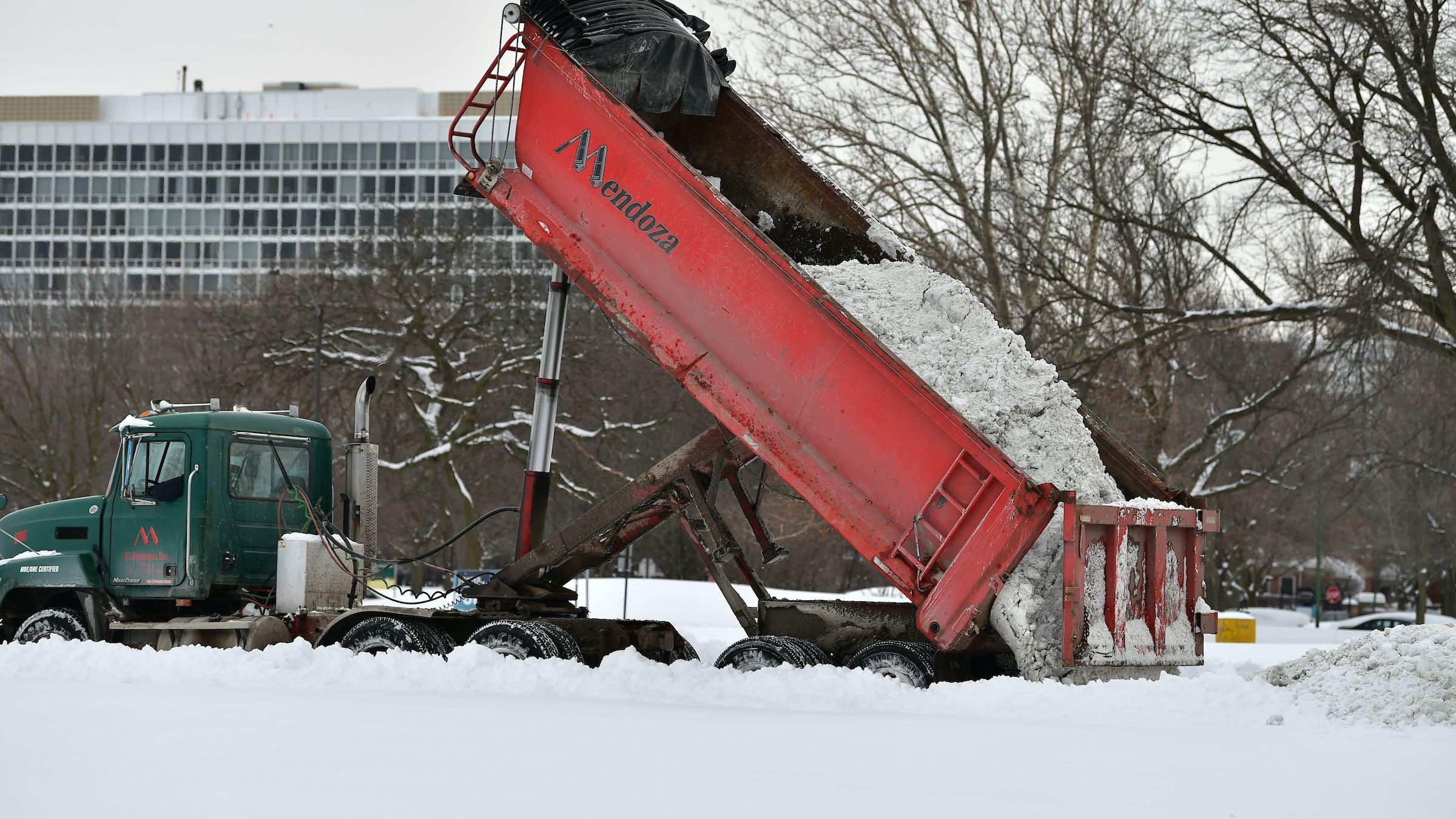 Chicago has deployed dump trucks to relocate snow, which has piled high in recent weeks. (Courtesy of Department of Streets and Sanitation)

If winter 2021 feels epic, that’s because it has been.

According to the National Weather Service, it’s been 40 years since Chicago has seen so much snow in such a short span of time.

To put the numbers in perspective, the normal snowfall total for an entire winter in Chicago is 36.3 inches, according to the NWS.

The city is still digging out from Monday’s one-two punch of lake effect snow coupled with a significant storm system that blanketed some neighborhoods in more than 18 inches of powder. 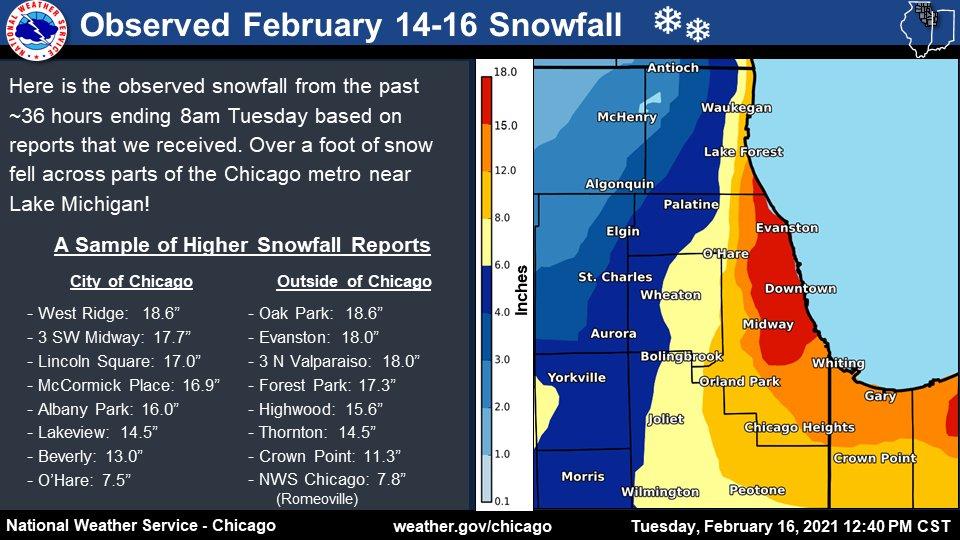 Among the lingering effects of Monday’s snowfall:

—The Department of Streets and Sanitation has shifted crews to clearing side streets and has sent front loaders and dump trucks to each of the city’s 50 wards to relocate snow. Fielding an often-asked question at a press conference Tuesday: DSS Commissioner John Tully explained that the city doesn’t plow alleys because garage doors aren’t built to withstand the weight of the snow that would be pushed against them. Sanitation trucks will eventually carve out paths in alleys.

—Between the snow and cold temperatures, the CTA is experiencing delays due to switching and mechanical problems on its rail lines. Check the transit agency’s Twitter feed for service updates.

—The weight of snow piled on roofs is a particular concern in vacant buildings, according to Department of Building Commissioner Matt Beaudet. He warned residents not to attempt to clear roofs themselves, but to contact professionals.

—The entire lakefront trail has been closed until further notice, according to the Chicago Park District.