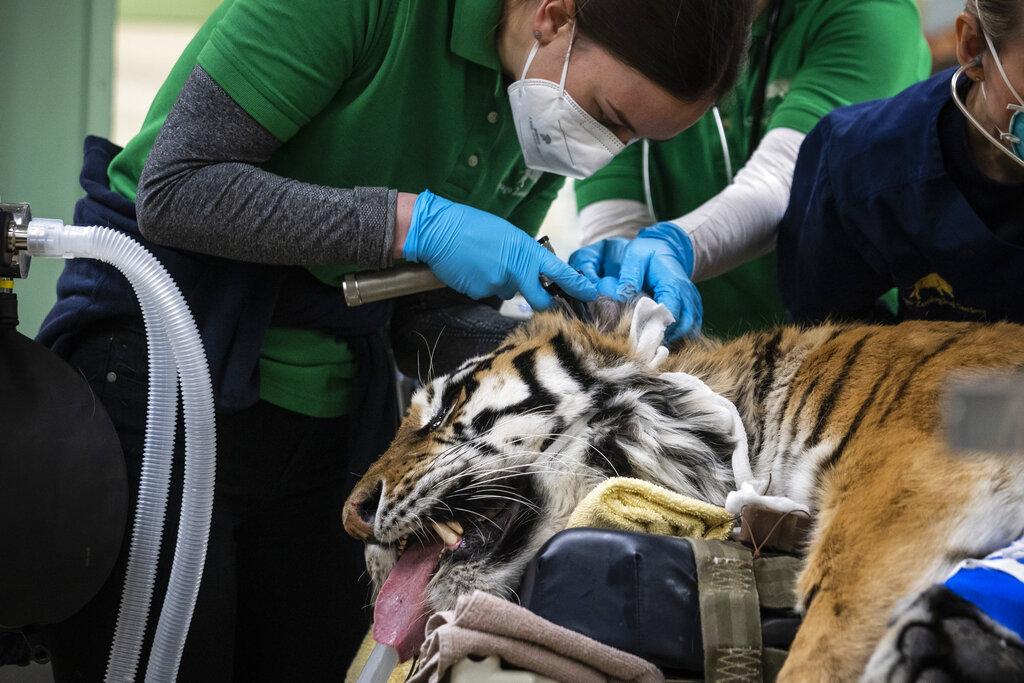 BROOKFIELD, Ill. (AP) — An Amur tiger that underwent hip-replacement surgery only to dislodge the orthopedic implant within hours has been operated on again, officials at a suburban Chicago zoo said Monday.

A team of veterinary specialists removed the original implant over the weekend and performed an alternative procedure on 10-year-old Malena to allow a fibrous joint to form and let her leg muscles provide stability to the joint, Brookfield Zoo said in a news release.

She may not be able to perform the kind of “high energy and high impact activities” of a normal tiger as she recovers under close observation, but severe arthritis was already limiting Malena’s movements, the zoo said.

“We anticipate Malena will have better use and mobility of her leg than she did before surgery and most importantly, her hip will be free of pain,” said Dr. Mike Adkesson, vice president of clinical medicine for the Chicago Zoological Society, which manages Brookfield Zoo.

The need for a second operation did not come as a total surprise to the veterinarians who performed what was believed to be the first full hip replacement surgery with a custom, patient-designed implant to be attempted on a tiger in North America. In fact, they had already planned the second surgery to relieve the tiger’s discomfort in the event there were any complications from the implant.

The medical staff was encouraged by the sight of Malena moving around on Sunday and drinking water and eating on Monday.

“We feel hopeful and optimistic about the procedure and Malena’s recovery from the second surgery. We have seen her rolling on her back, pawing at things, and making other movements that are all normal behaviors for a content, resting cat,” added Adkesson.