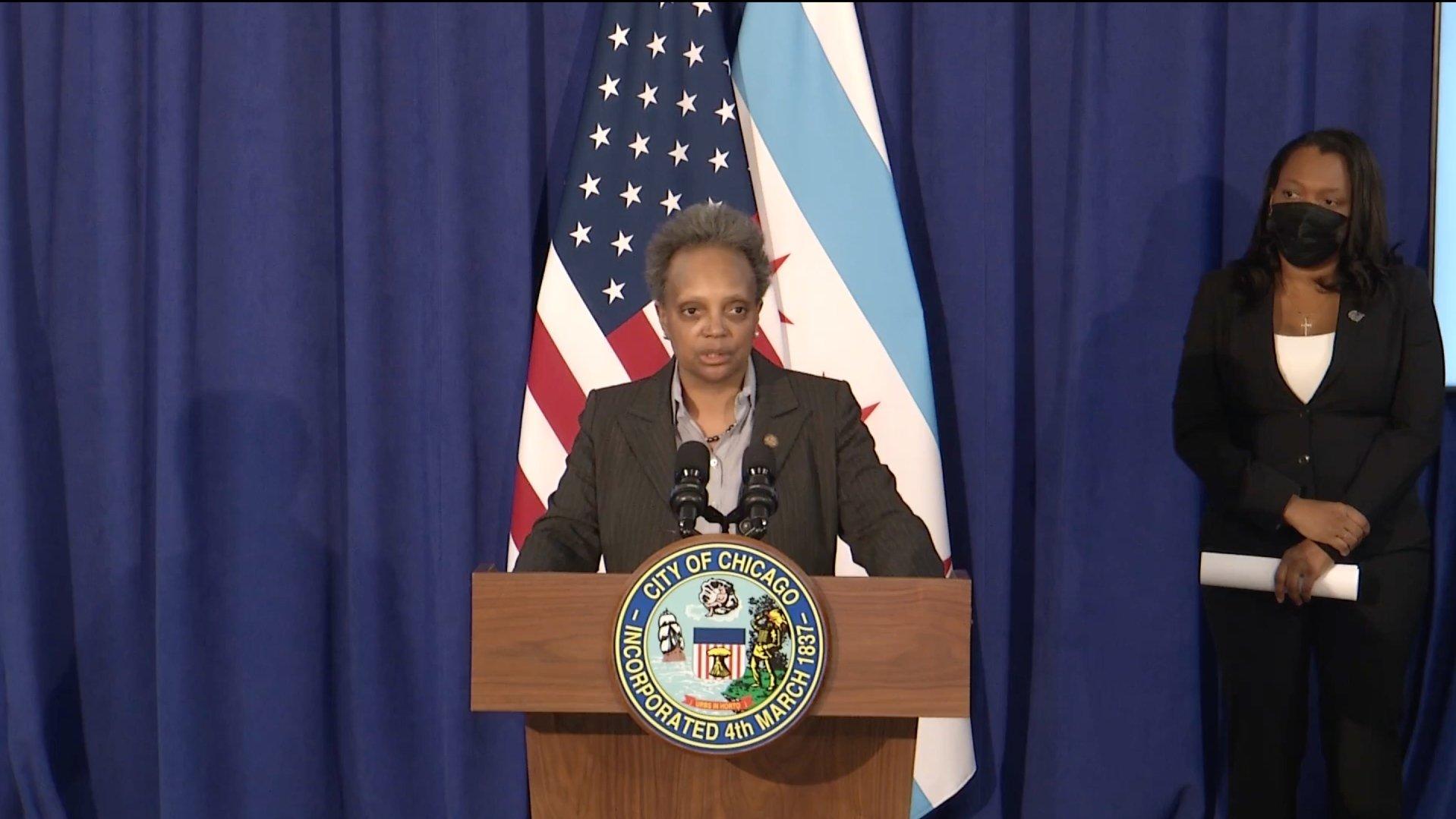 While Lightfoot and CPS CEO Janice Jackson both said they believed it was possible for the two sides to reach an agreement during the weekend, the apparent breakdown in talks over how best to protect teachers and students from COVID-19 moves the district and teachers union significantly closer to the second work stoppage in 15 months.

While the district canceled in-person learning for pre-school and special education students this week while negotiations continued with the union, Jackson said those teachers would be expected to return to their school buildings Monday.

Lightfoot said she also expected schools to reopen Monday for students in kindergarten through eighth grade — and that she expected their teachers would be there to instruct them in person for the first time since March.

If schools do not reopen, “it will be a crushing blow” for thousands of students, Lightfoot said.

Lightfoot directly blamed the leadership of the Chicago Teachers Union for the lack of a deal, saying district officials asked the union to put in writing the areas where the two sides agree by 9 p.m. Friday. However, she said city officials had a “big ball of nothing” by the time Lightfoot addressed the news media just before 9:30 p.m.

“CTU leadership blew it up and created chaos,” Lightfoot said.

However, the teachers’ union said Lightfoot was to blame for the breakdown.

“We were well on our way, working toward an agreement around all key components with the people who are actually at the bargaining table (much like what’s happening in other cities),” the union tweeted as the mayor spoke. “In the last hour, the mayor has wrecked it all. Those are the facts.”

In a statement after the mayor’s news conference, union leaders said the two sides were close to an agreement Friday.

“We will continue working toward an agreement, but we need real progress in critical areas,” according to a statement. “We need a phased-in return tied to voluntary vaccination; baseline testing for students and staff; and accommodations for educators whose household members are at higher risk of COVID-19 illness and death.”

An agreement would allow approximately 67,000 elementary school students back in classrooms on Monday, joining approximately 3,000 preschool and special education students who returned for in-person learning on Jan. 11.

If teachers do not return to classrooms Monday — with or without an agreement with the union — Lightfoot vowed “we will take further action.”

Lightfoot declined to outline what steps she planned to take, but district officials have said a failure to return to classrooms would amount to an illegal strike by the Chicago Teachers Union.

Lightfoot attempted to use the news conference to bypass union leaders and speak directly to its rank-and-file members.

“Teachers, tell your leadership to meet us at the table,” Lightfoot said.

Lightfoot again insisted Friday that reopening schools would not speed the spread of COVID-19 in Chicago and was absolutely necessary to reach students struggling with remote learning. Twice, Lightfoot mentioned that her 12-year-old daughter is attending school in person. She attends a Catholic school.

Enrollment is down, absenteeism is up and grades are falling across the district, but especially for Black and Latino students, Lightfoot said.

CPS and CTU have been bargaining for weeks over a plan designed to reopen schools safely.

Both sides have said progress toward a deal has been made in recent days, but the union is still demanding assurances on access to COVID-19 vaccinations for educators, enforceable safety standards in schools and a more reliable health metric for deciding when to suspend in-person learning.

Union leaders have also said Monday’s in-person start date for elementary students is an arbitrary date, and there’s no reason it can’t be pushed back.

CPS leaders have said their latest proposal addresses most of the union's concerns.