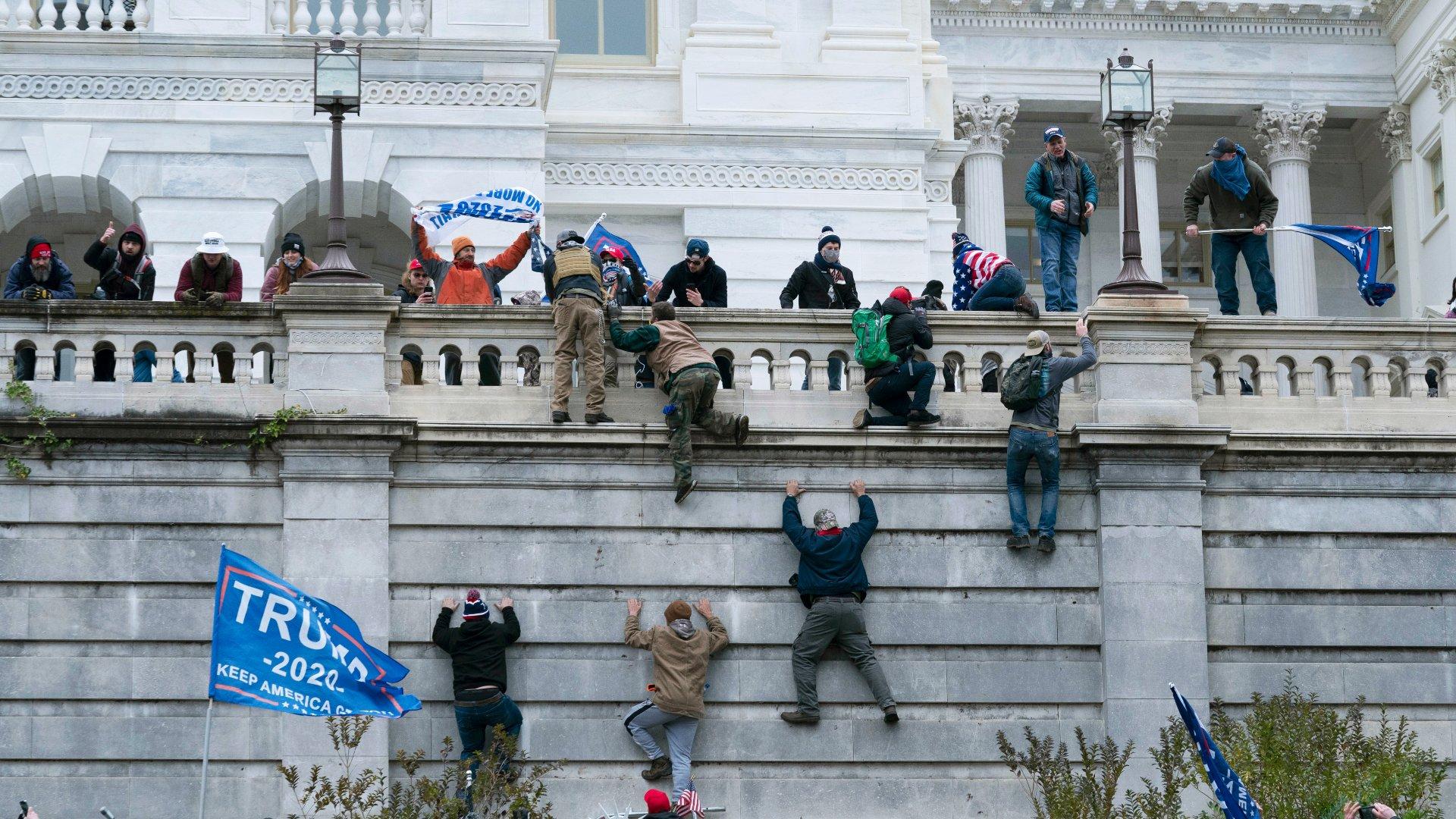 Twitter has long given Trump and other world leaders broad exemptions from its rules against personal attacks, hate speech and other behaviors. But in a detailed explanation posted on its blog Friday, the company said recent Trump tweets amounted to glorification of violence when read in the context of the Capitol riot and plans circulating online for future armed protests around the inauguration of President-elect Joe Biden.

The social platform has been under growing pressure to take further action against Trump following the Wednesday violence. On Thursday, Facebook suspended Trump’s account through Jan. 20 and possibly indefinitely. Twitter merely suspended Trump’s account for 12 hours after he posted a video that repeated false claims about election fraud and praised the rioters who stormed the Capitol.

Trump’s Twitter persona has long functioned as a mix of policy announcements, often out of the blue; complaints about the media; disparagement of women, minorities and his perceived enemies; and praise for his supporters, replete with exclamation marks, all-caps, and one-word declarations such as “Sad!”

He has fired numerous officials on Twitter and his posts, like his speeches at rallies, are a torrent of misinformation.

The official account for the President of the United States, @POTUS, remains live. In fact, Trump, who issued a statement Friday evening that denounced Twitter as an enemy of free speech and floated the idea that he might build his own “platform,” also posted it on the @POTUS account, where it was quickly deleted.

Twitter says using another account to evade a suspension is against its rules, and that while it won’t ban government accounts like @POTUS or @WhiteHouse, it will “take action to limit their use.”

Shannon McGregor, an assistant professor of journalism and media at the University of North Carolina, said the move lets Twitter try to curry favor with the incoming Biden administration. Trump “only has two weeks left in power, and that certainly makes it easier to deplatform the president,” she said.

Others saw a more ominous portent in Twitter’s action. “Big Tech is not going to stop with the president of the United States,” Kay James, president of the conservative think tank The Heritage Foundation, wrote in a tweet. “They can ban you next and everyone reading this.”

In the Trump tweets cited by Twitter, Trump stated that he will not be attending the inauguration and referred to his supporters as “American Patriots,” saying they will have “a GIANT VOICE long into the future.” Twitter said these statements “are likely to inspire others to replicate the violent acts that took place on January 6, 2021, and that there are multiple indicators that they are being received and understood as encouragement to do so.”

Twitter said its policy enables world leaders to speak to the public, but that these accounts “are not above our rules entirely” and can’t use Twitter to incite violence. Trump had roughly 89 million followers. Twitter shares fell roughly 4% in after-hours trading, reflecting concerns that the Trump ban might reduce usage and advertising sales.

Jonathan Greenblatt, who heads the Anti-Defamation League, said Friday that banning Trump was an “excellent step” and “a fitting end to a legacy of spewing hate and vitriol.” The ADL was part of a coalition of civil rights and advocacy groups on Friday calling for Twitter to ban Trump’s account.

Twitter, long accused of treating the president with kid gloves, began policing Trump more aggressively starting in the early days of the general presidential campaign, when the company began aggressively labeling his false tweets about supposedly widespread election fraud as disputed. An actual permanent suspension had been all but unimaginable — at least until he lost his bid for re-election.

In May, after Trump tweeted the phrase “when the looting starts, the shooting starts” in response to protests in Minneapolis, Twitter added a warning label to his post for the first time. Tensions between Trump and Twitter only escalated from there.

Banning Trump entirely was a big step for the company — if one that it avoided taking until the president was a lame duck and its larger rival, Facebook, already banned him indefinitely.

Now that Trump has been knocked off one of his favorite pulpits, he may resort to other online channels such as Parler, a 2-year-old, more freewheeling alternative to Twitter that has become increasingly popular among the president’s most ardent supporters. Many have used the forum to spread falsehoods and hateful comments.

But Parler, which was already tiny compared to Twitter, has bigger problems that could threaten its future. Google suspended Parler from its app store on Friday over continued postings that seek “to incite ongoing violence in the U.S.” The company cited an “ongoing and urgent public safety threat” and said Parler won’t be reinstated until the issues are addressed.

Apple has issued Parler a similar warning and given it 24 hours to fix things. Parler CEO John Matze said in a post that the company “won’t cave to politically motivated companies and those authoritarians who hate free speech.”

While Trump could migrate to Parler, Gab or some other alternative site, doing so will greatly limit his influence, McGregor said. Trump has always craved legitimacy and standing in the mainstream media despite his complaints about normal reporting he has long referred to as “fake news.” He won’t get that on other platforms, she said.

Democratic Rep. Bennie Thompson, chairman of the Committee on Homeland Security said in a statement Friday that Facebook and YouTube should also ban Trump.

On Friday, Twitter also permanently banned two Trump loyalists — former national security adviser Michael Flynn and attorney Sidney Powell — as part of a broader purge of accounts promoting the QAnon conspiracy theory. Twitter said it will take action on behavior that has the potential to lead to offline harm.

“Given the renewed potential for violence surrounding this type of behavior in the coming days, we will permanently suspend accounts that are solely dedicated to sharing QAnon content,” Twitter said in an emailed statement. The company also said Trump attorney Lin Wood was permanently suspended Tuesday for violating its rules, but provided no additional details.

Dozens of QAnon social media accounts were hyping up Trump’s Jan. 6 rally in the heart of Washington, expressing hope that it could lead to the overturn of the election results. 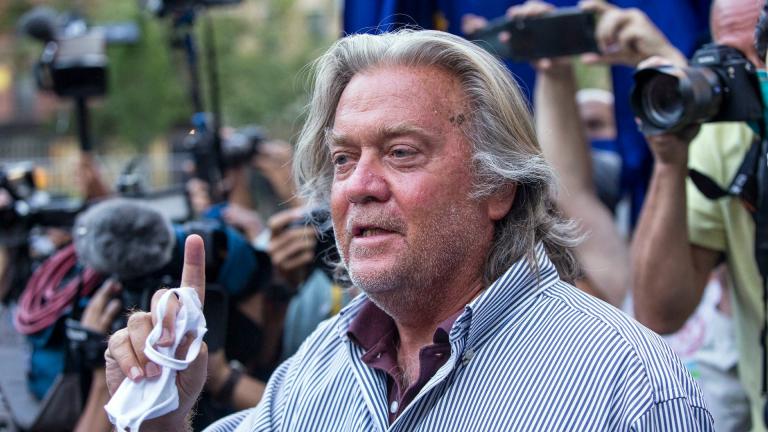