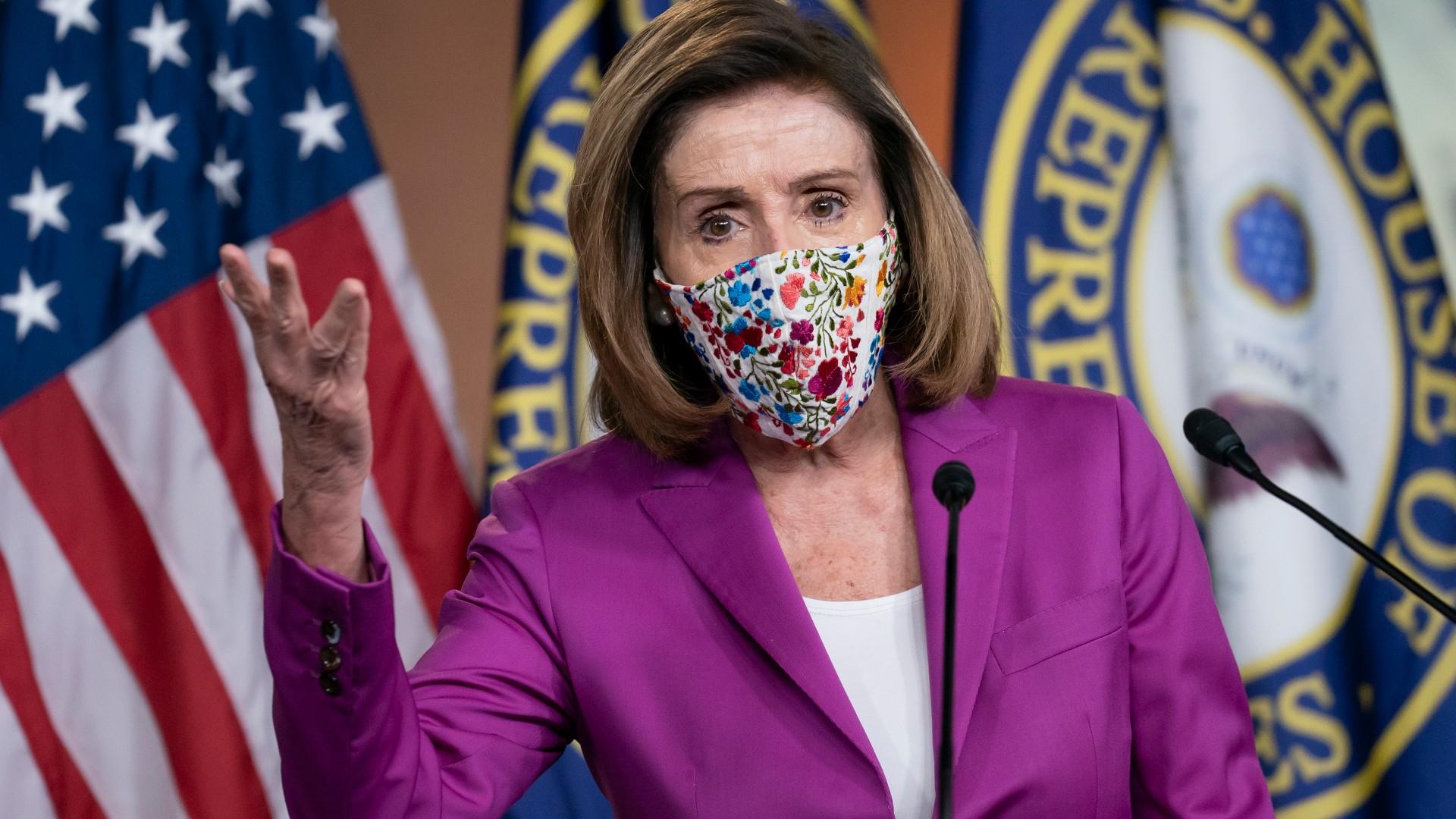 As the country comes to terms with the violent siege of the U.S. Capitol by Trump supporters that left five dead, the crisis that appears to be among the final acts of his presidency is deepening like few other periods in the nation’s history. With less than two weeks until he’s gone, Democrats want him out — now — and he has few defenders speaking up for him in his own Republican party.

“We must take action,” House Speaker Nancy Pelosi declared on a private conference call with Democrats.

And one prominent Republican, Sen. Lisa Murkowski of Alaska, told the Anchorage Daily News that Trump simply “needs to get out.”

The final days of Trump’s presidency are spinning toward a chaotic end as he holes up at the White House, abandoned by many aides, top Republicans and Cabinet members. After refusing to concede defeat in the November election, he has now promised a smooth transfer of power when Democratic President-elect Joe Biden is sworn in on Jan. 20. But even so, he says he will not attend the inauguration — the first such presidential snub since just after the Civil War.

In Congress, where many have watched and reeled as the president spent four years breaking norms and testing the nation’s guardrails of democracy, Democrats are unwilling to take further chances with only a few days left in his term. The mayhem that erupted Wednesday at the Capitol stunned the world and threatened the traditional peaceful transfer of power.

Pelosi said she had spoken to the chairman of the Joint Chiefs of Staff Gen. Mark Milley “to discuss available precautions for preventing an unstable president from initiating military hostilities or accessing the launch codes” for nuclear war. She said Milley assured her longstanding safeguards are in place.

The president has sole authority to order the launch of a nuclear weapon, but a military commander could refuse the order if it were determined to be illegal. Trump has not publicly made such threats, but officials warn of grave danger if the president is left unchecked.

“This unhinged president could not be more dangerous,” Pelosi said of the current situation.

Biden, meanwhile, said he is focused on his job as he prepares to take office. Asked about impeachment, he said, “That’s a decision for the Congress to make.”

The Democrats are considering lightning-quick action. A draft of their Articles of Impeachment accuses Trump of abuse of power, saying he “willfully made statements that encouraged — and foreseeably resulted in — imminent lawless action at the Capitol,” according to a person familiar with the details who was granted anonymity to discuss them.

The articles are expected to be introduced on Monday, with a House vote as soon as Wednesday.

If Trump were to be impeached by the House and convicted by the Senate, he might also be prevented from running again for the presidency in 2024 or ever holding public office again. He would be only the president twice impeached. A person on the call said Pelosi also discussed other ways Trump might be forced to resign.

Senators from a bipartisan group convened their own call to consider options for congressional action, according to an aide granted anonymity to reveal the private discussions.

Not helpful, the White House argued. Trump spokesman Judd Deere said, “A politically motivated impeachment against a President with 12 days remaining in his term will only serve to further divide our great country.”

Trump was tweeting again Friday, his Twitter account reinstated after a brief ban, and he reverted to an aggressive statement that his supporters must not be “disrespected” after he had sent out a calmer Thursday video decrying the violence. Toward evening, Twitter said it was permanently suspending him from its platform, citing “risk of further incitement of violence.”

The soonest the Senate could begin an impeachment trial under the current calendar would be Jan. 20, Inauguration Day.

Conviction in the Republican Senate at this late date would seem unlikely, though in a sign of Trump’s shattering of the party many Republicans were silent on the issue.

One Trump ally, Republican Minority Leader Rep. Kevin McCarthy of California, did speak up, saying as the White House did that “impeaching the President with just 12 days left in his term will only divide our country more. “

McCarthy said he has reached out to Biden and plans to speak with the Democratic president-elect about working together to “lower the temperature.”

But Murkowski said she wants Trump to resign now, not wait for Biden’s swearing in on Jan. 20.

“I want him out,” she said in a telephone interview with the Anchorage newspaper.

Strong criticism of Trump, who urged the protesters to march to the Capitol, continued unabated.

“Every day that he remains in office, he is a danger to the Republic,” said Rep. Adam Schiff, D-Calif.

Schiff, who led Trump’s impeachment in 2019, said in a statement that Trump “lit the fuse which exploded on Wednesday at the Capitol.”

Sen. Bernie Sanders, the independent from Vermont, tweeted that some people ask, why impeach a president who has only a few days left in office?

“The answer: Precedent. It must be made clear that no president, now or in the future, can lead an insurrection against the U.S. government,” Sanders said.

They have called on Vice President Mike Pence and the Cabinet to invoke the 25th Amendment to to force Trump from office. It’s a process for removing the president and installing the vice president to take over.

Pelosi said later that option remains on the table. But action by Pence or the Cabinet now appears unlikely, especially after two top officials, Education Secretary Betsy DeVos and Transportation Secretary Elaine Chao suddenly resigned in the aftermath of the violence and would no longer be in the Cabinet to make such a case.

Trump had encouraged loyalists at a rally Wednesday at the White House to march on the Capitol where Congress was certifying the Electoral College tally of Biden’s election.

The House impeached Trump in 2019, but the Republican-led Senate acquitted him in early 2020.