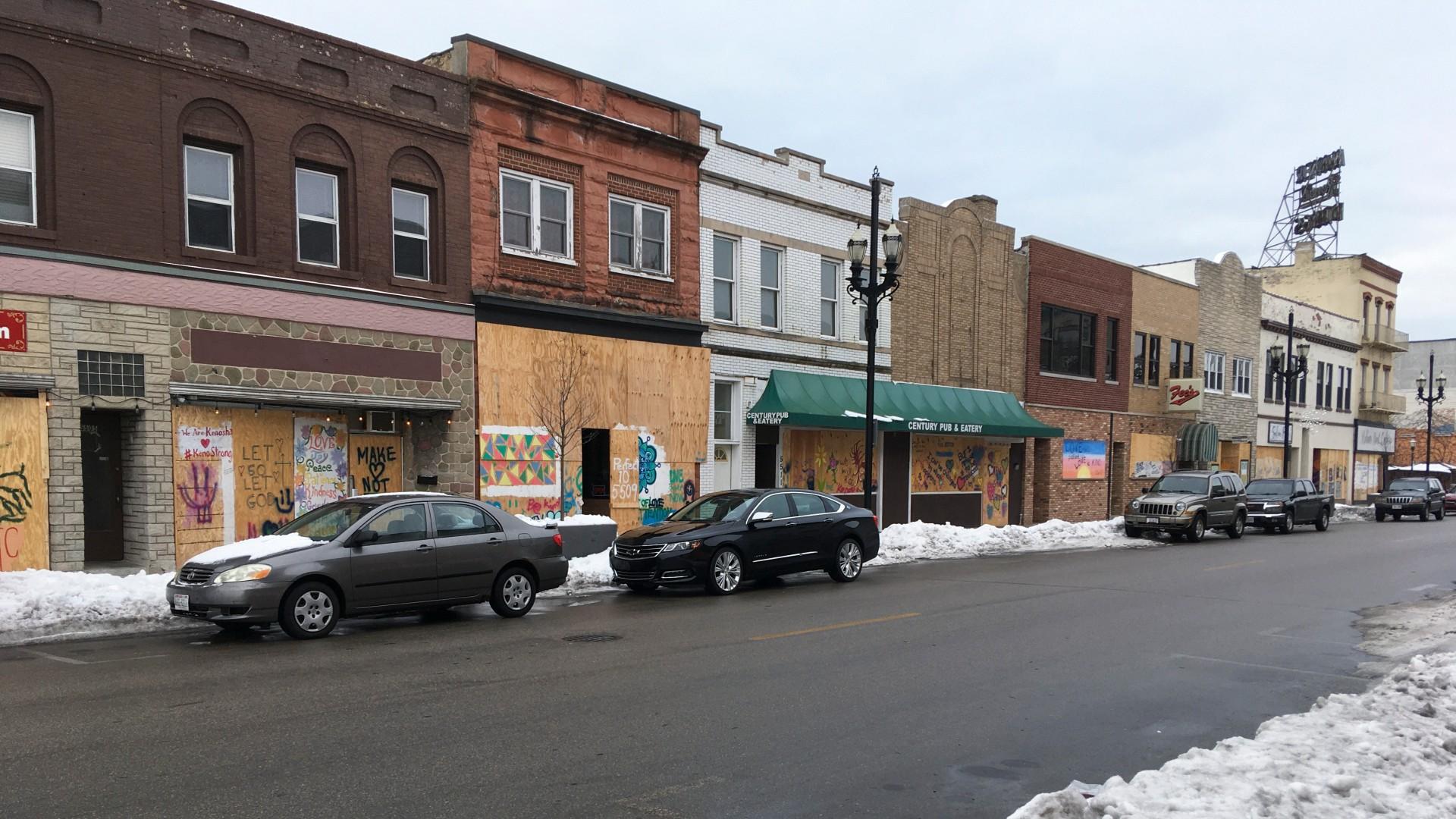 Windows are boarded up in Kenosha, Wis., Thursday, Jan. 7. 2021. The chaotic protests that everyone feared would ensue after a prosecutor decided this week not to charge a Wisconsin police officer who shot Jacob Blake, a Black man, in the back haven't materialized as activists bide their time after right-wing extremists stormed the U.S. Capitol. (AP Photo / Mike Householder)

KENOSHA, Wis. (AP) — Chaotic protests haven’t returned to Kenosha after a prosecutor declined charges against the police officer who shot Jacob Blake, and some who backed demonstrations following the August shooting say they’re concerned about safety in a week extremists stormed the U.S. Capitol.

There was widespread unrest in Kenosha when Officer Rusten Sheskey, who is white, shot Blake — a Black man — in the back on Aug. 23 while responding to a domestic disturbance, leaving Blake paralyzed. The street protests went on for several nights, sometimes turning violent as self-styled militia heeded social media messages to protect businesses. Hundreds were arrested, and multiple businesses were looted and burned. Prosecutors say Illinois teen Kyle Rittenhouse opened fire during one of the protests, killing two people and wounding a third.

Law enforcement and the National Guard prepared for a possible repeat of the August protests after Kenosha County District Attorney Michael Graveley announced Tuesday he would not charge Sheskey, who said he feared Blake was going to stab him.

Blake’s family and activists reacted with anger and disappointment, but initial protests were subdued. Several dozen people gathered downtown that evening, and protesters took Wednesday off.

One activist, Nick Larsen, said the group was considering safety implications in light of Wednesday’s riots by supporters of President Donald Trump at the U.S. Capitol that delayed the official count of President-elect Joe Biden’s Electoral College victory.

“We’re trying to keep the city relatively quiet,” Isaac Wallner, another activist, said Thursday. “We want to keep everybody safe and don’t want to fit into a narrative that we’re destructive.”

Leaders of Kenosha, a civil rights group that has repeatedly called for peaceful demonstration, later announced a plan to march Monday afternoon to demand Sheskey be fired.

Blake’s uncle, Justin Blake, told The Associated Press on Wednesday that he has been speaking to activist groups to encourage what he called “a nonviolent civil uprising.” That, he said, could include sit-ins, shutdowns of highways and boycotts to apply pressure on the city, state and federal government to change laws and policies that enable officers to avoid charges.

Still, a state of emergency remains in effect for the city of 100,000 people on the Wisconsin-Illinois border about 65 miles north of Chicago. National Guard troops remain in the city, and most downtown businesses were boarded up Thursday.

Sherry Ludwig’s shop, Bisou Lingerie, is among the many downtown businesses that are protected by plywood. She said looters in August smashed her front window, stole her cash register and did about $35,000 worth of damage that took six weeks to repair.

She said she’s “cautiously optimistic” that the civil unrest the city saw this past summer won’t repeat itself, saying community and businesses leaders have been holding discussions since then.

“I had a feeling it wouldn’t happen (after the charging decision),” she said. “We’ve moved forward.”

Pamela Oliver, a University of Wisconsin-Madison sociology professor emeritus who studies the dynamics of protest, said Blake demonstrators may believe that right-wing militias are looking for street confrontations after the Capitol attack.

“I think it’s a very dangerous time to be trying to do anti-police protesting,” she said. “I do think the right-wing, white, armed (groups) are dangerous and there’s a lot of evidence at least some police in some areas support them. There’s evidence police in Kenosha support them.”

Kenosha police were captured on cellphone video during the August protest thanking militia members — and Rittenhouse — for coming to the city. They allowed Rittenhouse to walk past them in the moments after the shootings. Law enforcement has said Rittenhouse was waved through in the chaos of the moment.

Oliver said that even though daily street protests aren’t happening, the Black Lives Matter movement isn’t going away and is only generating more support among whites.

“People are being very careful and thoughtful in this historic moment,” she said. “I don’t think it means they’ve given up. Black groups are organized and have a lot more allies now than they had five years ago.”

Blake supporters are still moving behind the scenes. The Blake family’s attorney, Ben Crump, has said he plans to file a civil lawsuit. Kim Motley, an attorney representing the family of one of the men Rittenhouse killed and the one he wounded, has filed notice of a pair of $10 million claims against the city, the first step toward filing a lawsuit. She alleges the city and Kenosha County were negligent in their response to the unrest.

The U.S. Department of Justice also is investigating the shooting. 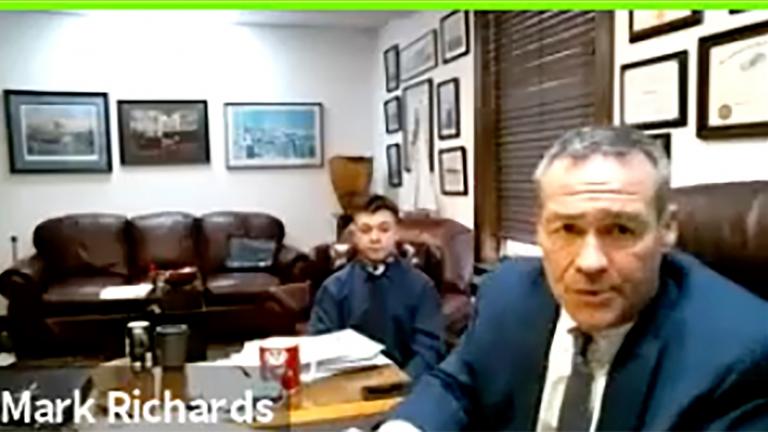