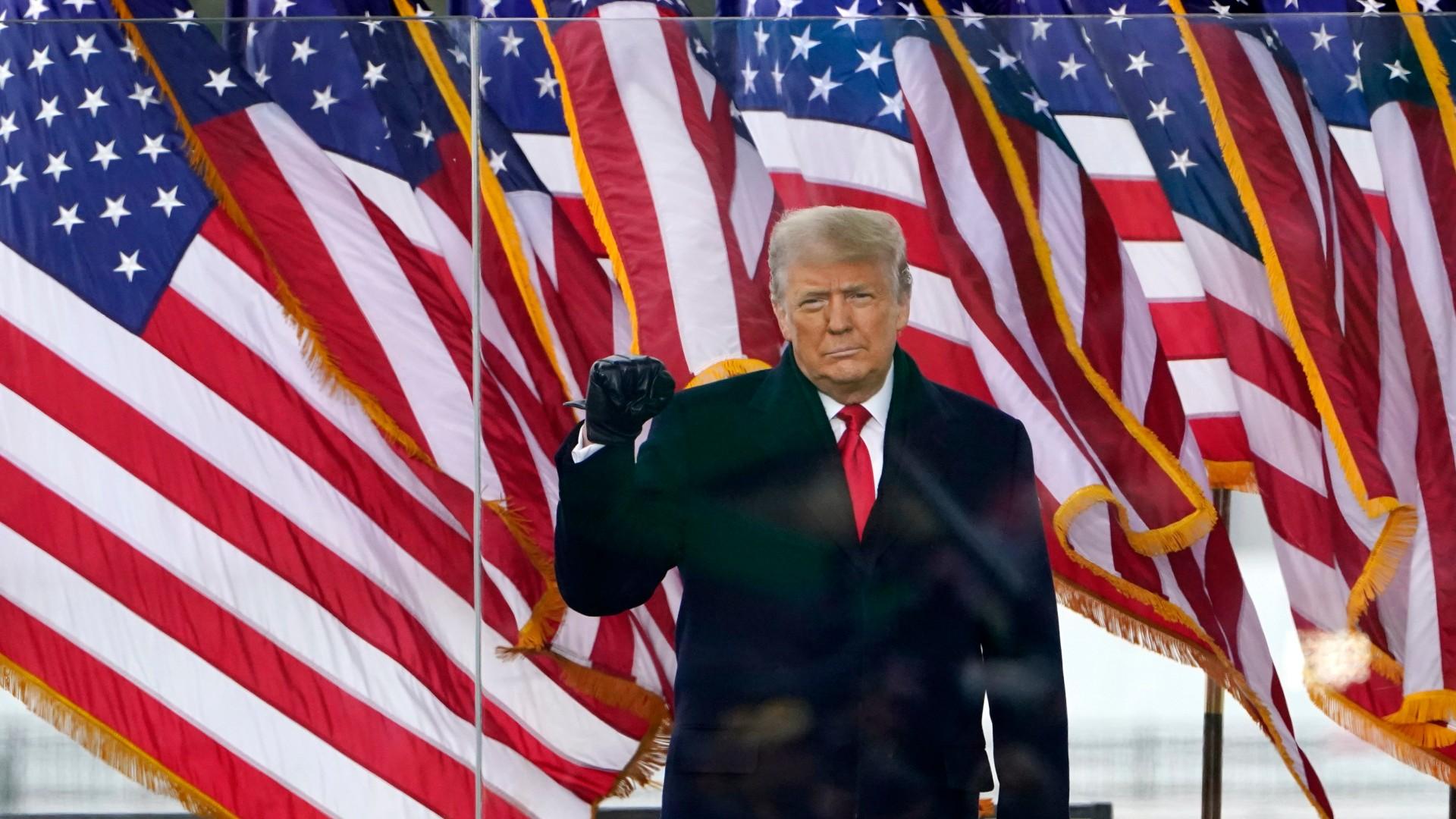 Facebook and Instagram will bar President Donald Trump from posting on its system at least until the inauguration of President-elect Joe Biden, the platform said Thursday.

In a post announcing the unprecedented move, Facebook founder Mark Zuckerberg said the risk of allowing Trump to use the platform is too great following the president's incitement of a mob that touched off a deadly riot in the U.S. Capitol on Wednesday.

Zuckerberg says Trump’s account will be locked “for at least the next two weeks” but could remain locked indefinitely.

“The shocking events of the last 24 hours clearly demonstrate that President Donald Trump intends to use his remaining time in office to undermine the peaceful and lawful transition of power to his elected successor, Joe Biden," Zuckerberg wrote.

Trump has repeatedly harnessed the power of social media to spread falsehoods about election integrity and the results of the presidential race. Platforms like Facebook have occasionally labeled or even removed some of his posts, but the overall response has failed to satisfy a growing number of critics who say the platforms have enabled the spread of dangerous misinformation.

In light of Wednesday's riot, however, Zuckerberg said a more aggressive approach is needed.

“The current context is now fundamentally different, involving use of our platform to incite violent insurrection against a democratically elected government,” he wrote.

Twitter also locked President Donald Trump’s accounts for 12 hours after he repeatedly posted false accusations about the integrity of the election. That suspension was set to expire sometime Thursday; the president had not yet resumed tweeting as of late Thursday morning.

A company spokesman said the company could take further action as well.

“We're continuing to evaluate the situation in real time, including examining activity on the ground and statements made off Twitter," the spokesman said. “We will keep the public informed, including if further escalation in our enforcement approach is necessary."

Meanwhile, the platforms continued to face criticism from users who blamed them, in part, for creating an online environment that led to Wednesday's violence.

“Today is the result of allowing people with hate in their hearts to use platforms that should be used to bring people together," singer Selena Gomez wrote on Twitter to her 64 million followers. “”You have all failed the American people today, and I hope you're going to fix things moving forward."

Thomas Rid, a Johns Hopkins cyberconflict scholar, tweeted “kudos and respect” to Zuckerberg and Facebook shortly after the announcement that Trump’s account would be locked for two weeks.

“Clearly the right move,” Rid said. “Consistent incitement to political violence is not acceptable. Twitter should do so as well.”

A message left with the White House on Thursday morning was not immediately returned.

All it took for social-media giants Twitter and Facebook to even temporarily bar President Donald Trump from addressing their vast audiences was a violent insurrection at the U.S. Capitol, fueled by years of false statements, conspiracy theories and violent rhetoric from the president.

On Wednesday, in an unprecedented step, the two companies temporarily suspended Trump from posting to their platforms after a mob of his supporters stormed the house of Congress. It was the most aggressive action either company has yet taken against Trump, who more than a decade ago embraced the immediacy and scale of Twitter to rally loyalists, castigate enemies and spread false rumors.

Twitter locked Trump out of his account for 12 hours and said that future violations could result in a permanent suspension. The company required the removal of three of Trump's tweets, including a short video in which he urged those supporters to “go home” while also repeating falsehoods about the integrity of the presidential election. Trump's account deleted those posts, Twitter said; had they remained, Twitter had threatened to extend his suspension.

Facebook and Instagram, which Facebook owns, followed up in the evening, announcing that Trump wouldn't be able to post for 24 hours following two violations of its policies. The White House did not immediately offer a response to the actions.

While some cheered the platforms' actions, experts noted that the companies' actions follow years of hemming and hawing on Trump and his supporters spreading dangerous misinformation and encouraging violence that have contributed to Wednesday's violence.

Jennifer Grygiel, a Syracuse University communications professor and an expert on social media, said Wednesday’s events in Washington, D.C. are a direct result of Trump’s use of social media to spread propaganda and disinformation, and that the platforms should bear some responsibility for their inaction.

“This is what happens,” Grygiel said. “We didn’t just see a breach at the Capitol. Social media platforms have been breached by the president repeatedly. This is disinformation. This was a coup attempt in the United States.”

Grygiel said the platform’s decision to remove the video — and Twitter’s suspension — are too little, too late.

“They’re creeping along towards firmer action,” Grygiel said, calling Trump “Exhibit A” for the need for greater regulation of social media. “Social media is complicit in this because he has repeatedly used social media to incite violence. It’s a culmination of years of propaganda and abuse of media by the president of the United States."

So far, YouTube has not taken similar action to muzzle Trump, although it said it also removed Trump's video. But that video remained available as of Wednesday afternoon.

Guy Rosen, Facebook’s vice president of integrity, said on Twitter Wednesday that the video was removed because it “contributes to rather than diminishes the risk of ongoing violence.”

“This is an emergency situation and we are taking appropriate emergency measures, including removing President Trump’s video,” Rosen said.

Twitter initially left the video up but blocked people from being able to retweet it or comment on it. Only later in the day did the platform delete it entirely.

Trump opened his video saying, “I know your pain. I know your hurt. But you have to go home now.”

After repeating false claims about voter fraud affecting the election, Trump went on to say: “We can’t play into the hands of these people. We have to have peace. So go home. We love you. You’re very special.”

Republican lawmakers and previous administration officials had begged Trump to give a statement to his supporters to quell the violence. He posted his video as authorities struggled to take control of a chaotic situation at the Capitol that led to the evacuation of lawmakers and the death of at least one person.

Trump has harnessed social media — especially Twitter — as a potent tool for spreading misinformation about the election. Wednesday's riot only increased calls to ban Trump from the platform.

“The President has promoted sedition and incited violence," Jonathan Greenblatt, chief executive officer of the Anti-Defamation League said in a statement. “More than anything, what is happening right now at the Capitol is a direct result of the fear and disinformation that has been spewed consistently from the Oval Office."

In a statement Thursday morning, Trump said there would be an “orderly transition on January 20th” and acknowledged defeat in the election for the first time. His aides posted the statement on Twitter because his account remained suspended.