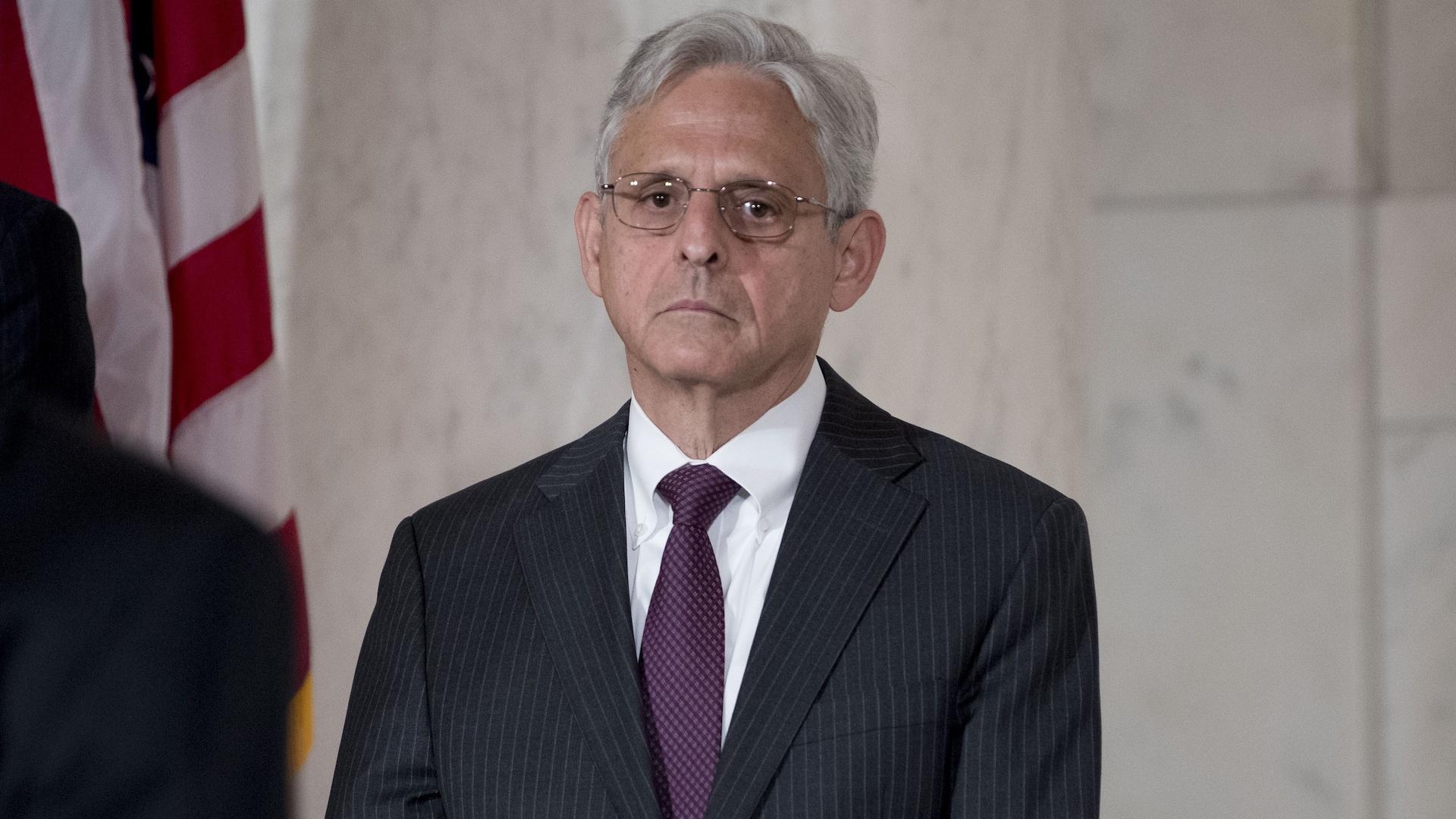 In this July 22, 2019, file photo, Merrick Garland pays his respects for the late Supreme Court Justice John Paul Stevens in the Great Hall of the Supreme Court in Washington. (AP Photo/Andrew Harnik, File)

WASHINGTON (AP) — President-elect Joe Biden has selected Merrick Garland, a federal appeals court judge who in 2016 was snubbed by Republicans for a seat on the Supreme Court, as his attorney general, two people familiar with the selection process said Wednesday.

In picking Garland, Biden is turning to an experienced judge who held senior positions at the Justice Department decades ago, including as a supervisor of the prosecution of the 1995 Oklahoma City bombing. The pick will force Senate Republicans to contend with the nomination of someone they spurned in 2016 — refusing even to hold hearings when a Supreme Court vacancy arose — but Biden may be banking on Garland's credentials and reputation for moderation to ensure confirmation.

Biden is expected to announce Garland’s appointment on Thursday, along with other senior leaders of the department, including former homeland security adviser Lisa Monaco as deputy attorney general and former Justice Department civil rights chief Vanita Gupta as associate attorney general. He will also name an assistant attorney general for civil rights, Kristen Clarke, the founder of Lawyers’ Committee for Civil Rights Under Law, an advocacy group.

Garland was selected over other finalists including Alabama Sen. Doug Jones and former Deputy Attorney General Sally Yates. The people familiar with the process spoke on condition of anonymity. One said Biden regards Garland as an attorney general who can restore integrity to the Justice Department and as someone who, having served in the Justice Department under presidents of both political parties, will be respected by nonpartisan career staff.

If confirmed, Garland would confront immediate challenges, including an ongoing criminal tax investigation into Biden’s son, Hunter, as well as calls from many Democrats to pursue inquiries into Trump after he leaves office. A special counsel investigation into the origins of the Russia probe also remains open, forcing a new attorney general to decide how to handle it and what to make public.

Garland would also inherit a Justice Department that has endured a tumultuous four years and would likely need to focus on not only civil rights issues and an overhaul of national policing policies after months of mass protests over the deaths of Black Americans at the hand of law enforcement.

It was unclear how Garland’s selection would be received by Black and Latino advocates who had advocated for a Black attorney general or for someone with a background in civil rights causes and criminal justice reform.

Garland would also return to a Justice Department radically different than the one he left. The Sept. 11 attacks was years away, the department’s national security division had not yet been created and a proliferation of aggressive cyber and counterintelligence threats from foreign adversaries have made counties like China, Russia and North Korea top priorities for federal law enforcement.

But some of the issues from Garland’s first stint at the department persist. Tensions between police and minorities, an issue that flared following the 1992 beating of Rodney King in Los Angeles, remain an urgent concern particularly following a summer of racial unrest that roiled American cities after the May killing of George Floyd in Minneapolis.

And the FBI has confronted a surge in violent from anti-government and racially motivated extremists. That is a familiar threat to Garland, who as a senior Justice Department official in 1995 helped manage the federal government’s response to the bombing of a government building in Oklahoma City that killed 168 people. The bomber, Timothy McVeigh, who was later executed.

Garland has called the work the “most important thing I have done” and was known for keeping a framed photo of Oklahoma City’s Alfred P. Murrah Federal Building in his courthouse office in Washington.

At the time of the bombing, Garland was 42 and principal associate deputy attorney general, a top lieutenant to Attorney General Janet Reno. He was chosen to go to Oklahoma City, the highest-ranking Justice Department official there, and led the prosecution for a month until a permanent lead prosecutor was named.

Garland was selected over other contenders for the job including former Alabama senator Doug Jones, who lost his Senate seat last month, and former Deputy Attorney General Sally Yates.

It is rare but not unprecedented for attorneys general to have previously served as judges. It happened in 2007 when President George W. Bush picked Michael Mukasey, a former federal judge in Manhattan, for the job. Eric Holder, President Barack Obama’s first attorney general, had also previously been a Superior Court judge.

Garland was put forward by former President Barack Obama for a seat on the Supreme Court in 2016 following the death of Justice Antonin Scalia, but Republicans refused to hold hearings in the final year of Obama’s term. The vacancy was later filled by Justice Neil Gorsuch during the Trump administration.

Republican Senate Majority Leader Mitch McConnell refused to let the nomination move forward in the Senate in the final months of Obama’s tenure. He was criticized by Democrats this fall when he took the opposite approach toward confirming President Donald Trump’s Supreme Court pick, Amy Coney Barrett. He said the difference this time around was that the White House and Senate were controlled by the same political parties.

One year later, after the firing of FBI Director James Comey, McConnell actually floated Garland’s name as a replacement for that position, though Garland was said to be not interested.

Garland has been on the federal appeals court in Washington since 1997. Before that, he had worked in private practice, as well as a federal prosecutor, a senior official in the Justice Department’s criminal division and as the principle associate deputy attorney general.