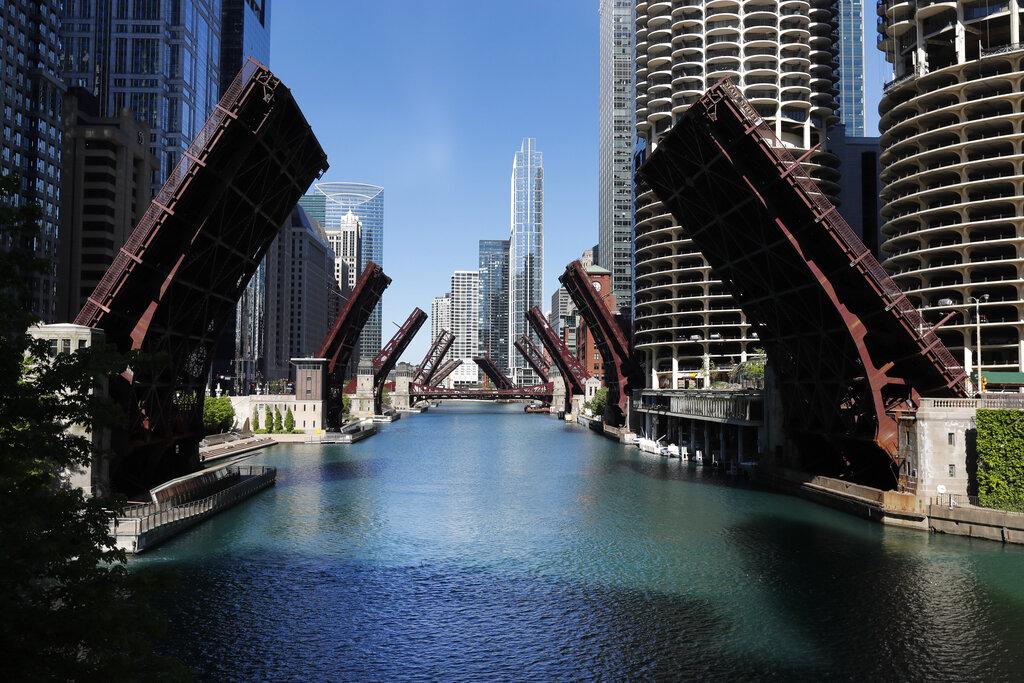 In this May 31, 2020 file photo, several street bridges over the Chicago River remain closed in Chicago, after a night of unrest and protests over the death of George Floyd, a Black man who was in police custody in Minneapolis. (AP Photo / Charles Rex Arbogast)

CHICAGO (AP) — The number of homicides and shootings in Chicago spiked dramatically in 2020, ending with more bloodshed than in all but one year in more than two decades, statistics released by police on Friday revealed.

After three years of falling homicide totals, 2020 ended with 769 homicides — 274 more than the previous year and the most since the 784 homicides in 2016. The latest shooting victim figures told the same story, with the year ending with 4,033 shooting victims compared with 2,598 the year before.

And it never let up, as is illustrated by the fact that in December, there were 50 homicides — 19 more than occurred in December 2019.

None of these numbers come as a surprise, as the year unfolded with news reports about violence that often included the word “deadliest,” such as after Memorial Day weekend, the deadliest in five years. Then a few days later, May 31, ended with more homicides — 18 — than in any single day in memory.

Chicago was not alone. During that weekend in particular, which came after the death of George Floyd after being forcibly detained by Minneapolis police, cities across the United States witnessed spasms of violence.

The year ended in Detroit, Washington, D.C., New York, Milwaukee and other cities with more killings than the year before. The same held true in smaller cities, including Grand Rapids, Michigan, and Rockford, Illinois. Chicago, the nation’s third-largest city, saw hundreds more homicides than either New York or Los Angeles.

Law enforcement officials and experts around the U.S. have pointed to social and economic upheaval caused by the COVID-19 virus, public sentiment toward police following Floyd’s death and a historic shortage of jobs and resources in poorer communities as contributing factors.

According to the Chicago Police Department, 79 officers were shot at in 2020, compared with 22 who were fired upon the year before. The number of officers who were struck by bullets doubled from five in 2019 to 10 in 2020.