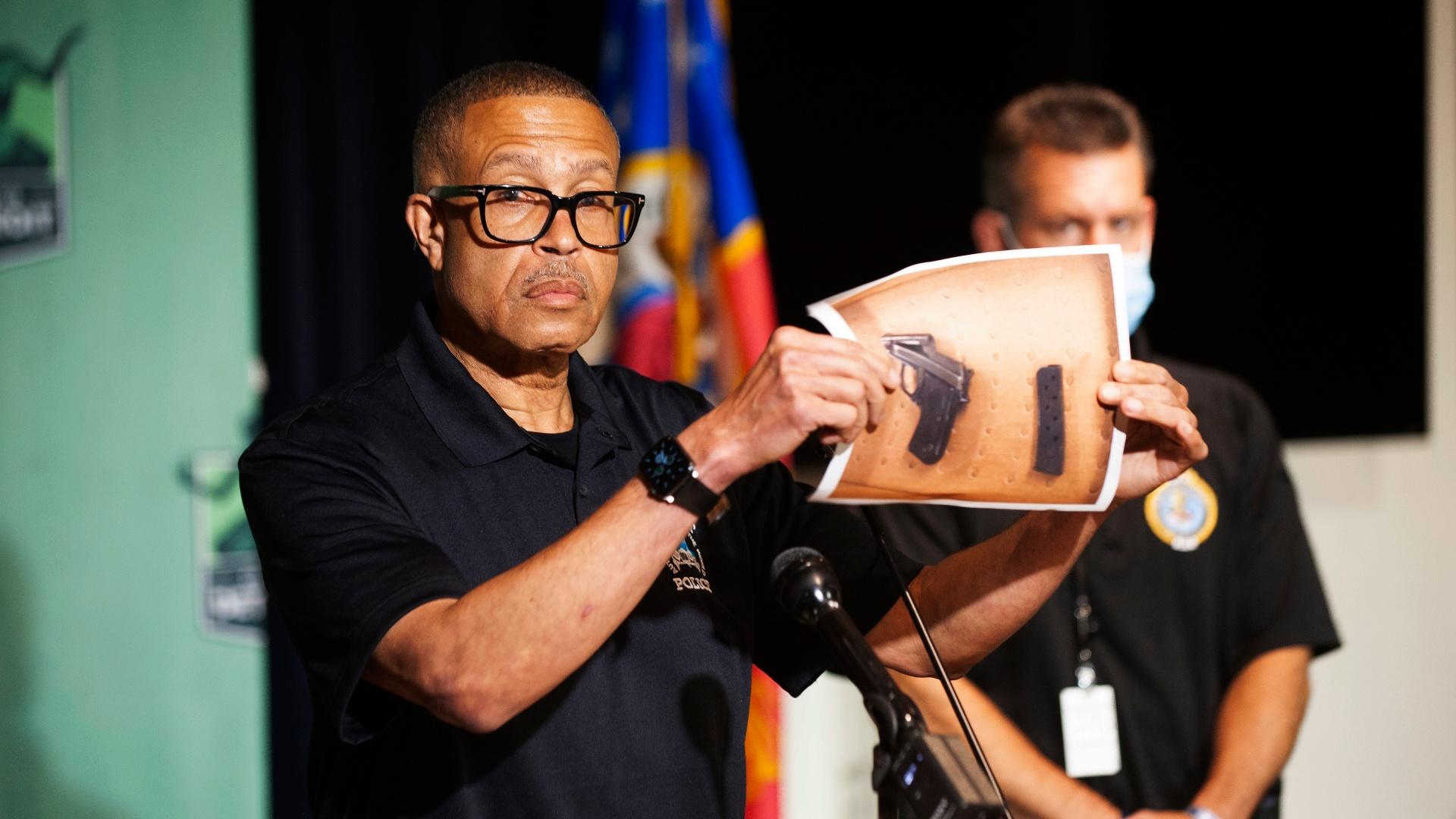 In this July 10, 2020 file photo, Detroit Police Chief James Craig shows a photograph of the handgun used by a man who shot at police officers at close range while they were arresting his friend. (John T. Greilick / Detroit News via AP, File)

DETROIT (AP) — When Andre Avery drives his commercial truck through Detroit, he keeps his pistol close.

Avery, 57, grew up in the Motor City and is aware that homicides and shootings are surging, even though before the pandemic they were dropping in Detroit and elsewhere. His gun is legal, and he carries it with him for protection.

“I remain extremely alert,” said Avery, who now lives in nearby Belleville. “I’m not in crowds. If something looks a little suspicious, I’m out of there.”

In Detroit, Chicago, New York, Philadelphia and even smaller Grand Rapids, Michigan, and Milwaukee, 2020 has been deadly not only because of the pandemic, but because gun violence is spiking.

Authorities and some experts say there is no one clear-cut reason for the spike. They instead point to social and economic upheaval caused by the COVID-19 virus, public sentiment toward police following George Floyd’s death in Minneapolis police custody and a historic shortage of jobs and resources in poorer communities as contributing factors. It’s happening in cities large and small, Democrat and Republican-led.

Two years ago, Detroit had 261 homicides — the fewest in decades. The tally has hovered around there with about 786 shootings for a city of more than 672,000.

But with only a few days left in 2020, homicides already have topped 300, while non-fatal shootings are up more than 50% at more than 1,124 through the middle of December.

“I think the pandemic — COVID — has had a significant emotional impact on people across the country,” Detroit Police Chief James Craig said. “Individuals are not processing how they manage disputes. Whether domestics, arguments, disputes over drugs, there’s this quickness to use an illegally carried firearm.”

About 7,000 guns had been seized through mid-December in Detroit, with more than 5,500 arrests for illegal guns. There were 2,797 similar arrests last year.

“I’ve not seen a spike like this. But when it’s happening in other cities — some smaller — what do we all have in common?” Craig said of the slayings and shootings. “That’s when you start thinking about COVID.”

Washington, D.C., a city of about 700,000, has seen more than 187 homicides this year, eclipsing last year’s total by more than 20. Among the most horrible: A 15-month-old baby boy was shot to death during a drive-by shooting.

“We’re all sick of the heinous crimes in our city,” said Mayor Muriel Bowser.

Crime in parts of the U.S. dropped during the early weeks of the pandemic when stay-at-home orders closed businesses and forced many people to remain indoors.

University of Pennsylvania economics professor David Abrams said crime began to spike in May and June when initial orders in some states were lifted.

Some people “may have been a little stir crazy,” Abrams said. “At the end of May, George Floyd’s killing led to protests and looting. That led to police reform movements. Any of that could have potentially affected individual behavior and also the police response to that.”

Calls for some cities to reduce funding for police departments may have led some officers to take a less aggressive approach to policing, he added.

What the COVID-19 virus did was exacerbate all of the frustration and anger that some in Black and brown communities already were dealing with, according to retired Michigan State University sociology professor Carl Taylor. The virus has killed more than 300,000 people across the country, with minority communities hardest hit.

“The COVID has been absolutely the trigger of an everlasting bomb that’s exploding in many parts of our community,” he added.

Nowhere is that more true than inside people’s homes. “The COVID crisis and the economic shutdown is forcing people into their homes, creating conditions where people are more volatile,” said Kim Foxx, the top prosecutor in Cook County, which includes Chicago. And the most jarring statistic that illustrates that volatility is this: The number of domestic-related homicides in the nation’s third-largest city are up more than 60% compared with last year.

President Donald Trump claimed spiking crime was somehow related to massive protests over police brutality that swept the nation this year, but the majority of those protests were peaceful. Trump also claimed the crime was concentrated in Democratic-run cities, but there have been spikes in Republican-run cities as well. Federal agents and resources were poured into Detroit and a number of other cities this summer to help local authorities collar the rising crime rates.

Between Jan. 1 and Nov. 5, 165 homicides were recorded in Milwaukee, the most since 1991. And in Chicago, after three years of falling homicide numbers, the totals skyrocketed to 739 in mid-December compared with 475 at the same point last year.

Even smaller cities like Grand Rapids are suffering. By mid-December there were 35 homicides compared with 16 through all of 2019 and nine the year before. From this January to October, non-fatal shootings topped 200 in the city, which is home to about 200,000 people. Over the same period last year there were 131 non-fatal shootings.

“This year, is it because of COVID? The political polarization we have seen?” asked Sgt. Dan Adams, spokesman for the Grand Rapids Police Department. “This year has been a year like no other. I don’t think you can point to any one ‘why.’”

It is the same for other mid-sized cities. Last year, there were 18 homicides in Rockford, a city of about 170,000 people in northern Illinois. More than 30 have been killed so far this year, including three Saturday at a bowling alley.

“As we come to the end of this most difficult year and we look ahead at this New Year upon us, we know that this type of violence needs to stop,” Rockford Mayor Tom McNamara said. 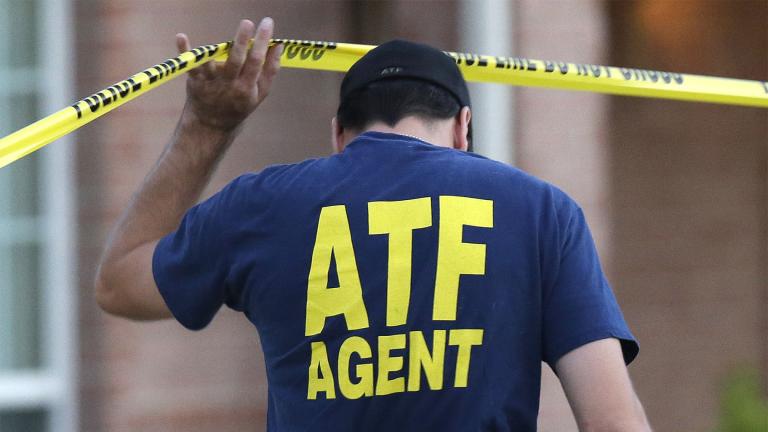