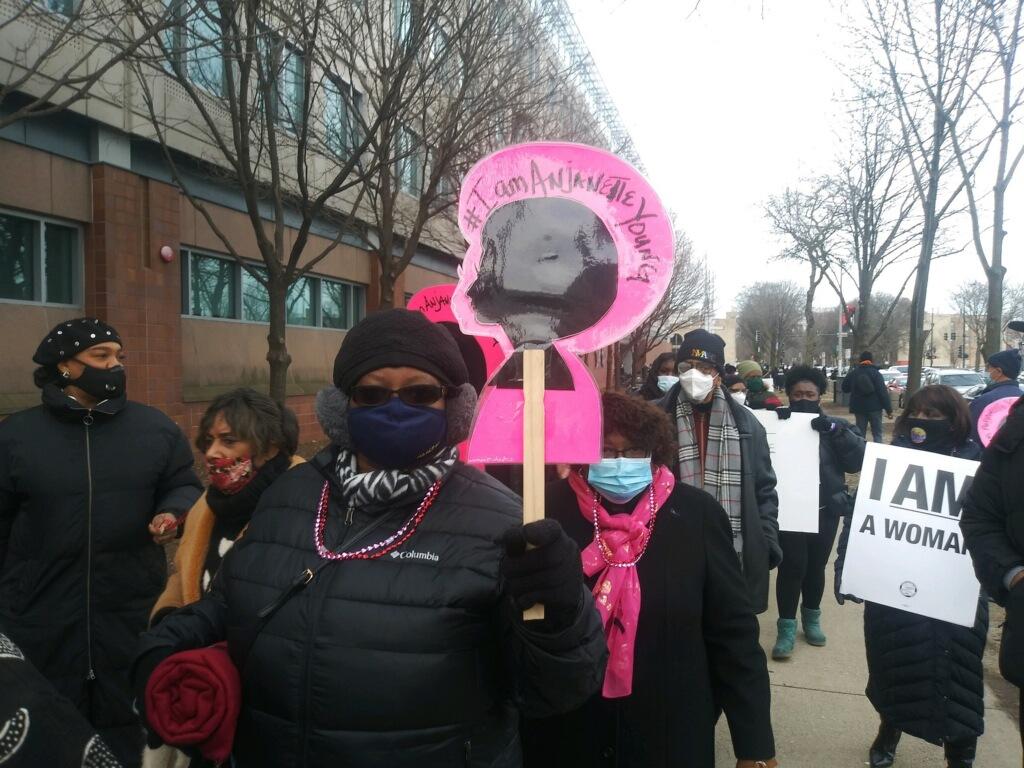 Chanting “Black Women Matter” and “You Got the Wrong House,” dozens of women marched outside Chicago police headquarters on Sunday, demanding police and judicial reforms in response to a botched raid at the Chicago home of Anjanette Young, a social worker who had just emerged from the shower at the time of the raid and was handcuffed while naked.

Wearing black T-shirts and pink arm bands and carrying signs outside the South Michigan Avenue headquarters, the protesters were joined by the Rev. Jesse L. Jackson Sr., founder of the Rainbow PUSH Coalition, which spearheaded the march.

“Silence is a betrayal,” said Jackson, who called for all people, including members of the Fraternal Order of Police and police officers themselves, to speak out against a system that he said protects police even when they conduct a raid at the wrong house. “We must end the carnage. We must end the genocide.” 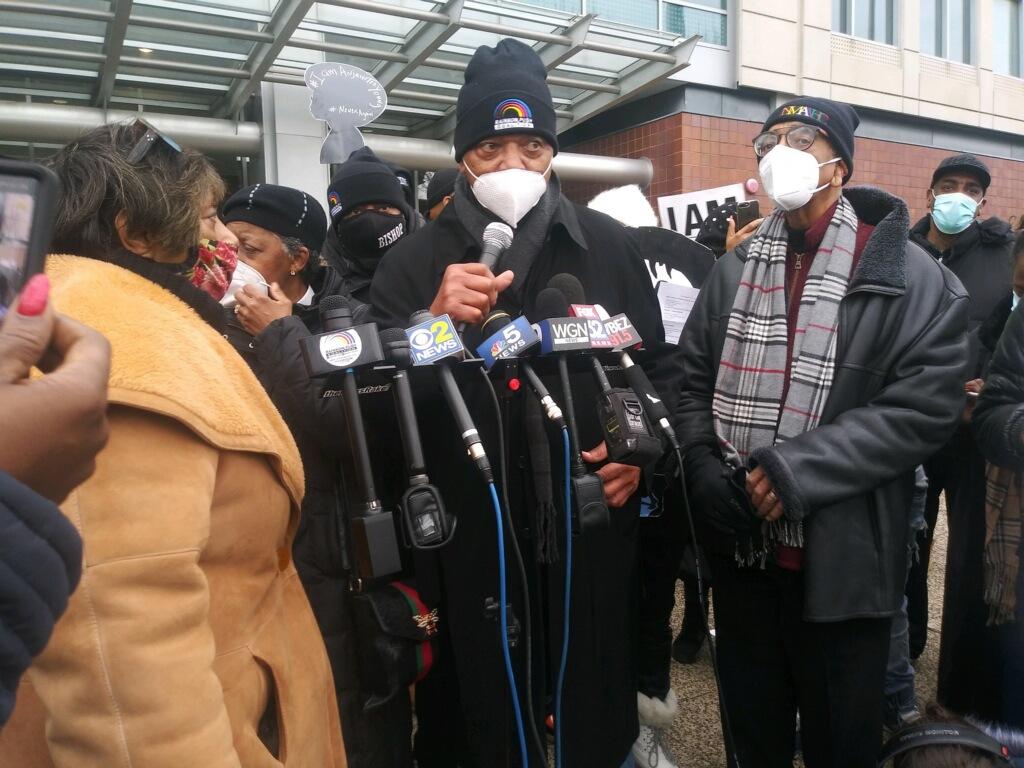 Jackson was joined by other elected officials, including U.S. Reps. Bobby Rush and Danny Davis, and Lt. Gov. Juliana Stratton, for a press conference following the march.

“We can’t move forward as a society until we commit to protecting Black women and girls,” Stratton said.

Rush said he planned to bring the matter of wrongful raids to the attention of the House Judiciary Committee.

The event brought together a coalition of 700 women from around the state, according to a press release, and was organized by the Rev. Janette Wilson, senior adviser to Jackson, who said she wants the names of the 12 officers who participated in the February 2019 raid released, and also to know who approved the raid.

“We want to know the names (of the officers revealed), background checks and the name of the judge who approved the warrant so we can take them out in the next election,” she said. 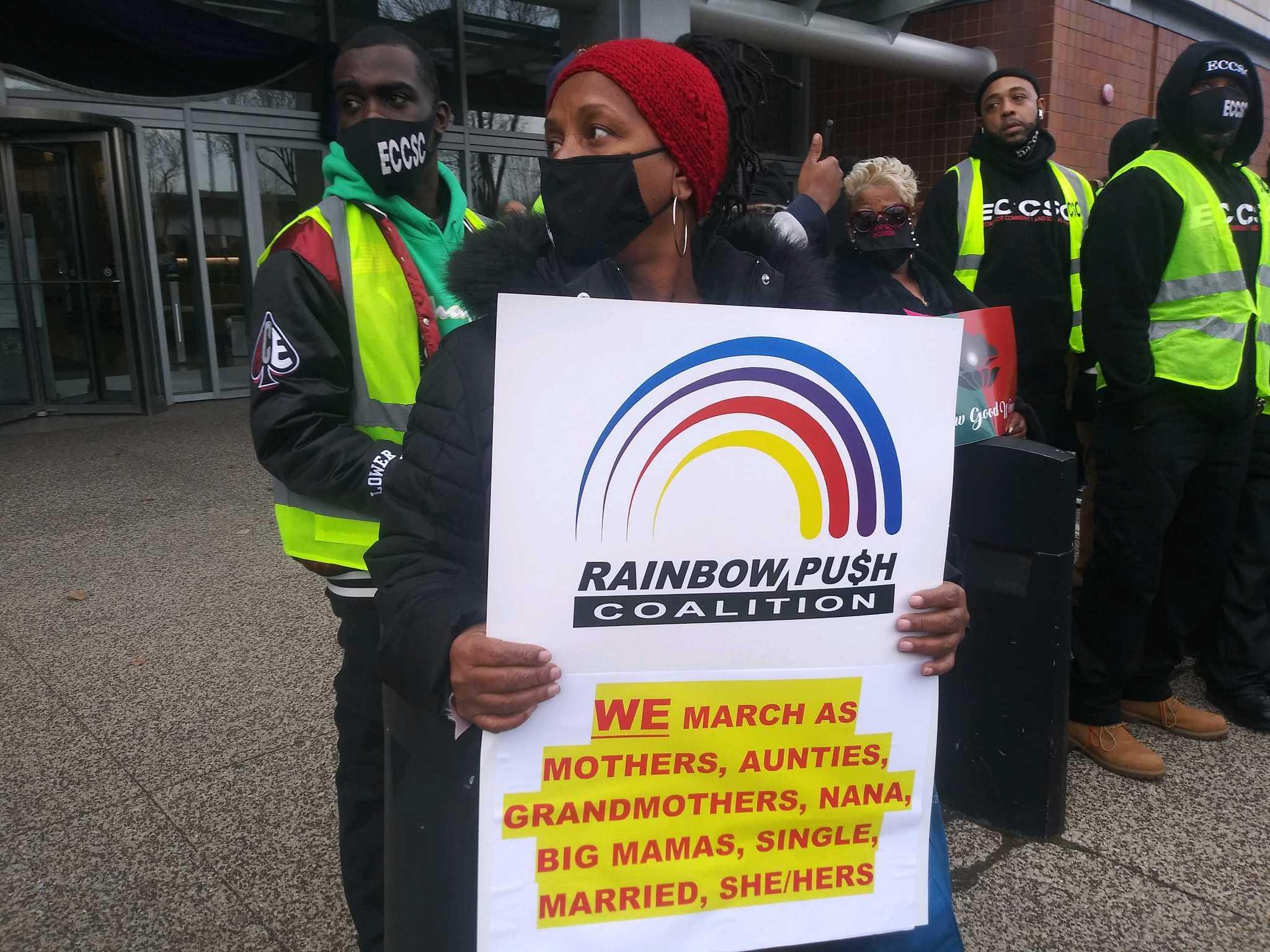 Wilson said the Chicago police bill of rights, which grants police special protections in criminal and other investigations, needs to be eliminated and that criminal justice should be on the agenda at all levels of government.

Several speakers noted that Young told police 43 times that they were at the wrong house.

Police body camera footage of the raid released by Young’s lawyer has spurred cries for justice, police reform and for an end to the criminalization of innocent people, several people said.

Some people at the march called for the resignation of Mayor Lori Lightfoot amid claims that she covered up the raid.

Lightfoot initially said she became aware of the raid only after WBBM-Ch. 2 aired video of it. Later, she acknowledged that staff had told her about the raid in emails in November 2019.

“She did the same thing that Rahm Emanuel did with Laquan McDonald,” said Zakiyyah S. Muhammed, of Chicago.

“She had a blueprint,” added Chicago resident Ivy Martinez, who also wants Lightfoot to resign.

Others said Lightfoot’s resignation is not the answer.

“I don’t that that solves anything,” said Karen Freeman-Wilson, president of the Chicago Urban League. “She’s inherited a system that’s broken. Thinking a system could be fixed overnight is wrong. You’d be sacrificing one Black woman for another.” 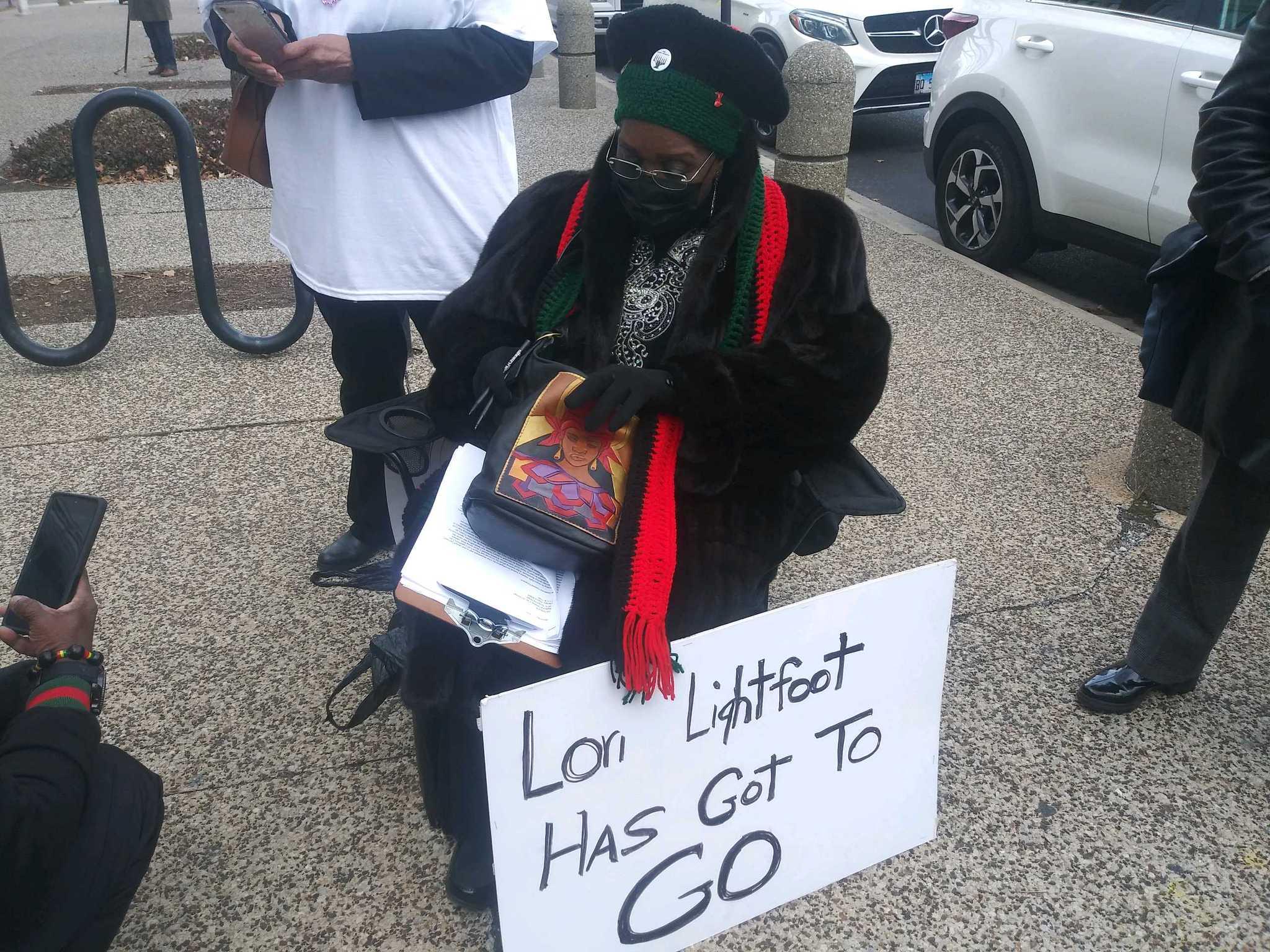 Several people said they were heartbroken by what happened to Young and will not stop fighting until changes are made.

“When I saw the video, I cried,” said Suzette Logan, of Chicago. “It was an abomination. At the end of the day, we have to be glad she wasn’t killed.”

Describing the changes she wants, Stella Hetherington said, “I want everybody involved to lose their jobs, for starters.”