Inauguration Planners Rethink How To Party in Age of Virus 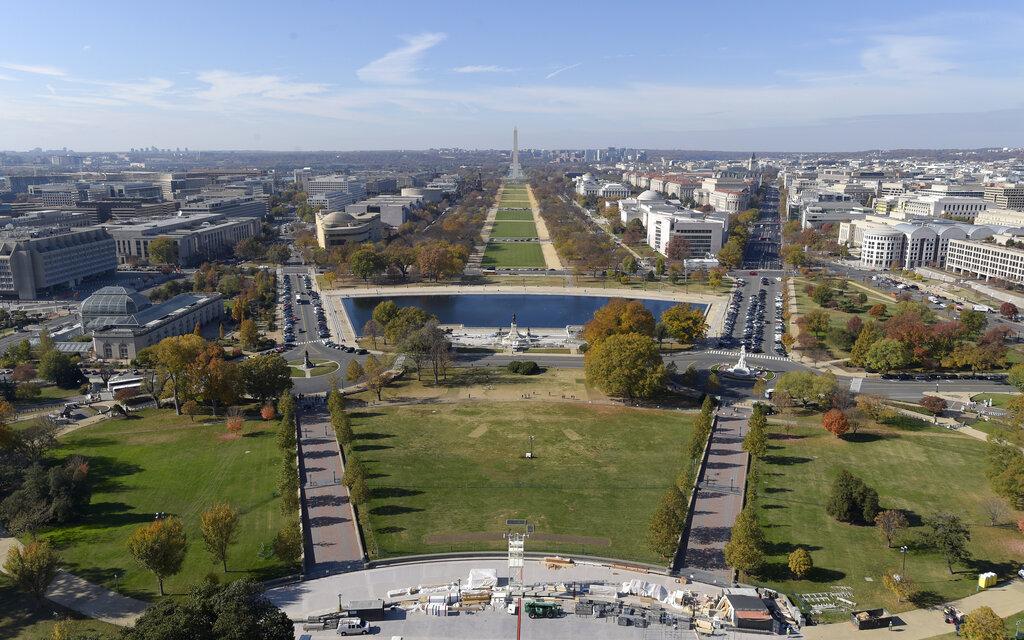 In this Nov. 15, 2016, file photo, inaugural preparations continue on the West Front of Capitol Hill in Washington, looking at the National Mall and Washington Monument. (AP Photo / Susan Walsh, File)

WASHINGTON (AP) — Public health guidance to avoid big parties in the age of coronavirus is about to collide with what is typically one of America’s biggest celebrations of all: the swearing-in of a new president.

While lots of details are still to be worked out, this Jan. 20 is sure to be more subdued than prior inauguration days.

A giant parade down Pennsylvania Avenue? Not likely.

Fancy balls? They may morph into virtual events.

The traditional luncheon where lawmakers offer best wishes to the new president? It might not include food this year.

What about the swearing-in itself? The inaugural platform on the Capitol’s West Front is going up just like always, but it probably won’t be as crowded.

“I think you’re going to see something that’s closer to what the convention was like than a typical inauguration,” President-elect Joe Biden said Friday, referring to the all-virtual event that marked his nomination last summer. “First and foremost, in my objective, is to keep America safe but still allow people to celebrate — to celebrate and see one another celebrate.”

For their convention, Democrats pulled together a made-for-TV mashup of homemade videos, speeches from classrooms and living rooms, and music played from afar, narrated by celebrity hosts.

Biden’s swearing-in itself will not be virtual. But guests should be prepared to socially distance and wear a mask. Lawmakers are also considering requiring a COVID-19 test for anyone on the platform near the president-elect, said Paige Waltz, a spokesperson for the joint congressional committee charged with overseeing the event.

The VIP platform can hold 1,600 people. Lawmakers also generally distribute tickets for positions nearby. While no hard decisions have been made, the committee is looking at cutting the numbers on both accounts.

“My guess is there will still be a platform ceremony,” Biden said. “But I don’t know exactly how it’s all going to work out. The key is keeping people safe. I can’t do a super version of the president’s announcement in the Rose Garden.”

That was an apparent reference to President Donald Trump’s Rose Garden introduction of Supreme Court nominee Amy Coney Barrett, where hundreds of people crammed together, many without masks. It turned out to be a superspreader of the virus.

Biden’s play-it-safe approach to the coronavirus during his campaign offers clues about what to expect in terms of inaugural modifications.

He said Friday that a “gigantic inaugural parade down Pennsylvania Avenue” was unlikely, although a big reviewing stand is being constructed in front of the White House.

No decisions have been made on whether the official inaugural balls should go forward. Some advocacy groups already are going virtual with their galas, including the Human Rights Campaign, a gay rights organization.

“Our goal is to democratize the inauguration party experience by holding a virtual event integrating our 3 million-plus members and supporters into the day’s events and breaking the traditional bubble of a Washington insider experience,” said Lucas Acosta, a spokesperson for the group.

The celebrity component of this year’s celebration has yet to be determined, but one source close to the inauguration suggested looking for hints in the lineup of celebrities who campaigned for Biden, including Lady Gaga, John Legend and Jon Bon Jovi.

Work to build the inaugural platform at the Capitol and the White House reviewing stand began before the Nov. 3 election, as is traditional. New this year: Congressional planners have invited lawmakers to record video messages for the president-elect and vice president-elect that can be played on Jumbotrons before the swearing-in.

After the ceremony, the president and vice president have traditionally attended a luncheon in National Statuary Hall that includes speeches, gifts and toasts. The event began in 1953, when President Dwight Eisenhower, his wife, Mamie, and 50 guests dined on creamed chicken, baked ham and potato puffs in the Old Senate Chamber.

This year’s format and venue are up in the air. One congressional aide familiar with the planning said it’s likely that food will be out altogether. Rather, the event would revolve around the speeches lawmakers make wishing the new administration well.

That committee oversees inaugural events held away from the Capitol, including the parade and balls. Tony Allen, president of Delaware State University, serves as CEO.

“This year’s inauguration will look different amid the pandemic, but we will honor the American inaugural traditions and engage Americans across the country while keeping everybody healthy and safe,” Allen said.

Plans for protests are underway, too.

A few groups have submitted requests for protest permits with the National Park Service. The Answer Coalition, made up of antiwar and civil rights organizations, plans a demonstration demanding “urgent action to save the environment, end war and prioritize money to meet people’s needs.” Let America Hear Us Roar For Trump is seeking a permit to “support our President.”

As for Trump, it’s unclear whether he’ll show up for the inauguration. He recently told reporters: “I know the answer, but I just don’t want to say it yet.”

Biden, asked if Trump should attend, said it’s important for the United States to show that competing party leaders can stand together, shake hands and move on. “It is totally his decision, and it’s of no personal consequence to me. But I do think it is for the country,” he told CNN.

That’s according to an inaugural official who spoke on condition of anonymity to discuss the work of the committee.

The contribution limits for Biden are far lower than those for Trump’s inaugural four years ago. He raised a record $107 million for his inauguration and accepted massive checks, including $5 million from Republican megadonor Sheldon Adelson.

The inauguration is normally an economic boon for the Washington region, with visitors typically required to book several days in a hotel and at premium rates to get a reservation. This year, there are more options than usual — a sign the inauguration is less of a draw.

“Given the pandemic, it’s good news that we’re hearing of some hotels being full already. But for the most part, there is still capacity in the city,” said Elliott L. Ferguson, president and CEO of Destination DC, the district’s marketing organization. 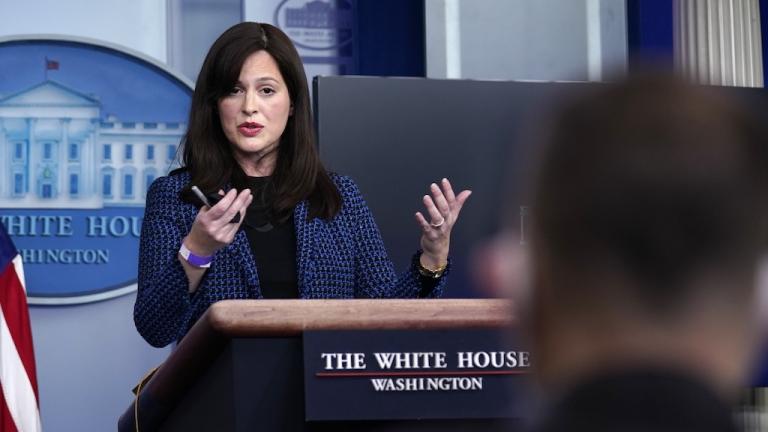 Massive Breach Fuels Calls for US Action on Cybersecurity