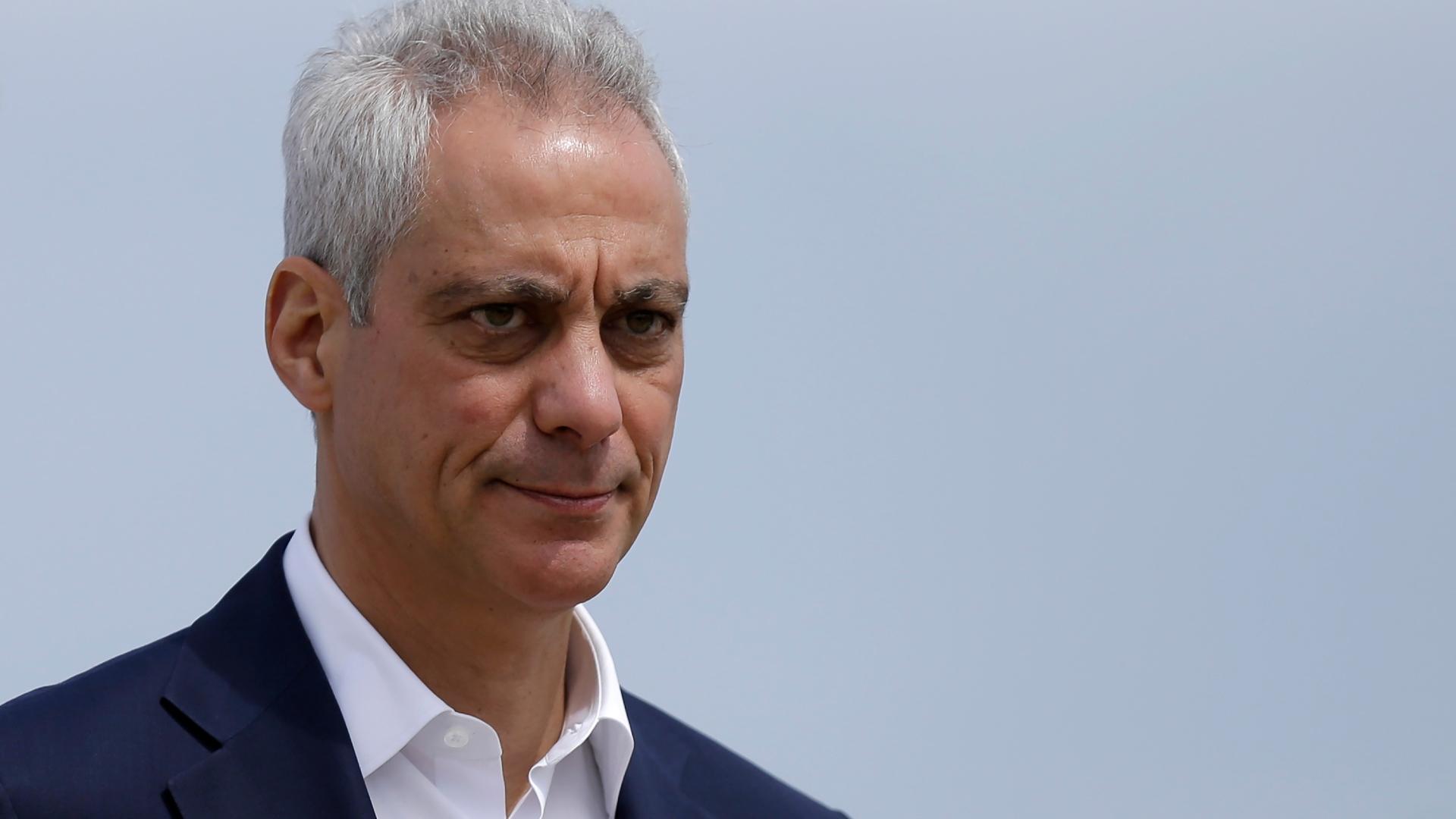 In this April 22, 2019, file photo, Chicago Mayor Rahm Emanuel waves as he arrives at a news conference outside of the south air traffic control tower at O’Hare International Airport in Chicago. (AP Photo / Kiichiro Sato, File)

Biden’s selection of his nominee to lead the Transportation Department is not believed to be imminent, and Emanuel is among multiple candidates in the running for the Cabinet position, according to people familiar with the matter who spoke on the condition of anonymity to discuss the private deliberations.

But his candidacy threatens to pull at the divisions among Democrats that Biden has largely managed to avoid as he begins to fill out his administration. Progressive leaders, including Rep. Alexandria Ocasio-Cortez of New York, have been especially vocal in criticizing the prospect of Emanuel joining the Cabinet.

Emanuel, a former three-term congressman who served as Barack Obama’s first White House chief of staff and was a senior adviser in Bill Clinton’s administration, has been a significant force in Democratic Party politics for much of the last three decades.

He turned reviving Chicago’s ragged public transportation system and overhauling the city’s two busy, worn airports into a top issue during his eight years as mayor. He is also credited with making Chicago one of the most bicycle-friendly cities in the country during his time in office.

But selecting Emanuel could be a tough sell to some in the progressive wing of the Democratic Party who are critical of his handling of the high-profile police shooting death of Laquan McDonald, a Black teenager killed by a white officer, during his time as Chicago’s mayor.

Whether Emanuel is ultimately picked could also be affected by other factors as Biden has placed a premium on building out a Cabinet and team of senior advisers from a diverse set of backgrounds, according to people familiar with the matter.

The Biden transition team did not respond to requests for comment.

Allies of Emanuel in the Illinois congressional delegation have made the case to Biden transition officials that Emanuel’s knowledge of Congress and breadth of experience on big transportation projects during his eight years as mayor of the nation’s third-largest city would make him an effective leader at the Transportation Department.

Rep. Mike Quigley, a Chicago Democrat who replaced Emanuel in Congress when he left to work for Obama, said Emanuel’s “tough, no nonsense” posture could make him an effective member of the new Cabinet as the Biden administration will immediately face major challenges with the pandemic and the economy.

“There is no honeymoon period,” Quigley said. “The administration needs people like Rahm who know how to get things done.”

Some of the city’s Black elected officials are also vouching for him.

“Here’s a guy who understands government at all levels,” said Michelle Harris, a Chicago alderman who represents a predominantly Black ward on Chicago’s south side that benefited from Emanuel’s push for Chicago Transit Authority modernization. “He’s the perfect candidate for the job. You don’t get many candidates that have more experience on how government works. He can start running day one. He’s not going to be crawling or walking. He’s going to be running.”

Emanuel announced in September 2018 that he would not run for a third term as Chicago mayor, citing a desire to step away from the hectic life of elected office.

The decision came as he saw his popularity erode in the city’s large African American community following the McDonald police shooting.

The death of McDonald, who was shot 16 times, became a touchstone moment in the ongoing national conversation about racial injustice. Emanuel said he did not see the grisly video until it was set to be made public in November 2015.

Still, he faced rebuke from some Black leaders in the city who accused him and his administration of covering up the shooting. The city agreed to pay a $5 million settlement to McDonald’s family before they could file suit. The former officer, Jason Van Dyke, was convicted in 2018 of second-degree murder and 16 counts of aggravated battery with a firearm and sentenced to six years and nine months in prison.

Emanuel denied the coverup allegations. He also embraced a series of reforms in the city’s police department, including a federally court-monitored consent decree to ensure that changes were carried out.

Backers of Emanuel say his efforts to revamp the Chicago Transit Authority’s “L” system, including significant swaths of the city’s predominantly Black neighborhoods, as well as adding more than 100 miles (161 kilometers) of protected bike lanes, should make him a leading candidate for the post.

During his time as mayor, Chicago saw $11 billion in airfield, terminal and infrastructure investments at the city’s airports. His administration also secured more than $4.6 billion in federal funding for Chicago transit, including the modernization of the city’s iconic train system. His allies noted that Emanuel’s push to rehab transit included hiring more than 1,000 nonviolent ex-offenders to work on projects.

“I can’t debate some of the opinions or assertions about him,” said Michael Scott Jr., a Chicago alderman who represents a ward on the city’s west side that has benefited from the modernization under Emanuel’s watch. “What I am concerned about are things that will be impacted in neighborhoods like the one I serve. I know the ability of him to get the work done if he’s put in that spot.”

Still, some progressive House Democrats have already made clear they are vigorously opposed to seeing Emanuel in a Biden White House.

“What is so hard to understand about this? Rahm Emanuel helped cover up the murder of Laquan McDonald. Covering up a murder is disqualifying for public leadership,” Ocasio-Cortez tweeted last week. “This is not about the ‘visibility’ of a post. It is shameful and concerning that he is even being considered.”

Cori Bush, an incoming Democratic congresswoman from Missouri, added that “the thing about covering up the murder of Laquan McDonald is that it disqualifies you from holding any type of public office. Forever.”

As members of the House, neither Ocasio-Cortez nor Bush has a vote in a Senate confirmation, though their voices hold weight with a segment of voters who helped Biden beat President Donald Trump.

Matt Bennett, executive vice president at the center-left think tank Third Way, predicted that opposition by some on the left to Emanuel would have little impact on whether Biden would ultimately pick Emanuel to serve in his Cabinet.

“There will be a lot of bellyaching by some on the left, but I think he can get past that if (Biden) picks him,” Bennett said. “Elections have consequences and so do the nominating elections. We voted for Joe Biden and not Bernie Sanders. If you don’t like it, work harder next time. You don’t get to dictate after losing a hard-fought primary who the winner chooses to serve in their Cabinet.” 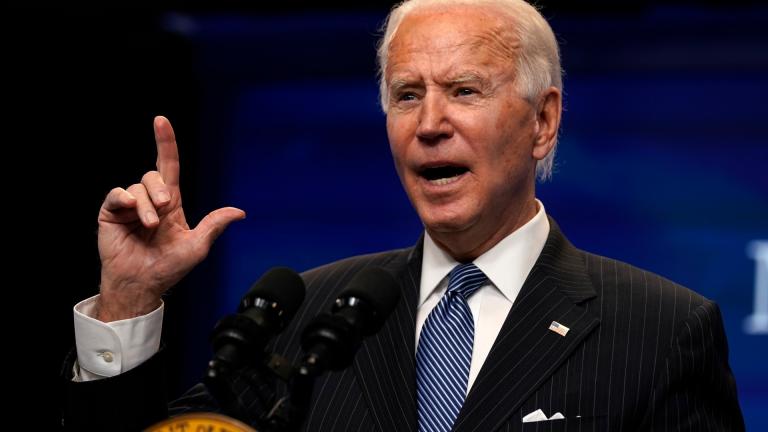