Thanksgiving Vandalism: ‘Land Back’ Sprayed on US Statues 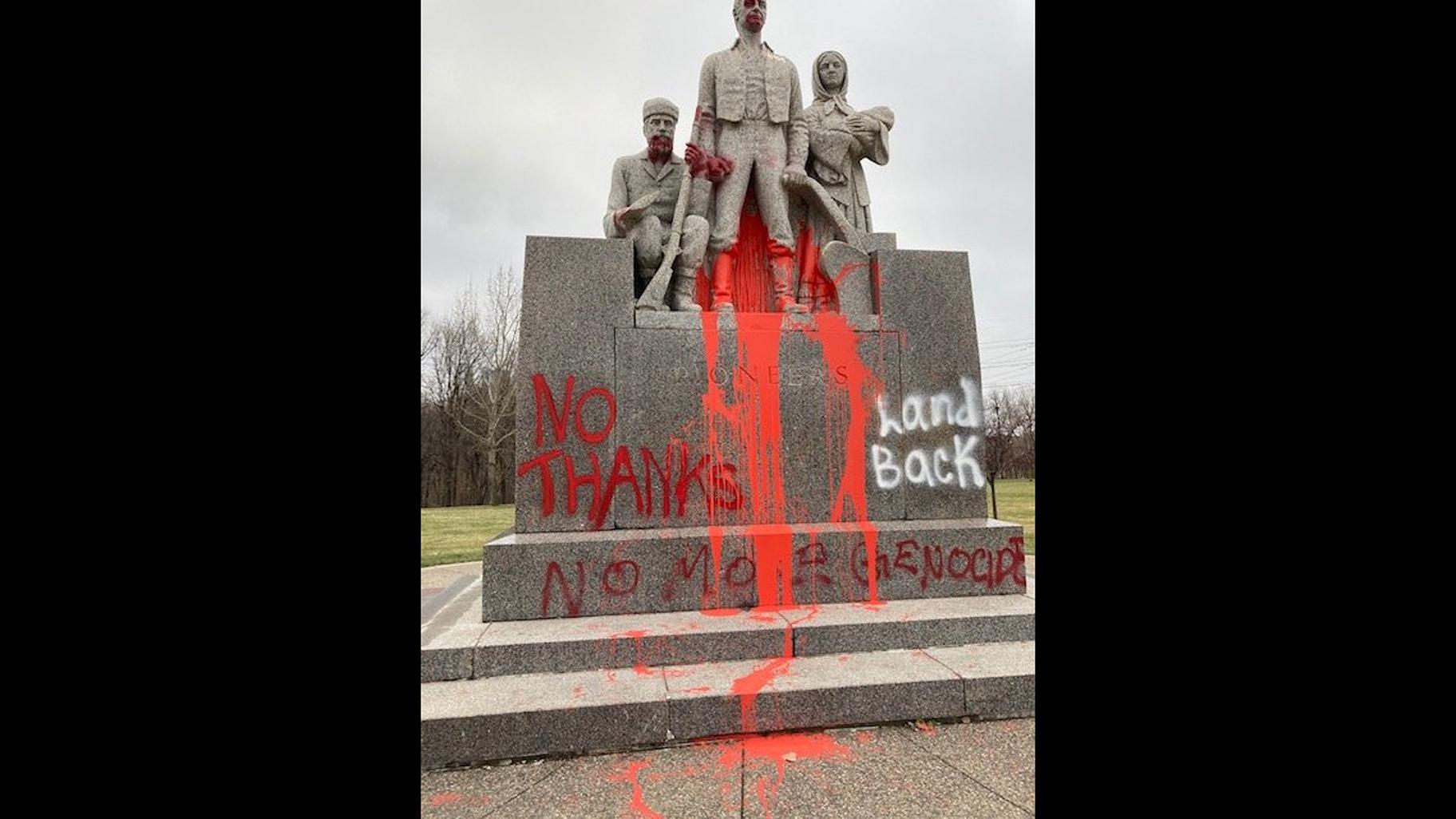 (CNN) — Statues of three United States Presidents, a “Pioneers Statue” and numerous storefronts were targeted by vandals on Thanksgiving, with “land back” graffitied on some of the property.

Vandals damaged the Pioneers Statue in BF Nelson Park in Minneapolis, spray-painting the words “no thanks,” “no more genocide,” “decolonize” and “land back” on it, Dawn Sommers, spokeswoman for the Minneapolis Park and Recreation Board, told CNN.

The Pioneers Statue has been the subject of criticism and controversy before, she said.

A statue of George Washington was toppled and graffitied in Washburn Fair Oaks Park in Minneapolis, Sommers added. The damage was discovered on the afternoon of Nov. 26.

“The MPRB is working together with the community to address and respond using a racial equity lens to determine next steps,” she said in a statement.

In Chicago, a statue of former President William McKinley was vandalized at around 4 a.m. Wednesday morning.

“A rope was thrown around it in an attempt to bring it down with a vehicle,” a spokeswoman for the Chicago Police Department told CNN.

The phrase “land back” was seen graffitied on the pedestal of the statue in video provided to CNN by affiliate WBBM.

In Portland, Oregon, three people were arrested after they spray painted and broke windows in at least 10 businesses in the early morning hours of Nov. 26, police said in a statement. 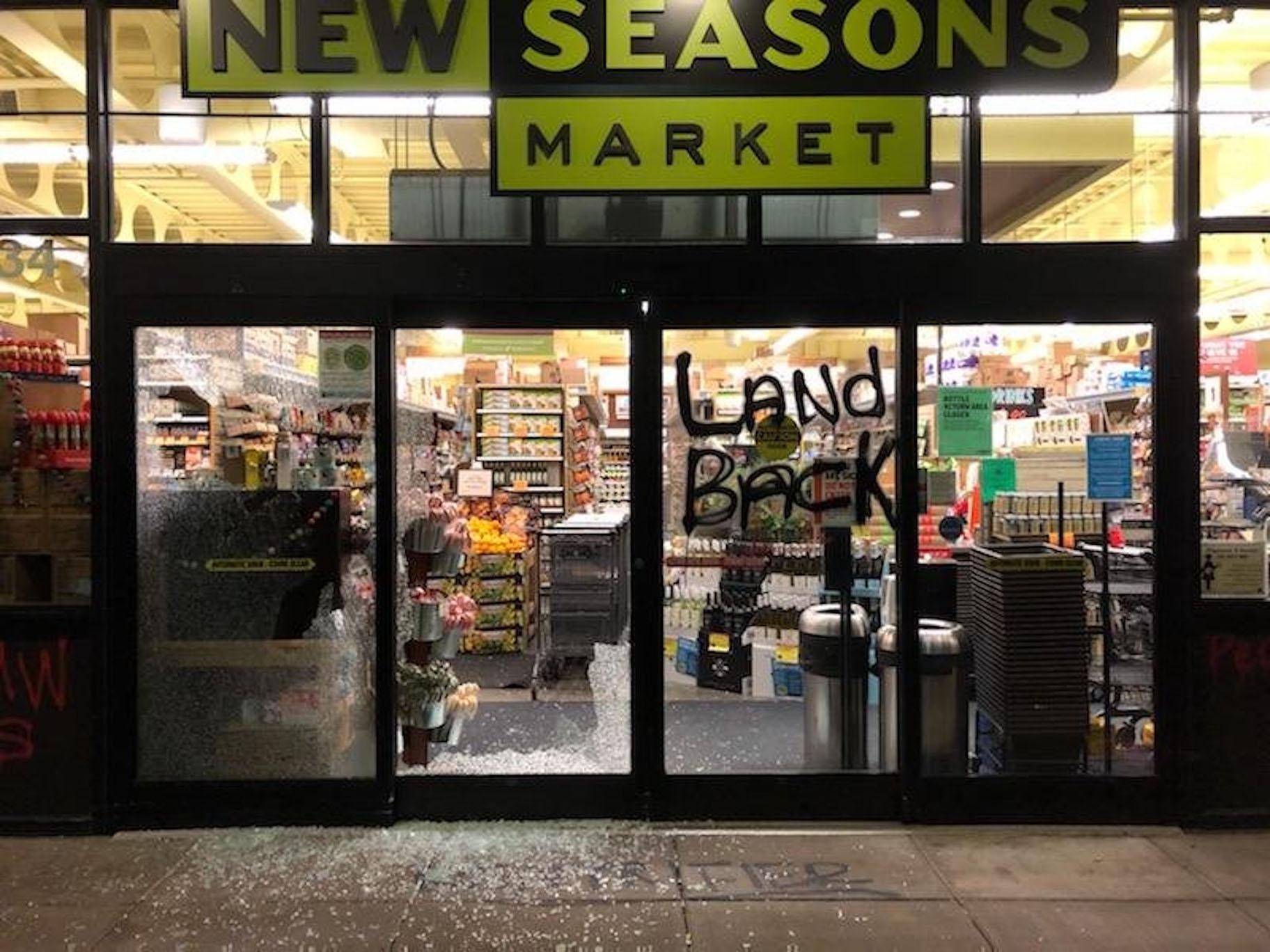 In images provided by police, the words “land back” can be seen spray painted on at least two stores.

And in Spokane, Washington, police say that a statue of former President Abraham Lincoln was splattered with red paint. Police discovered the damage just after midnight on Nov. 26, officer Terry Preuninger told CNN.

No arrests have been made in the Minneapolis, Spokane and Chicago incidents.

The fourth Thursday of November is recognized by some as a “National Day of Mourning” to mark the theft of Native Americans’ tribal lands, rights and sovereignty.

A plaque in Plymouth, Massachusetts, near the site of the 1621 meal shared by Pilgrims and an indigenous tribe, reads: “Thanksgiving Day is a reminder of the genocide of millions of their people, the theft of their lands, and the relentless assault on their cultures. Participants in National Day of Mourning honor Native ancestors and the struggles of Native peoples to survive today.”