Mayor Lori Lightfoot made her closing argument for her budget on Monday, urging aldermen to support the plan she crafted to close a $1.2 billion budget deficit in 2021, which she said would start to repair the economic devastation caused by the coronavirus pandemic.

The mayor, facing perhaps the biggest challenge of her first term in office, called on aldermen to join her and help the city “rise up and meet the challenge and build a pathway” through the pandemic’s wreckage.

“There were no easy decisions here,” Lightfoot said in a more than six-minute-long video posted to her official Twitter account. “I think this is probably the most challenging budget, perhaps ever.”

Lightfoot is likely to face an unprecedented number of dissenting votes at the meeting set to start at 10 a.m. Tuesday to approve the budget — perhaps as many as 20 — from those reluctant to approve a spending plan that includes a $93.9 million property tax hike, a 3-cent per gallon gas tax hike and a $1.7 billion debt refinancing plan that will return the city to the era of scoop and toss, a budget-stretching tactic reviled by fiscal watchdogs as a costly gimmick.

Most of the opposition to Lightfoot’s budget is likely to come from two sources: aldermen who represent wealthy wards in the city, where the residents will bear the brunt of the property tax increase, and progressive aldermen who wanted Lightfoot to reduce spending on the police department and revamp the city’s approach to public safety.

During negotiations over the 2021 budget with the Black Caucus, Lightfoot warned aldermen not to come to her if they vote against the budget — raising concerns that she would seek retribution from those who dissent.

During an interview Monday on “Chicago Tonight,” Black Caucus Chair Ald. Jason Ervin (28th Ward) said he and the other members of the caucus were not cowed by the threat — even though he plans to vote for the spending plan, along with the majority of his caucus.

To smooth the budget’s rocky path through the City Council’s committees, Lightfoot was forced to act more like an old-school politician accustomed to wheeling and dealing in smoke-filled rooms than as a reformer, in keeping with the persona she cultivated first as a candidate for mayor and then from the fifth floor of City Hall.

After an outcry from aldermen and leaders of organized labor, Lightfoot axed plans to lay off 350 workers in March. In addition, only nonunion employees who earn more than $100,000 will have to take a five-day furlough — rather than those earning more than $50,000.

Lightfoot has painted the property tax hike as moderate — and unavoidable.

“We have to stand up and make the right calls now and not kick the can down the road,” Lightfoot said.

But even as Lightfoot is poised to notch a significant victory Tuesday with the passage of the budget, her relationship with many aldermen — if not most — remains strained.

Ald. Rossana Rodriguez Sanchez (33rd Ward) said on “Chicago Tonight” that Lightfoot fell far short of the standard she set when she unveiled her spending plan by vowing to make this City Council budget season “a model for the nation on how, democracy, messy as it always is, can also be filled with efforts to build bridges to each other and continue on our path toward that more perfect union.”

Rodriguez Sanchez said she was disappointed that there was not a more robust debate over her proposals — and others backed by progressive aldermen.

In response to pressure from Rodriguez Sanchez and other aldermen, Lightfoot agreed to earmark $500,000 to test a program that will respond to mental health calls without law enforcement agents.

But $1.3 million is earmarked to test a program in two police districts that will dispatch a team of social workers, police officers and paramedics in response to calls for help involving someone experiencing a mental health crisis.

Rodriguez Sanchez said she plans to vote against the budget, likely along with four other aldermen who are members of Chicago chapter of the Democratic Socialists of America.

Fellow DSA member Ald. Andre Vasquez (40th Ward) said he plans to vote yes, because the city had no other options to cope with the economic collapse caused by the coronavirus.

Ald. Brian Hopkins (2nd Ward) said he plans to vote against the budget because of the property tax hike. The total property tax increase, equal to 1.3% of a property’s value, will add $56 per year to the tax bill for the owner of a home worth $250,000.

But wealthy Chicagoans — like those in Hopkins’ ward — have homes worth much more, and could pay more than double that amount if the hike is approved by the City Council.

Instead, the city should count on a future settlement from opioid drug makers to make up the gap, he said.

Ervin, who plans to vote for the budget, said the city had to address the structural imbalance in its budget, as expenses outpace revenues by a wide margin. That imbalance is due in part to the fact that the city will have to spend an additional $1 billion between 2019 and 2022 to put its four pension funds on firmer financial ground. 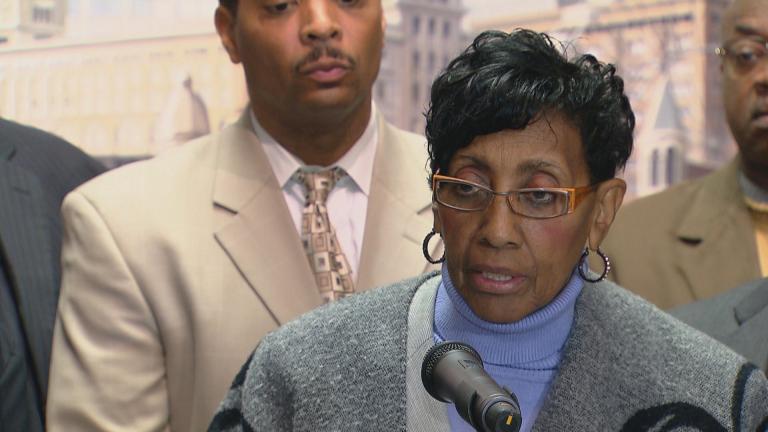