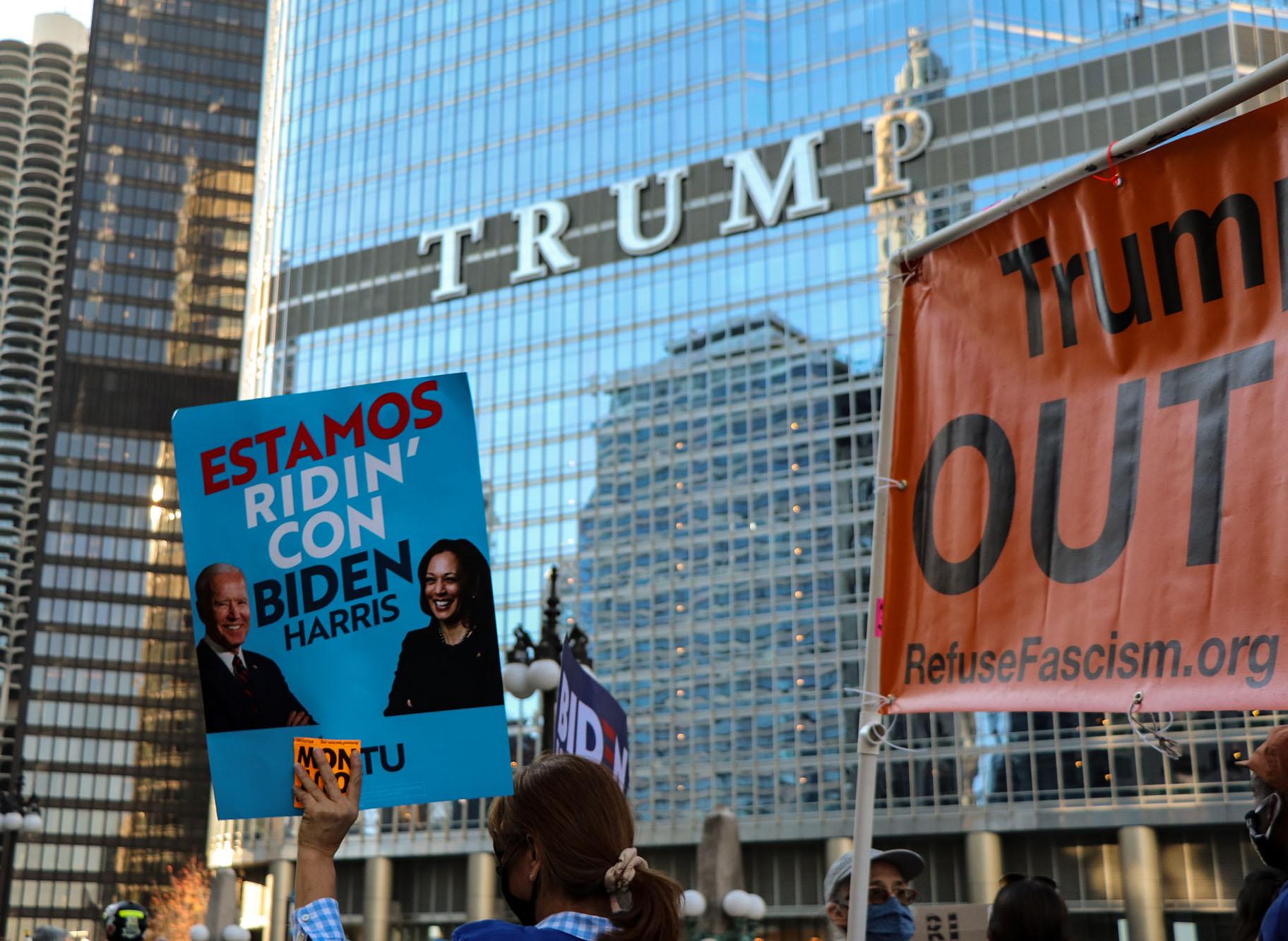 As news spread Saturday of Joe Biden’s victory over President Donald Trump, Chicagoans took to the streets in protest and celebration, shaking off the tense energy and uncertainty that has followed in the wake of Tuesday’s election.

News of Biden’s win emerged around 10:30 a.m. Saturday after the former vice president won the battleground state of Pennsylvania — and all of its 20 Electoral College votes — securing his path to the presidency.

Hours later, Lisa Kornick and her daughter Rose posed for a photo in the Loop near Trump Tower. Their smiles, they said, were signs of relief. 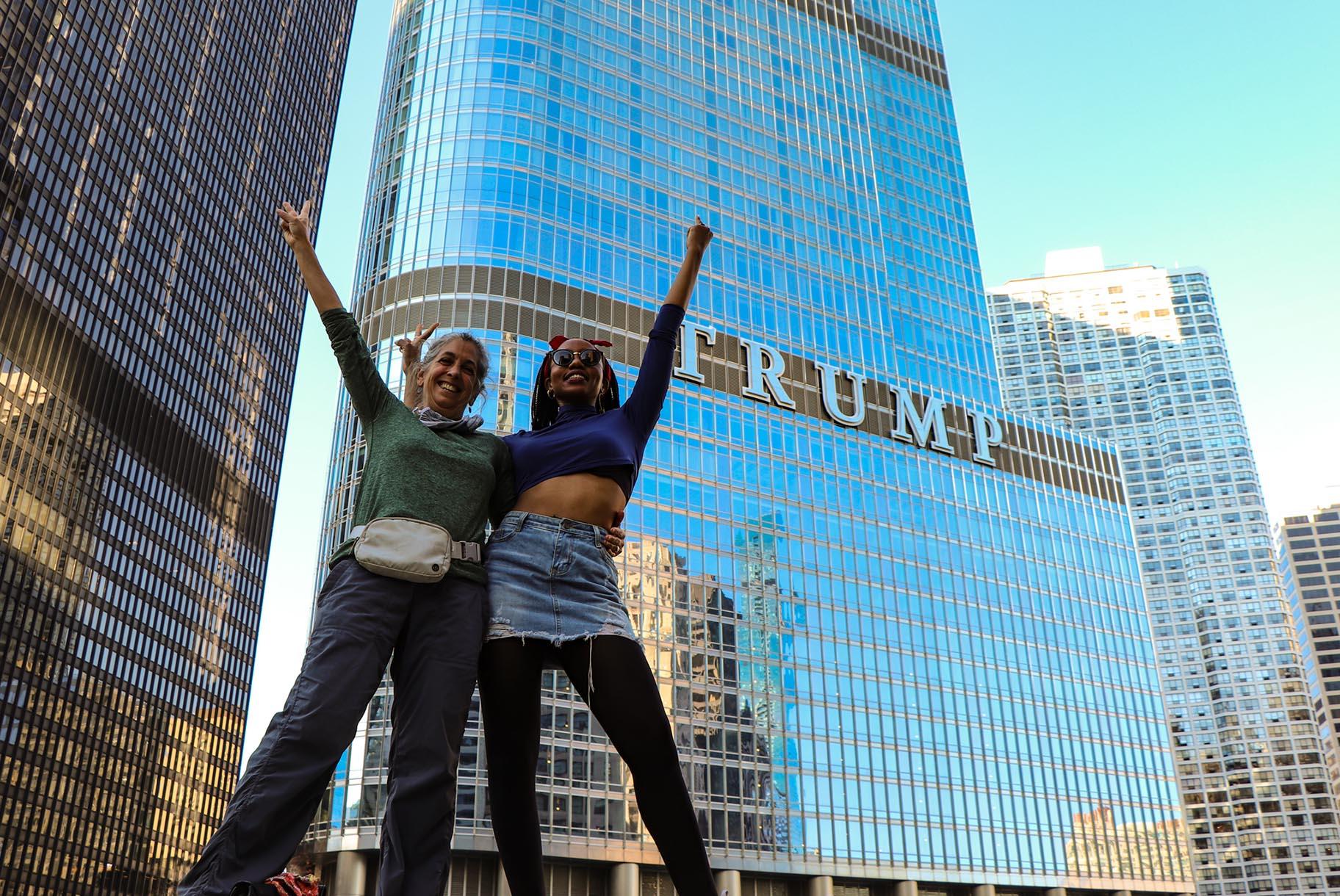 “I’m a woman, a woman of color, a refugee, I’m an immigrant, I feel like all my values were in danger,” said Rose, who asked that her last name not be used. “I went out there, I voted and I’m just really, really happy that we elected someone who will respect those values.”

The scene in the Loop resembled a giant block party. People danced, sang, performed, all while waving a myriad of signs. 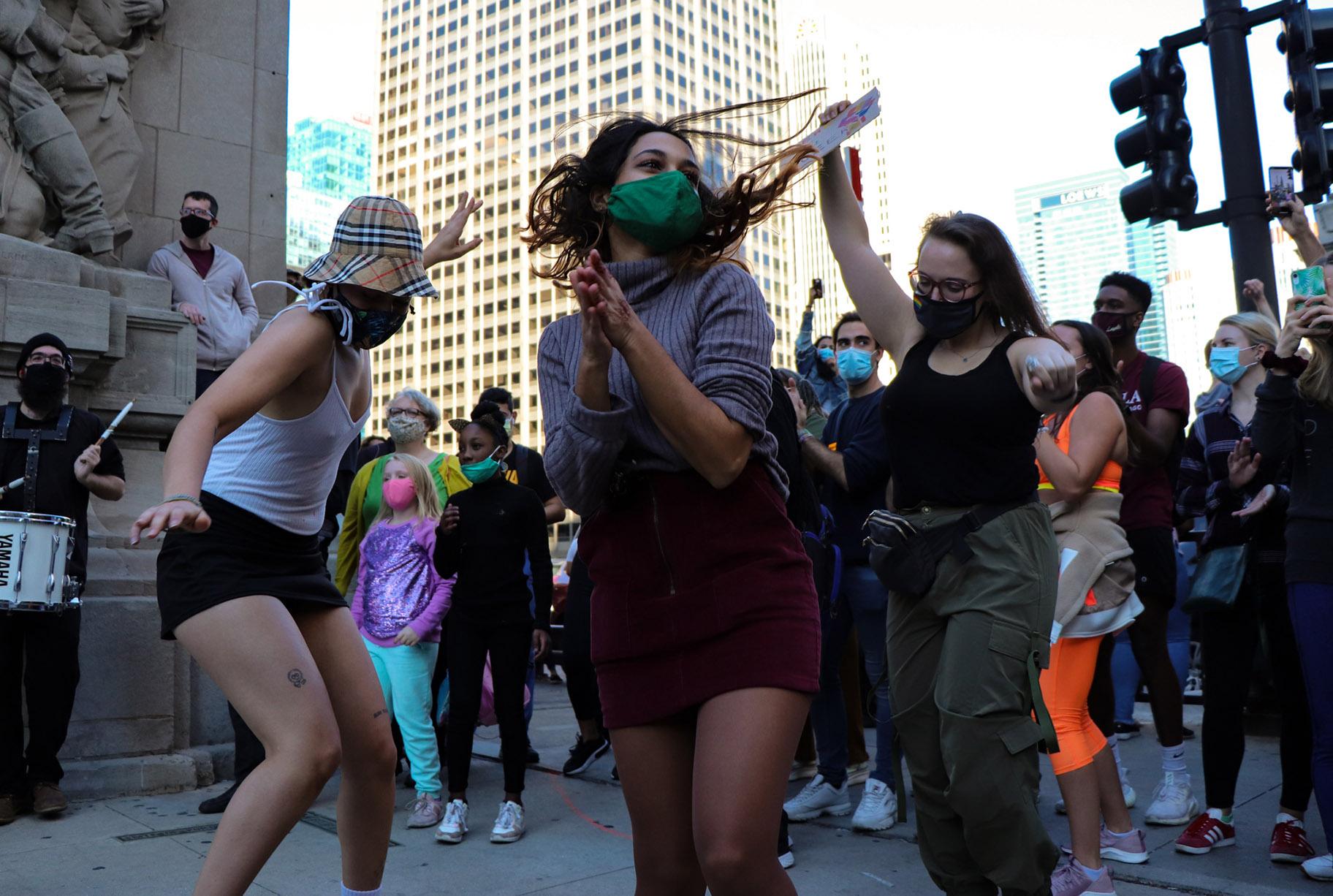 “Everyone hates you, Donald!” a man screamed from the window of a passing car as onlookers laughed and cheered.

‘We’ve given so much’

A protest in Union Park in the West Loop early Saturday afternoon was initially intended to protest Trump and demand that every vote be counted, but turned into a celebration once news of Biden’s victory spread.

But participants also had a message: defeating Trump is just the first step in a long road to holding the president-elect accountable and creating change within the U.S. 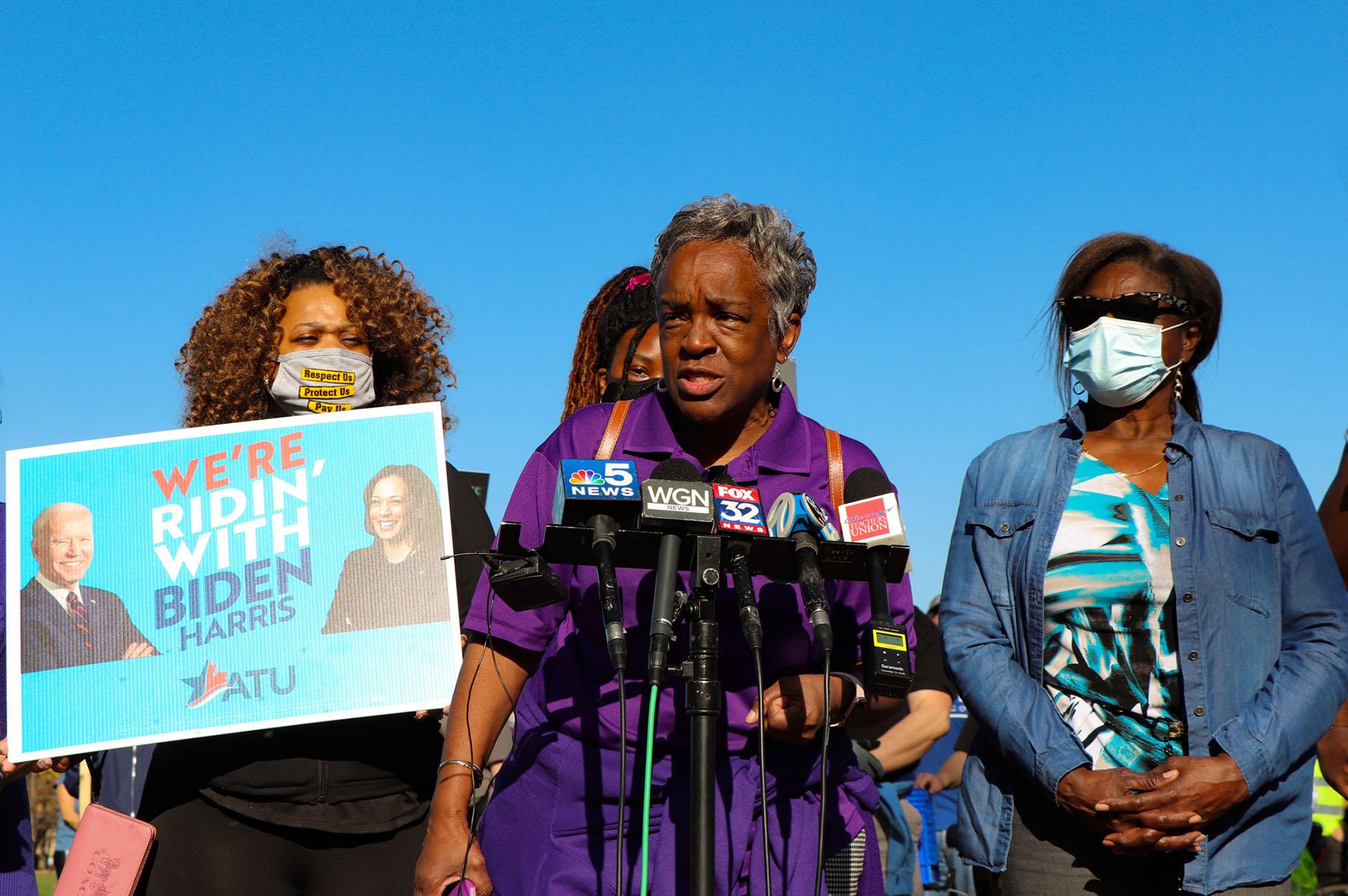 While Trump’s defeat was accomplished in part by a historic voter turnout — as of Nov. 6, Biden had received more votes than any other presidential candidate — community organizers said the victory was only possible due to grassroots efforts by Black and Brown organizers across the country. 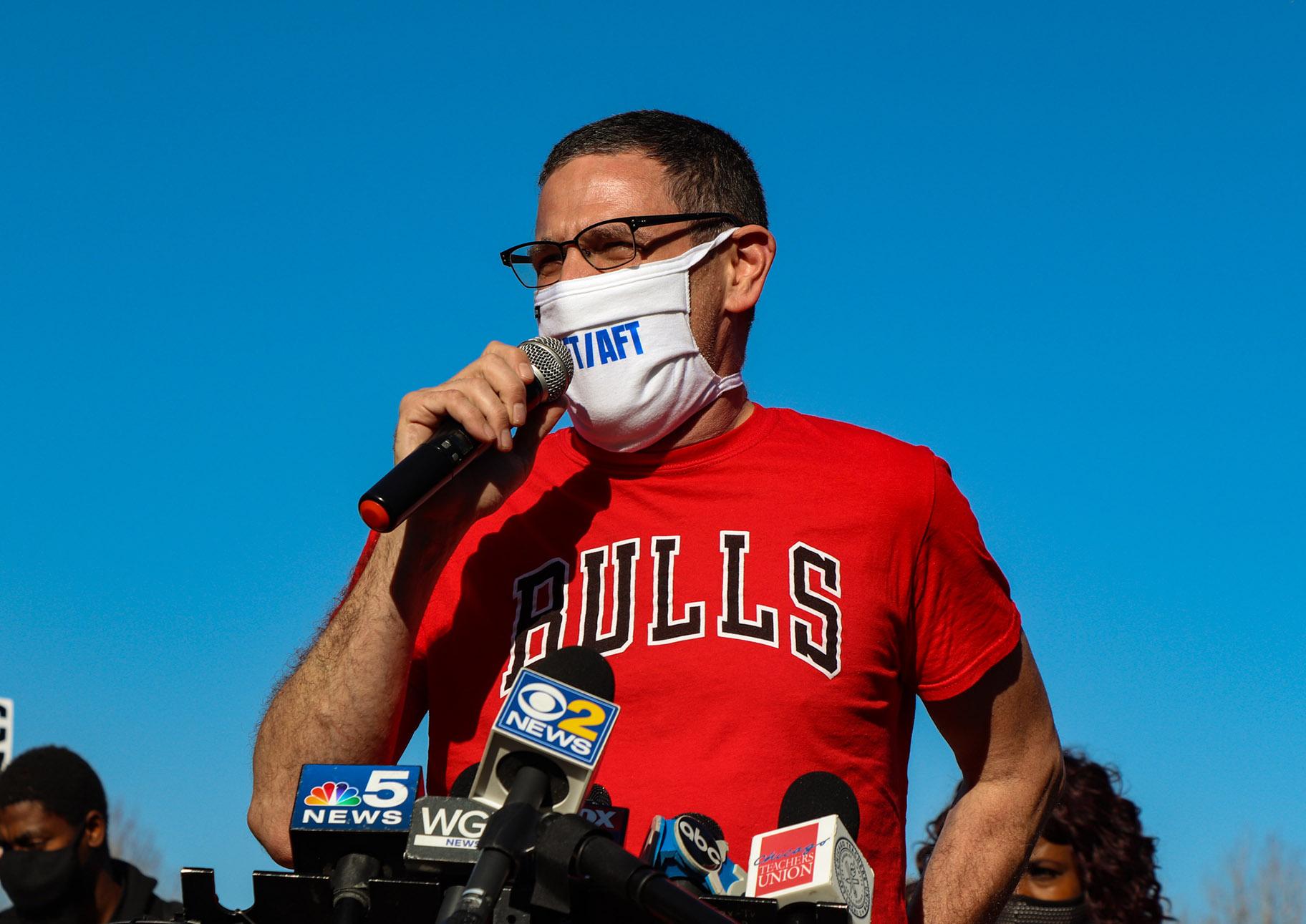 “I wanna be clear that we don’t ultimately depend just legal mechanisms and votes by themselves to defund democracy, ultimately, it’s the people that defend democracy,” said Chicago Teachers Union President Jesse Sharkey. “It’s our own willingness to put your own voices, to come together, to organize, to be strong, to put our bodies on the line if that’s what it takes to make sure that our will is reflected in this country. We have a long ways to go.” 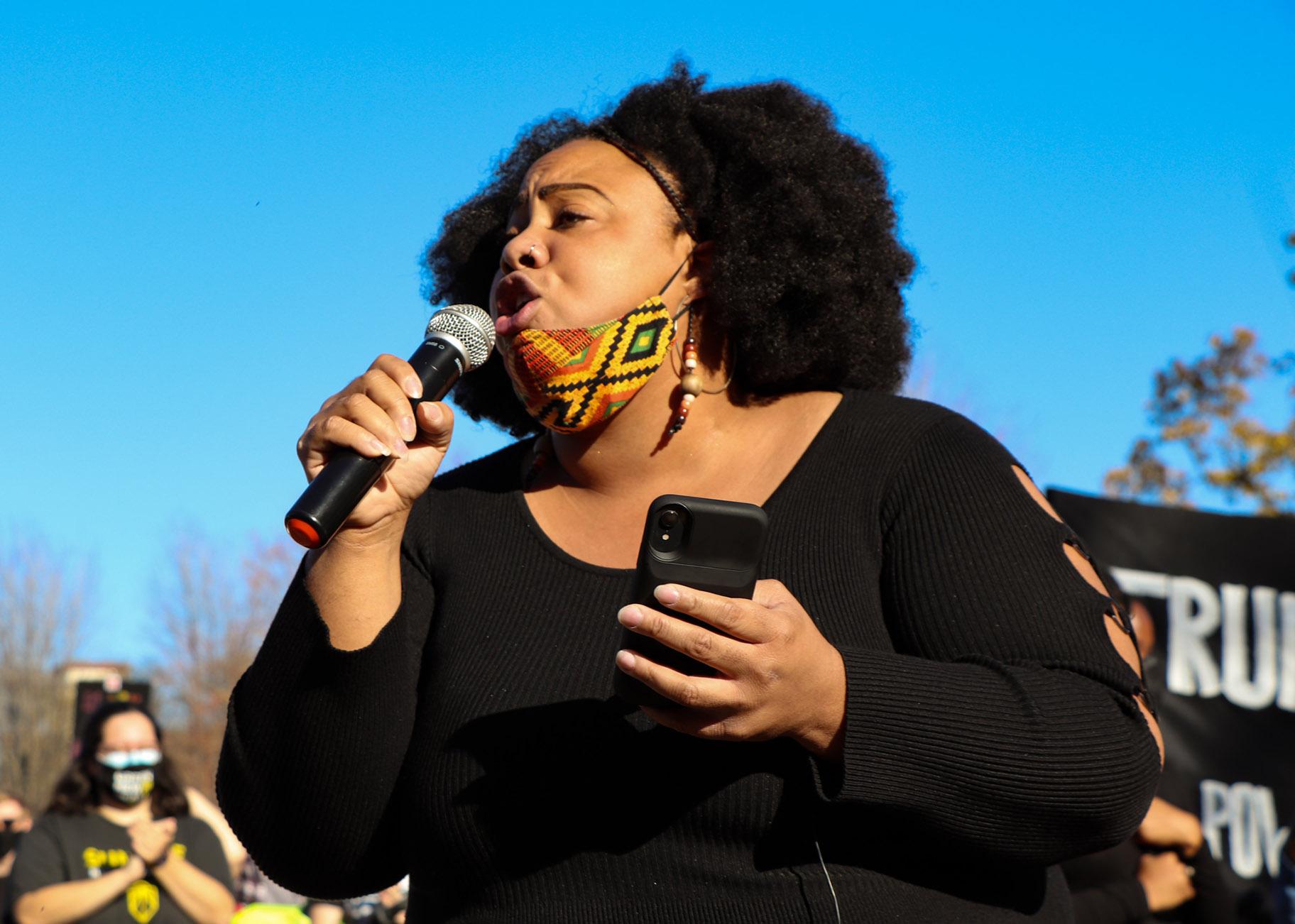 She said that while she was glad to see Trump defeated, she wished she did not have to decide between two white men, whose ideologies differ from her own and that of community organizers.

“We didn’t vote for or against our savior in this election,” said Watkins. “Black women have once again swept in and saved the preverbal asses of America. If you walk by a Black woman today, you better stop and thank her,” she said.

More photos from celebrations on Saturday: 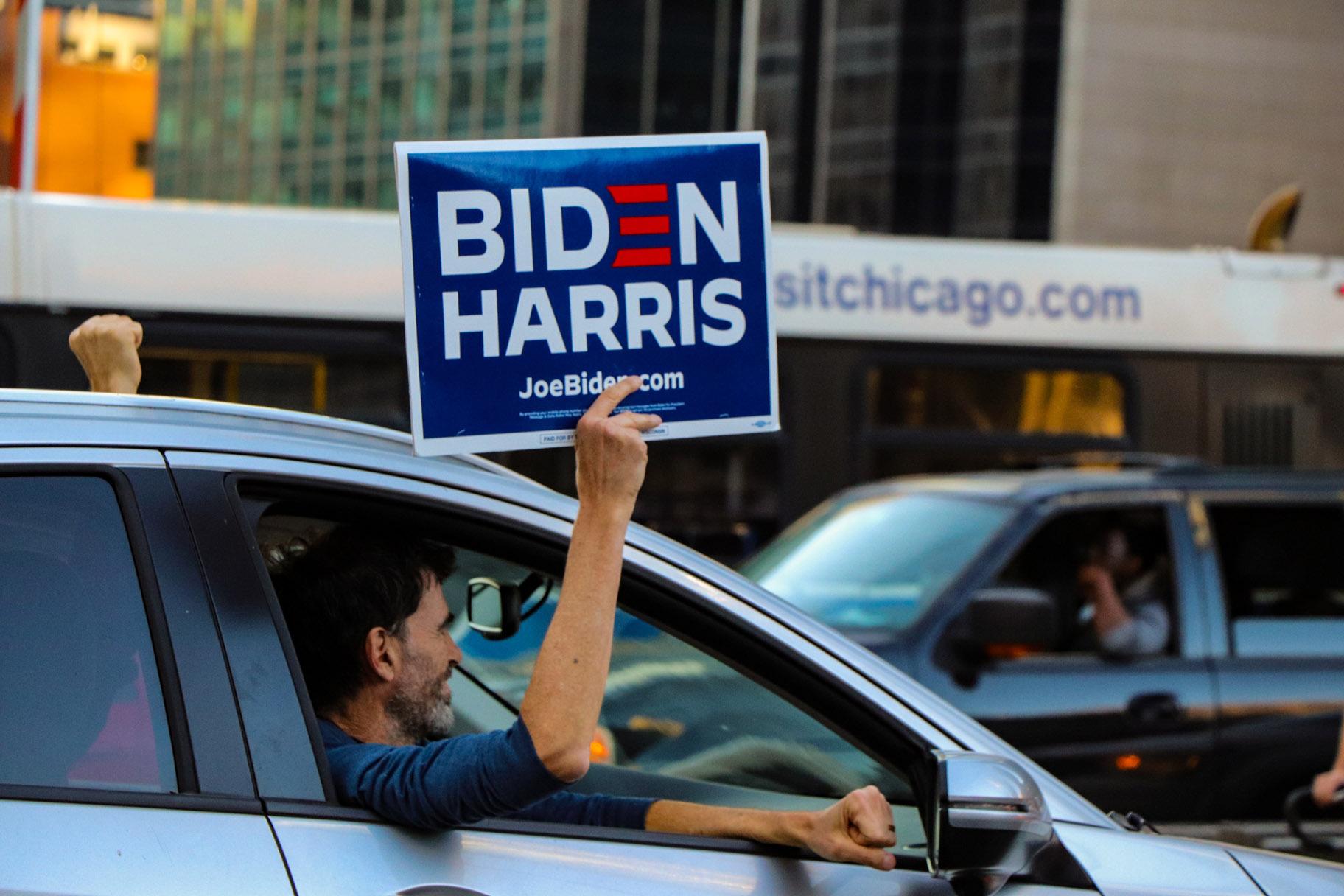 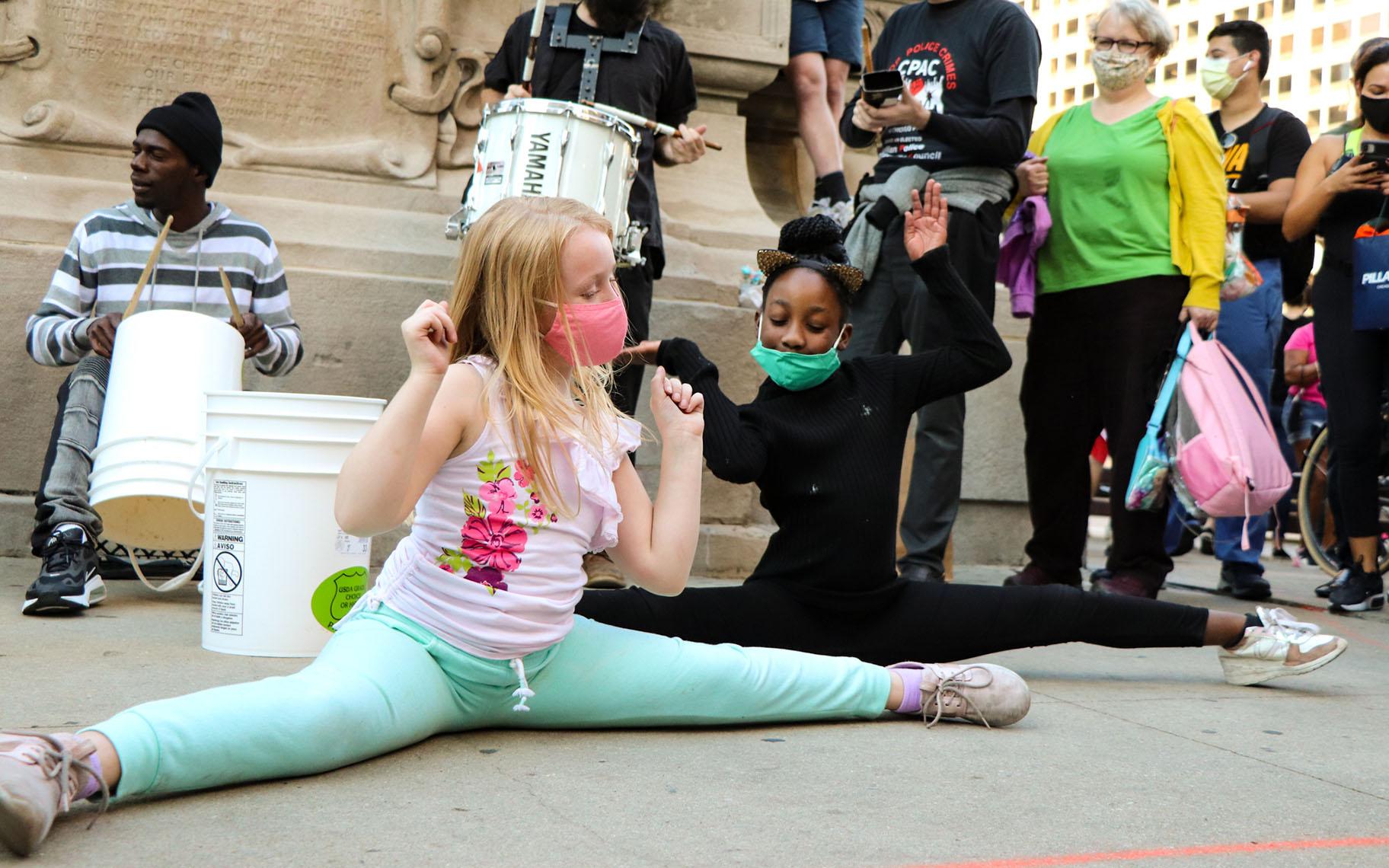 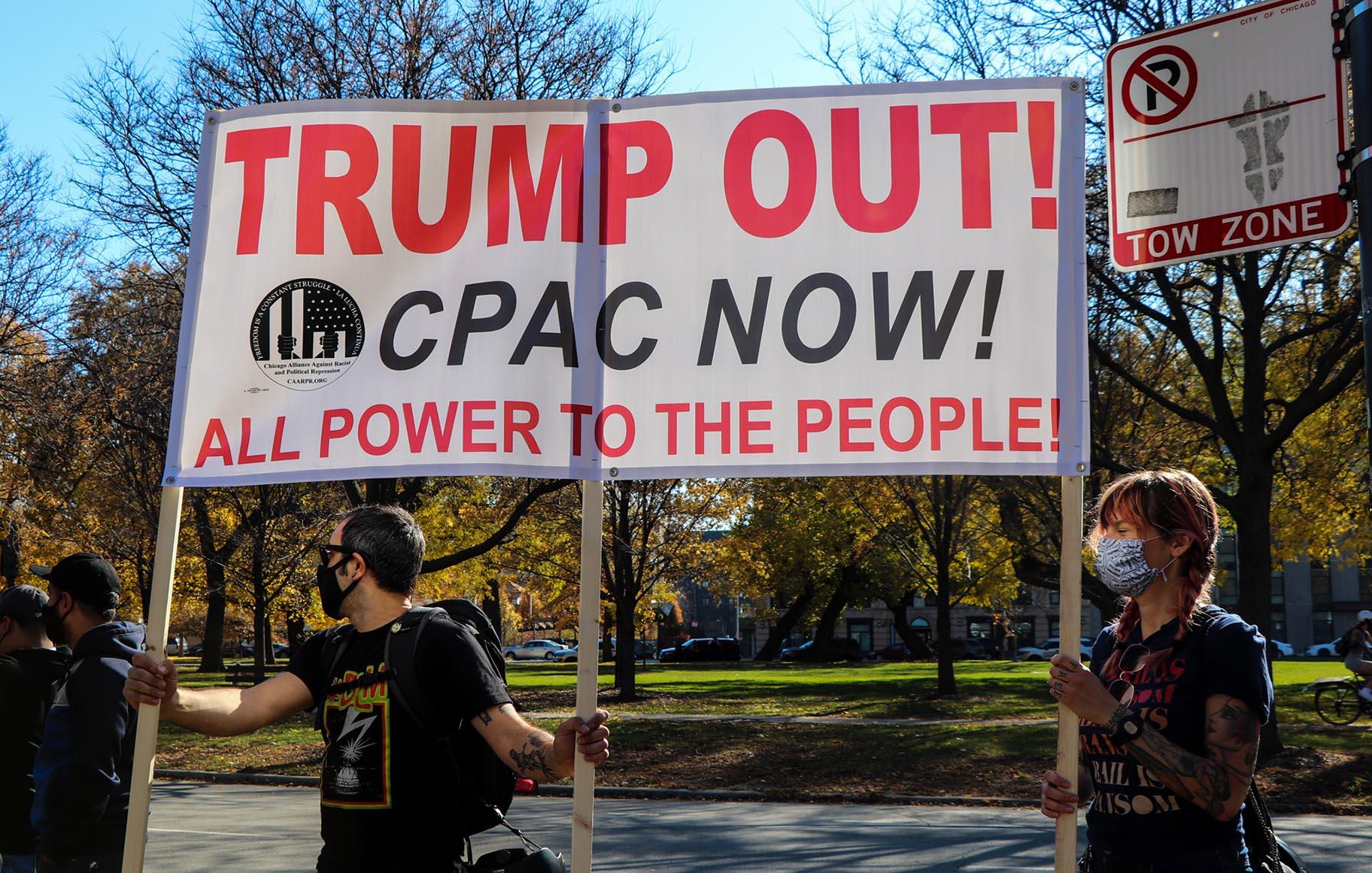