Perhaps the most hotly contested race on Illinois ballots this year isn’t between two candidates. It’s a fight over income tax rates. Specifically: whether the state should go from a flat income tax to a graduated tax, with rates based on how much residents earn.

Groups on both sides of the issue have been spending huge sums of money to argue their points, with a major advertising push on TV, online and by mail.

If passed by voters, the amendment to the state constitution would give lawmakers the power to set different tax rates for different categories of earners rather than a flat rate, currently set at 4.95%.

Here are the proposed rates: 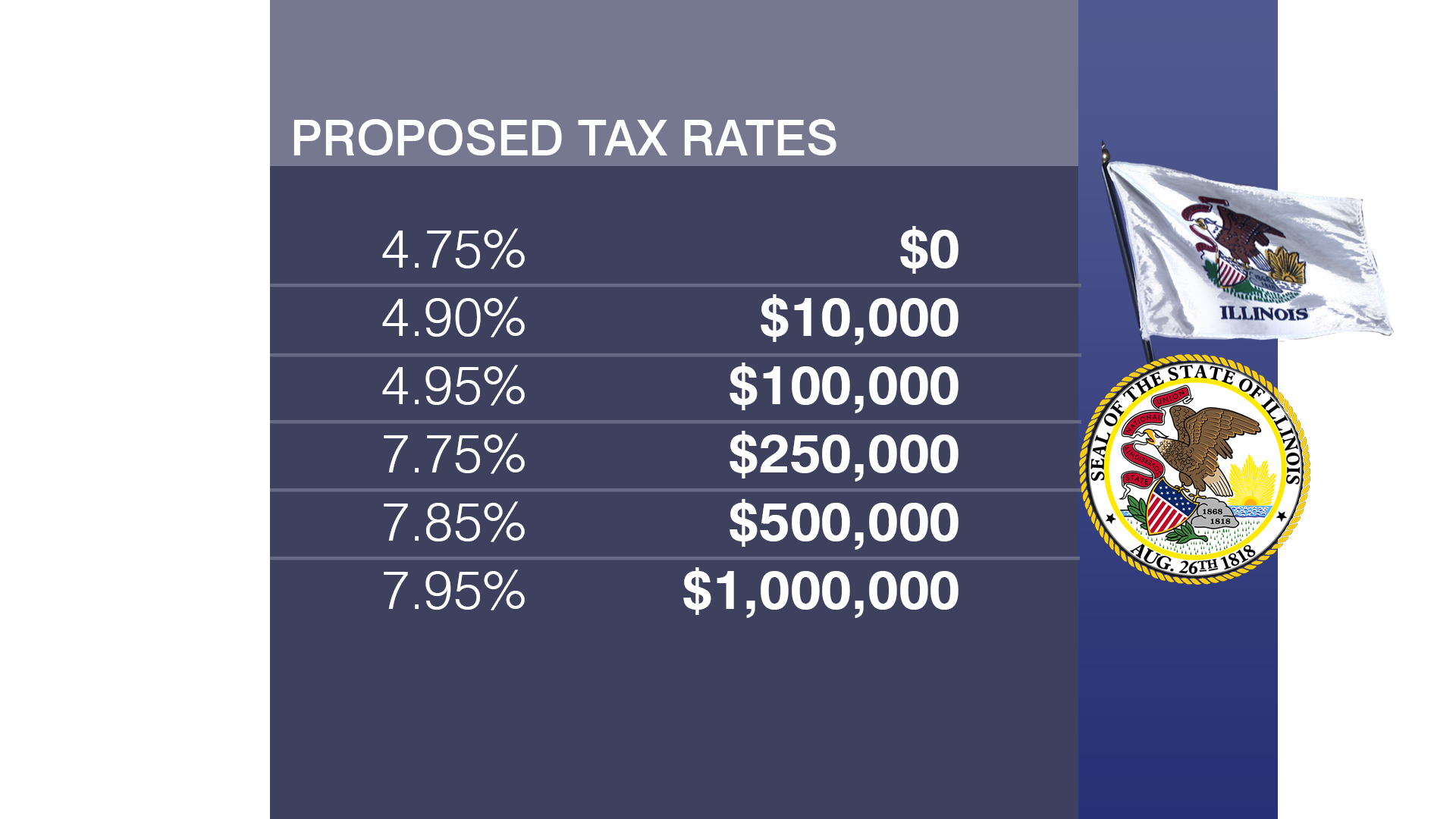 “Anybody who makes $250,000 a year or less in taxable income, including small business owners, after subtracting expenses, will get a cut. Only the 3% of taxpayers above that will pay a little more,” said John Bouman, chairman of the group Vote Yes For Fair Tax and former president of the Shriver Center on Poverty Law. “It will ask the higher income people to pay their fair share, with reasonable relationship to people’s ability to pay, and it will generate desperately needed income for the state on shared priorities like education and health care.”

RELATED: What Voters Need to Know About the ‘Fair Tax’ Amendment

“This is not about who gets taxed and how much. This is specifically about giving Springfield politicians the power to make that determination on their own, to set the amount that each income category has to pay,” said Tony Duncan, who serves on the ballot committee of the Stop the Proposed Tax Hike Amendment group and owns Body Science personal training in Kenilworth. “It’s important to point out that this is the worst time to raise taxes, and that people are fleeing our state faster than anywhere else in the Midwest.”

But Bouman says as Illinois grapples with the coronavirus, the amendment would mean a tax cut for many essential workers. 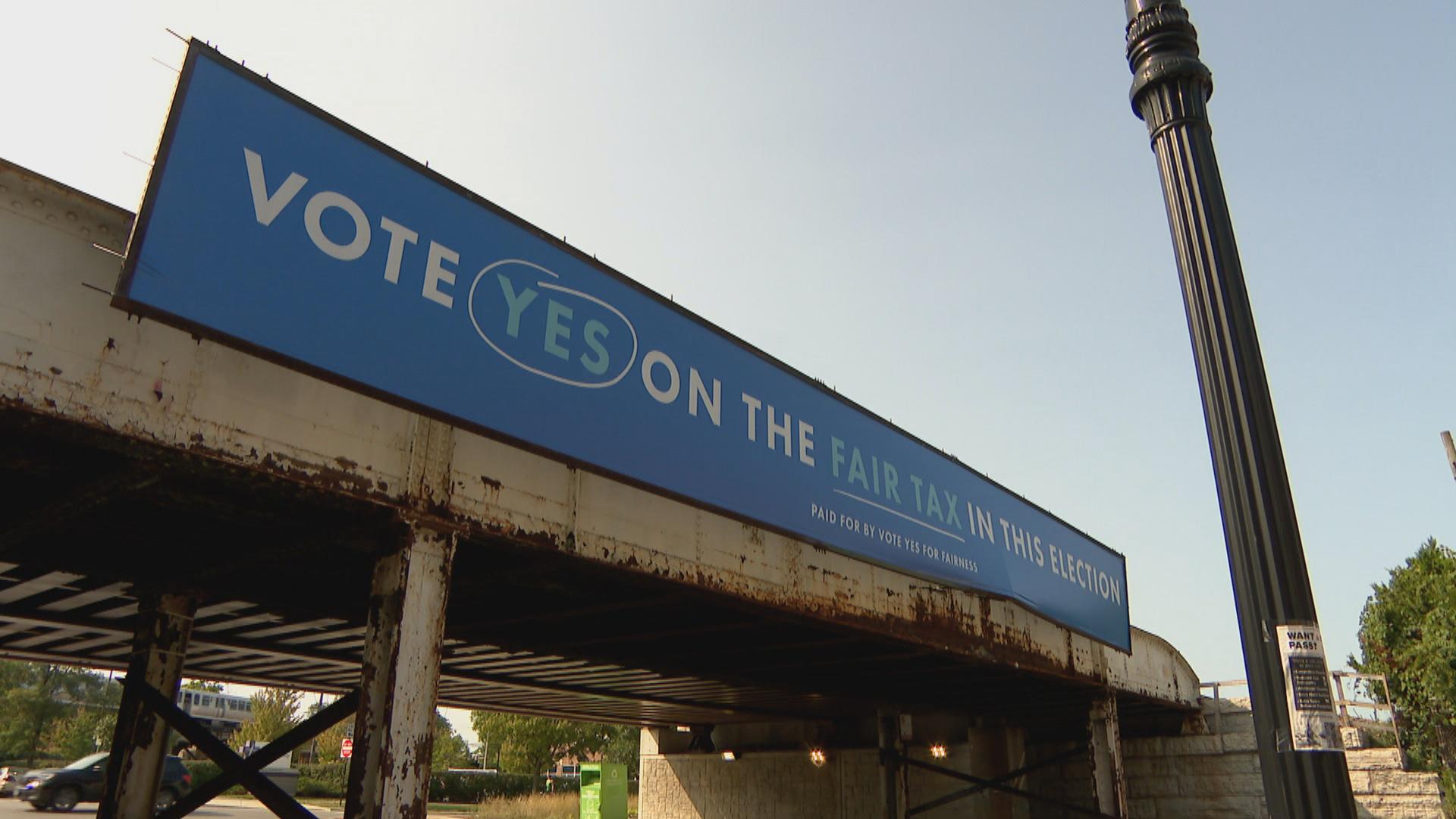 A billboard in Chicago promotes voting in favor of the so-called fair tax in the November election. (WTTW News)

“It’s just not a tax hike for 97% of the people in the state, including the nurses and grocery clerks and everybody else working so hard during the pandemic,” Bouman said. “The Institute of Taxation and Economic Policy in Washington did a study. Over the last 20 years, because of the flat tax, Black and Brown middle- and lower-income people paid $4 billion more in taxes than they would have if the fair tax had been in place and the wealthiest people, mostly White, paid $27 billion less.”

Duncan says state lawmakers shouldn’t be entrusted with the additional power that comes with a graduated tax.

“To be able to … is a power, and a dangerous one that they don’t deserve and we don’t need,” Duncan said. “We don’t trust that somehow, they’re going to make it easier on us. … This measure will not fix the problem in Springfield, which is completely mis-budgeting all of our money. The taxes that we pay will never be enough if we’re not making sure that the taxes are used properly.”