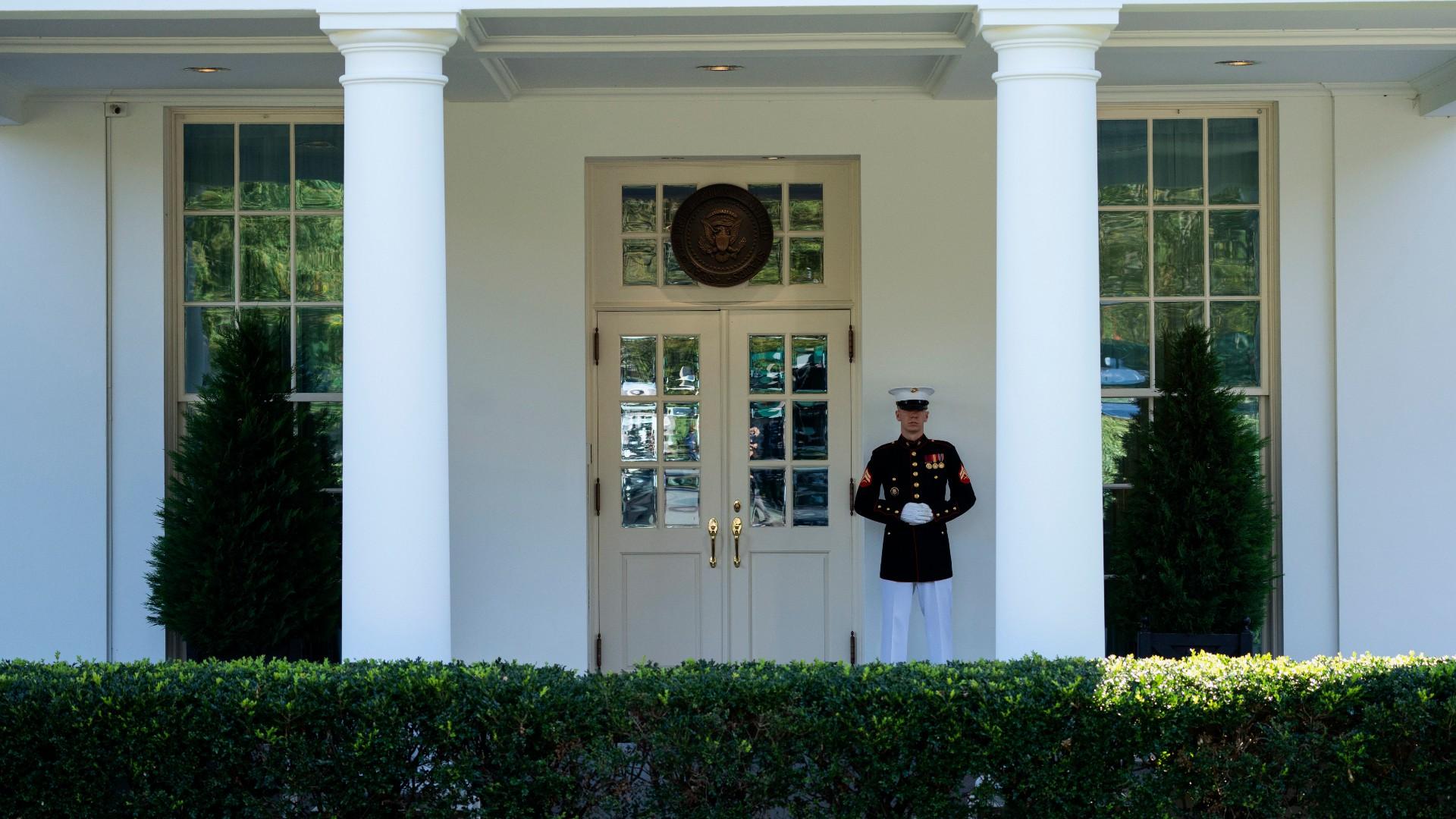 A Marine is posted outside the West Wing of the White House, signifying the President is in the Oval Office, Wednesday, Oct. 7, 2020, in Washington. (AP Photo / Evan Vucci)

Native American advocates have pressed states for years to change Columbus Day to Indigenous Peoples Day over concerns that Christopher Columbus helped launch centuries of genocide against indigenous populations in the Americas.

“Sadly, in recent years, radical activists have sought to undermine Christopher Columbus’s legacy,” Trump said in his proclamation declaring Monday Columbus Day. “These extremists seek to replace discussion of his vast contributions with talk of failings, his discoveries with atrocities, and his achievements with transgressions.”

Trump has been projecting himself as a defender of America’s history and monuments as he seeks reelection. He signed an executive order recently to establish a commission to promote what he calls “patriotic education.” The move is in part a response to The New York Times’ “1619 Project,” which highlights the long-term consequences of slavery and the contributions of Black Americans.

Trump frequently cites the commission at his campaign rallies, and he did so again in his proclamation Friday.

Trump has also ordered federal agencies to end diversity training programs. In his proclamation Friday, he said many such programs “are grounded in the same type of revisionist history that is trying to erase Christopher Columbus from our national heritage.”

“Together, we must safeguard our history and stop this new wave of iconoclasm by standing against those who spread hate and division,” Trump declared.