Vision 2020: What Are the Rules Around Poll Watching? 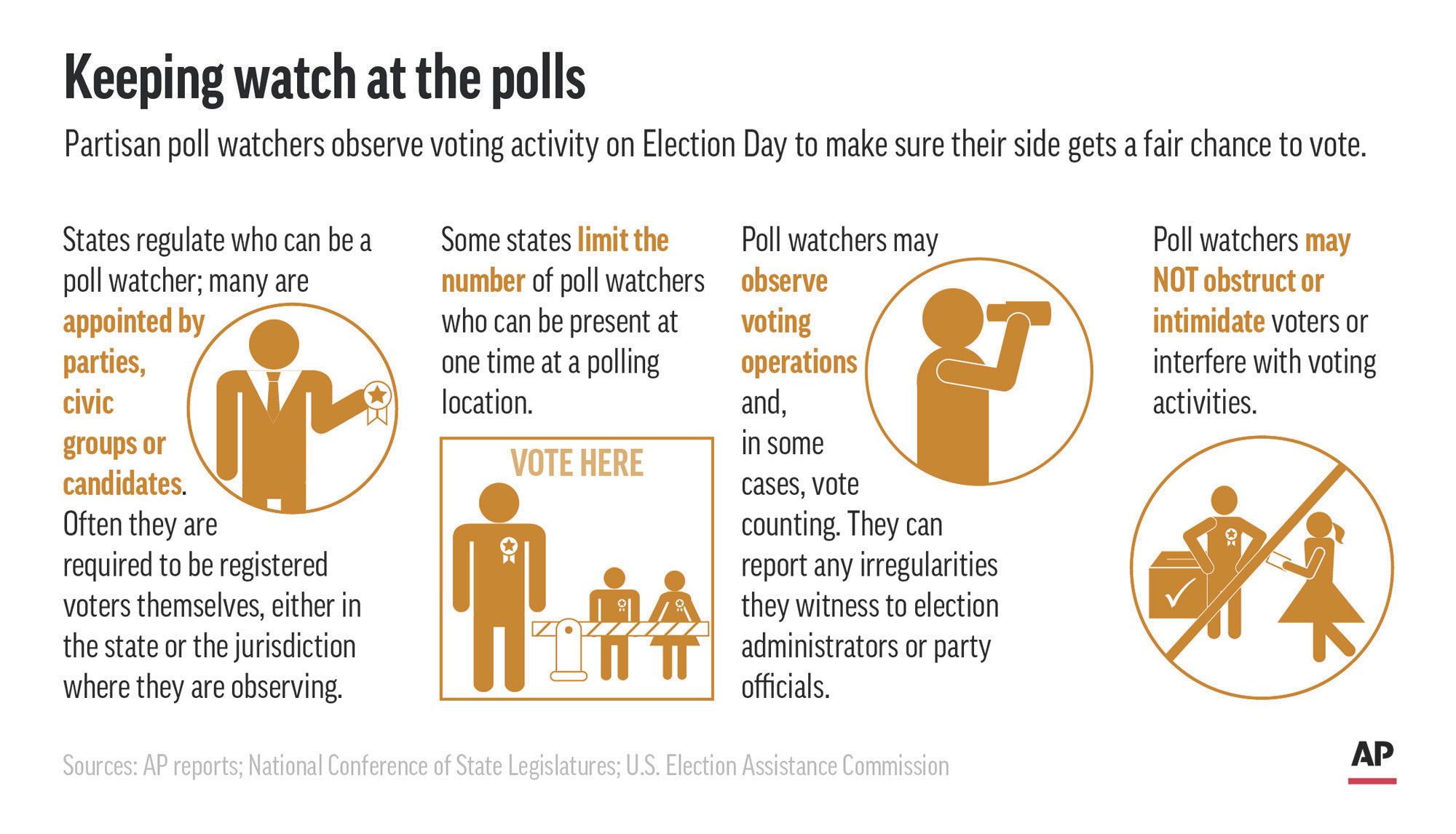 WASHINGTON (AP) — What are the rules around poll watching on Election Day in the United States?

President Donald Trump has been urging his supporters to go the polls and “watch very carefully,” raising concerns about possible voter intimidation.

Monitoring the votes at polling places is allowed in most states, but rules vary and it’s not a free-for-all. States have established rules, in part, to avoid any hint that observers will harass or intimidate voters. There is a long history of whites intimidating and preventing Blacks from voting in the South. And the Republican Party had been prohibited from employing poll monitors until recently because of its own history of using them as a strategy for intimidation.

Generally, the terms poll watchers, poll monitors and citizen observers are interchangeable, and they can be partisan or nonpartisan. Nonpartisan poll watchers are trained to monitor polling places and local elections offices that tally the votes, looking for irregularities or ways to improve the system. Partisan poll watchers are those who favor particular parties, candidates or ballot propositions and monitor voting places and local election offices to ensure fairness to their candidates or causes. They can make note of potential problems as a way to challenge the voting or tabulating process. In all cases, poll watchers are not allowed to interfere with the conduct of the election. In some states, they are allowed to challenge individuals’ eligibility to vote; in those cases, a voter may need to file a provisional ballot.

State rules vary on who can be a poll watcher, how many are allowed at polling places or local elections offices, and how they must conduct themselves inside the office or precinct. In most states, political parties, candidates and ballot issue committees can appoint poll watchers, according to the National Conference of State Legislatures. They are usually required to be registered voters, but states differ on whether the poll watcher must be registered in the county or precinct rather than just in the state.

This fall’s election will be the first in nearly 40 years in which the Republican National Committee will be out from under a consent decree that restricted its ability to engage in coordinated poll watching activities. Democrats are concerned that could open the door for Republicans to engage in the same kind of voter intimidation that resulted in the consent decree in the first place in the early 1980s.

Vision 2020 is a new series from the AP dedicated to answering commonly asked questions from our audience about the 2020 U.S. presidential election. Submit your questions at: [email protected]. AP’s Advance Voting guide brings you the facts about voting early, by mail or absentee from each state.