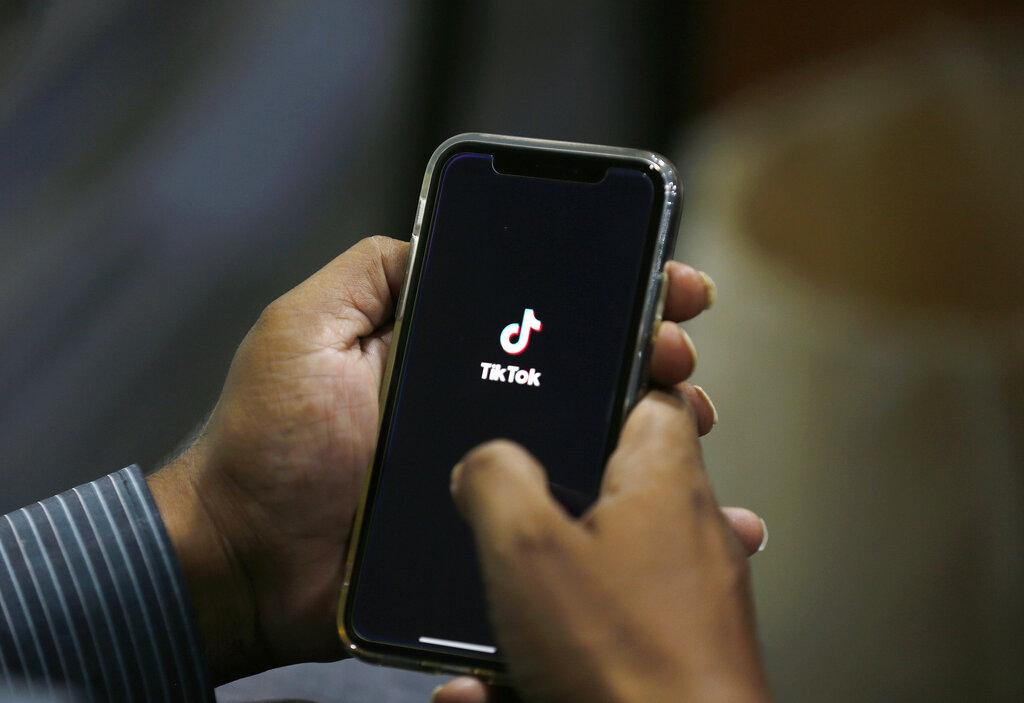 NEW YORK (AP) — President Donald Trump said Saturday he’s given his “blessing” to a proposed deal that would see the popular video-sharing app TikTok partner with Oracle and Walmart and form a U.S. company.

Trump has targeted Chinese-owned TikTok for national security and data privacy concerns in the latest flashpoint in the rising tensions between Washington and Beijing. The president’s support for a deal comes just a day after the Commerce Department announced restrictions that if put in place could eventually make it nearly impossible for TikTok’s legions of younger fans to use the app.

Trump said if completed the deal would create a new company likely to be based in Texas.

Trump said the new company will be hiring at least 25,000 people and making a $5 billion contribution to a fund dedicated to education for Americans. “That’s their contribution that I’ve been asking for,” he said.

TikTok said Oracle and Walmart could acquire up to a cumulative 20% stake in the new company in a financing round to be held before an initial public offering of stock, which Walmart said could happen within the next year. Oracle’s stake would be 12.5%, and Walmart’s would be 7.5%, the companies said in separate statements.

The deal will make Oracle responsible for hosting all TikTok’s U.S. user data and securing computer systems to ensure U.S. national security requirements are satisfied. Walmart said it will provide its ecommerce, fulfillment, payments and other services to the new company.

“We are pleased that the proposal by TikTok, Oracle, and Walmart will resolve the security concerns of the U.S. administration and settle questions around TikTok’s future in the U.S.,” TikTok said in a statement.

Trump has been demanding that the U.S. operations of TikTok be sold to a U.S. company or else be shut down. He’s also been targeting WeChat, another Chinese-owned app.

The administration contends that the user data collected by the two apps could be shared with the Chinese government. On Saturday, Trump said the U.S.-based TikTok “will have nothing to do with China.” TikTok says it has 100 million U.S. users.

Earlier Saturday, WeChat users asked a U.S. judge to block the government’s actions, saying they would restrict free speech. WeChat is an all-in-one app with instant-messaging, social media and other communication tools. The U.S. government argued that it is not restricting free speech because WeChat users still “are free to speak on alternative platforms that do not pose a national security threat.”

U.S. Magistrate Judge Laurel Beeler asked lawyers for the government and WeChat users whether the prohibitions would cripple WeChat as soon as the clock ticked from Sunday night into Monday morning without a resolution. An attorney for the government said they would likely lead to a “degradation” of WeChat over time.

Judge Beeler did not rule immediately on the motion.

WeChat has millions of U.S. users who rely on the app to stay in touch and conduct business with people and companies in China and around the world. In court filings, the founder of the Mental Health Association for Chinese Communities, who is a U.S. citizen in California, said that the group’s primary tool to reach out and provide services to Chinese Americans is WeChat.

“Since many of the Chinese community members we serve are not fluent in English, WeChat is the only online tool that they rely on,” Elaine Peng said.

The Trump administration’s aggressive tactics are part of its latest attempt to counter the influence of China, a rising economic superpower. Since taking office in 2017, Trump has waged a trade war with China, blocked mergers involving Chinese companies and stifled the business of Chinese firms like Huawei, a maker of phones and telecom equipment.

China-backed hackers, meanwhile, have been blamed for data breaches of U.S. federal databases and the credit agency Equifax, and the Chinese government strictly limits what U.S. tech companies can do in China.

China’s ministry of commerce condemned the U.S. moves and urged it to stop what it called bullying behavior. It also said China may take “necessary measures” to protect Chinese companies.

The U.S. Treasury Department said Saturday that TikTok’s deal still needs to close with Oracle and Walmart, and it also needs documentation and conditions to be approved by the Committee on Foreign Investment in the United States.

That, of course, also leaves the potential for more roller coasters of emotion for TikTok users, such as Haley Hoffman Smith, a 24-year-old who moved to Manhattan this year to pursue her dream of becoming a talk-show host. She said she had just hit 100,000 followers on TikTok and was crushed on Friday to hear it may be headed for a shutdown.

“TikTok is an inextricable part of my dream chasing story,” she said, “and to lose it forever would not only be an inconvenient setback, but an absolute heartbreak.”